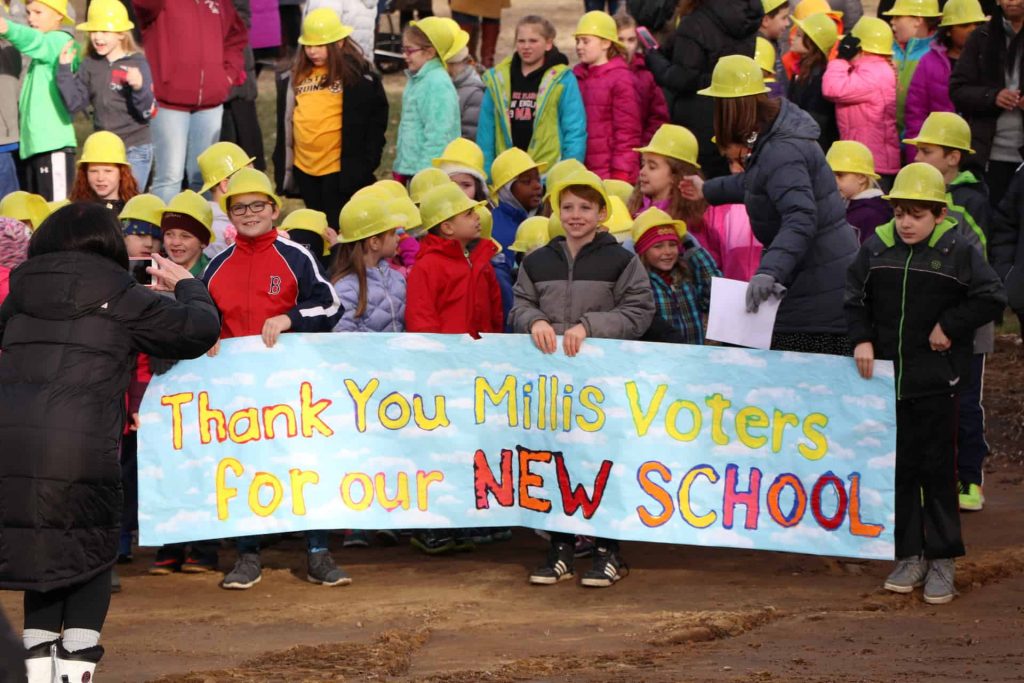 Millis, MA – A groundbreaking ceremony was held recently to celebrate the start of the new Clyde Brown Elementary School in Millis, Massachusetts.

The new 90,000sf Collaborative for High Performance Schools (CHPS) energy-efficient facility is designed around a forward-thinking educational plan with flexibility for the future. A key feature of the design is to deploy the media center out to academic pods to create learning corridors that are expanded and useable for multiple modes of teaching.

Superintendent of Schools Nancy Gustafson welcomed guests, faculty, and students to the ceremony. “The outcome [of this school project process] truly exceeds my dreams,” she said. “We will have a building that not only brings the fifth grade back into a more developmentally appropriate setting but also alleviates the crowding in the middle-high school.”

Agostini Construction is the general contractor, and Compass Project Management is the OPM. The project architect is Tappé Architects. 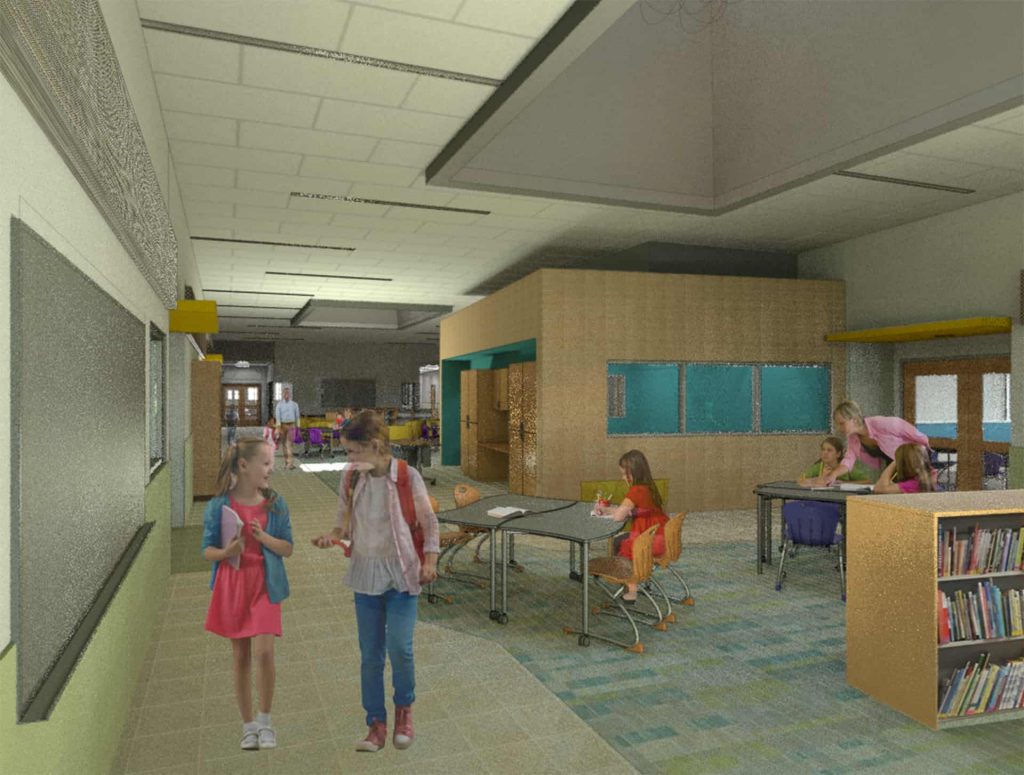 Invited guests to the event included Jack McCarthy, Deputy Chief Executive Officer/Executive Director of the Massachusetts School Building Authority.  Mr. McCarthy took a moment to speak, committing the MSBA’s ongoing support to the project as it unfolds.  Massachusetts State Representative Shawn Dooley offered words of praise for the community of Millis in backing the school project, and he presented a citation from the House of Representatives congratulating the town of Millis.   Erika Jacques from the office of Senator Richard Ross presented a citation of congratulations from the Massachusetts Senate as well.   Kate Kelly, from the office of Representative David Linsky, was in attendance to offer congratulations from Representative Linsky on the occasion of the official start of the building construction process, and his excitement and continued support for the project. 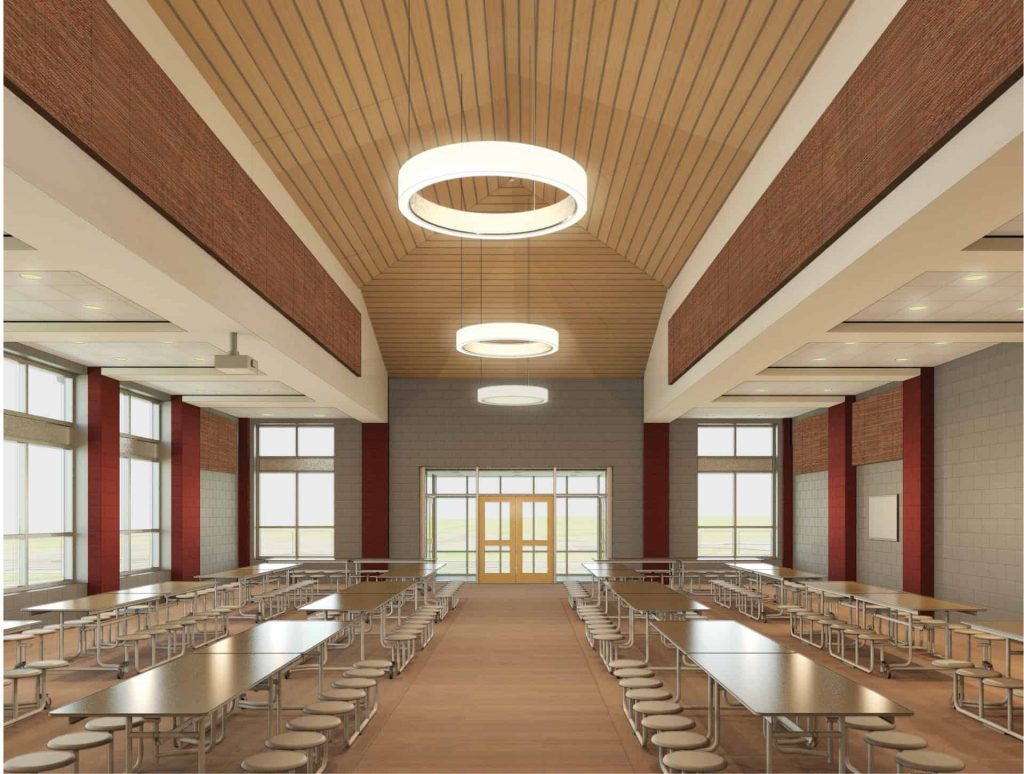 “We are delighted that the project has reached this significant milestone,” said Charles Hay, managing principal at Tappé Architects. “The new school will offer a wonderful 21st century learning environment for the students of Millis and helps to create a campus with the Middle/High School that benefits the entire District.”

Clyde F. Brown Elementary School principal, Jason Phelps, spoke briefly to thank the voters of Millis, on behalf of the school community, for their support of the project, and introduced the entire student body of Clyde F. Brown Elementary School, in attendance with bright yellow plastic “hardhats”, as they were led by the Grade 4 students in singing “This Land is Your Land” accompanied on the guitar by Music teacher Mark Femino.

Wayne Klocko, Chair of the Millis Elementary School Building Committee, shared words of thanks to the entire Elementary School Building Committee for their commitment and hard work over the course of the project to date.  Jim McCaffrey, Chair of the Millis Board of Selectmen, spoke at the occasion of the ceremony as well.  McCaffrey stated, “Today’s ceremony [marks] a new investment by this community in our future.  This project says a lot about our town and the willingness of this community, as a whole, to invest in our children”.

Chair of the Millis School Committee, Denise Gibbons, concluded the ceremony remarks, offering heartfelt thanks to the community for their investment in the future of the children of Millis, recognizing members of the community who were instrumental in supporting the project from its inception.  The Millis Marching Band, led by band director Janice Norton, closed out the ceremony with their rendition of “Celebration”.  Following the ceremony, student representatives from each grade level, Kindergarten through Grade 4, were invited to take part in a ceremonial “groundbreaking” using small shovels to mark this historic day.