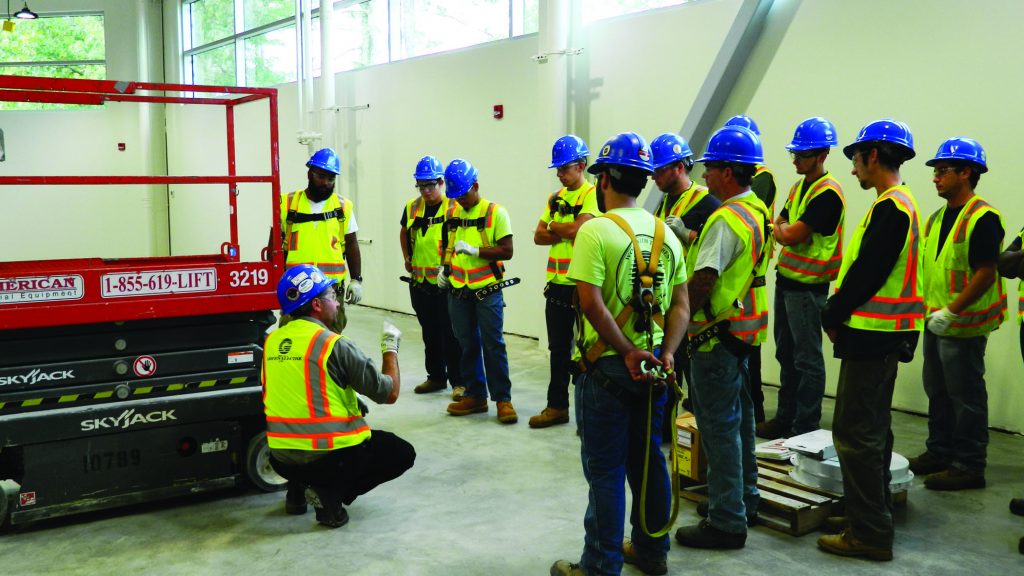 Forklift training in the apprenticeship program

Holliston, MA – Wayne J. Griffin Electric, Inc., an electrical subcontractor throughout New England and the Southeast, celebrates its 40th anniversary in 2018. Since its inception in 1978, the company has grown to become one of the leading electrical merit shops in the country, most recently ranking 23rd in Engineering News Record’s (ENR) 2017 listing of the top 50 national electrical contractors and first in the state of Massachusetts.

With typically over 200 active jobsites at any given time across New England and its four regional office locations in North Carolina, Alabama, and Georgia, the company has achieved over $4 billion in revenue over the past four decades. The Griffin team serves clients in markets ranging from commercial, education, and municipal to medical, industrial, and transportation. 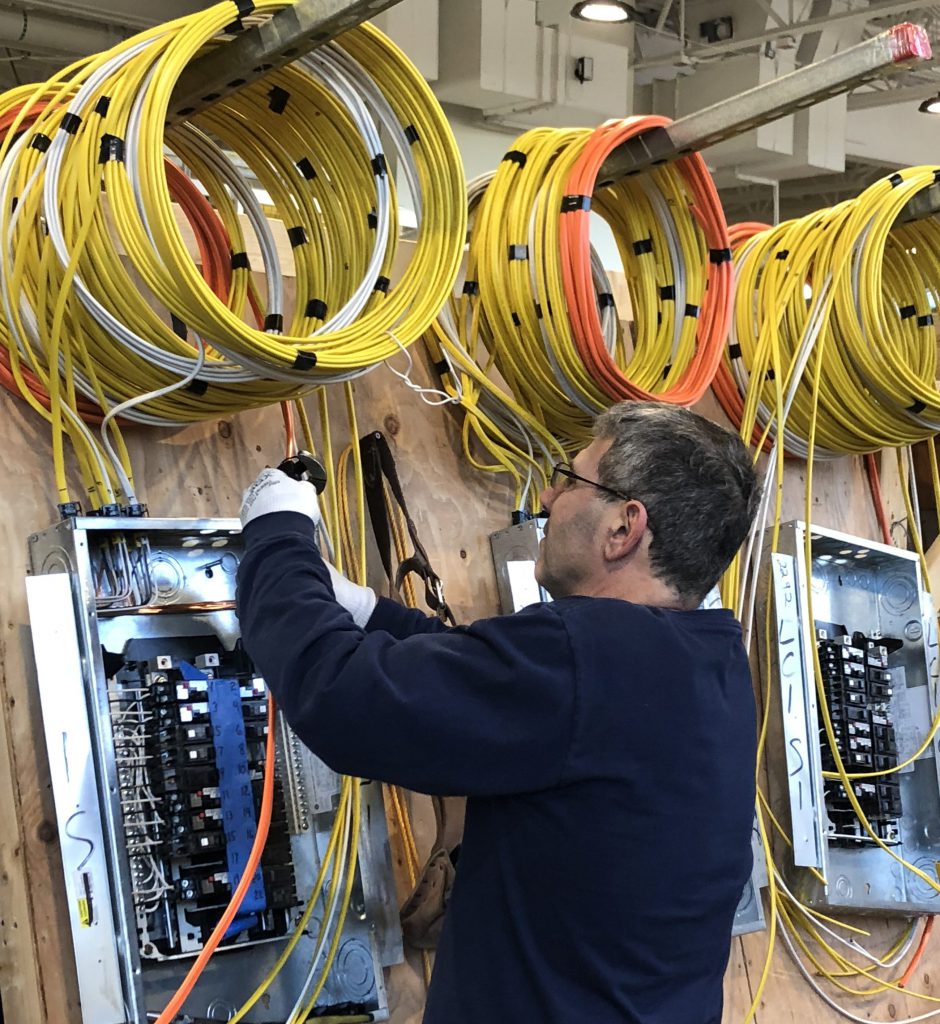 Griffin Electric strives to consistently “provide a higher level of quality, safety, commitment, and value for its customers and employees,” which has allowed the company to build long-standing relationships and secure repeat business with notable clients such as Dell EMC, Amazon, Liberty Mutual Insurance, the United States Army, Biogen, and many others.

Fostering these relationships with general contractors, project owners, vendors, and especially the company’s employees, is what founder and president Wayne J. Griffin credits for Griffin Electric’s success over the years.  The dedicated men and women of the Griffin team, from the office to the field, including students enrolled in the in-house Apprenticeship Training Program, are ultimately the foundation of strength for the company and a major reason it has been able to attain such significant milestones.