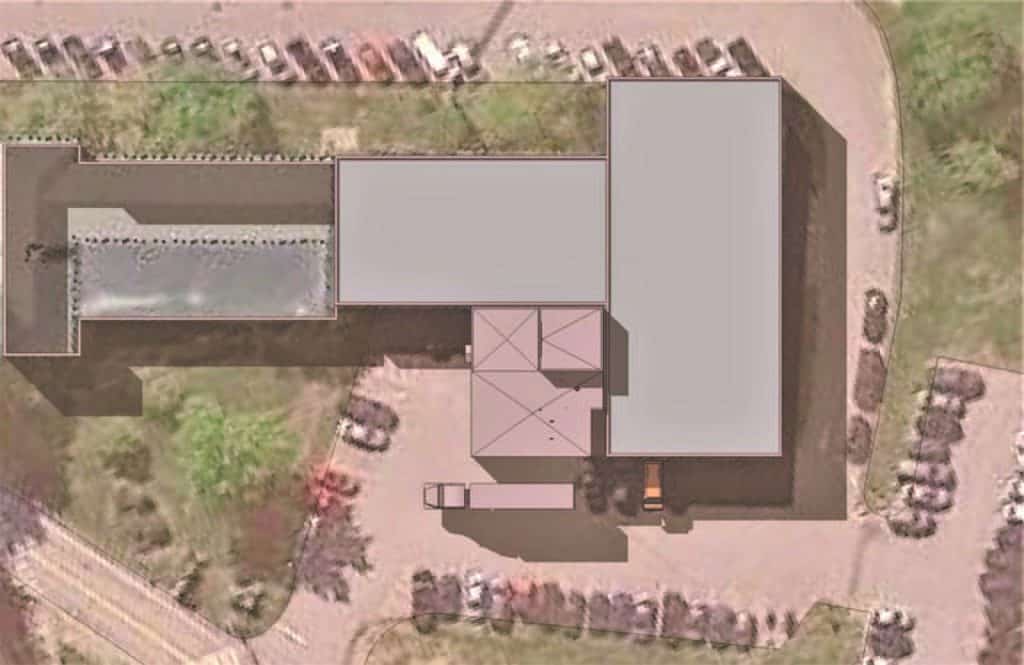 Durham, NH – Froling Energy is building the University of New Hampshire’s first large-scale biomass boiler system on the Durham campus. Located directly across the street from Wildcat Stadium, the new Northwest Heating Plant will provide heat and hot water to four buildings and 10 greenhouses in the Thompson School neighborhood.

This winter, the new wood chip boiler and two new LP gas back-up boilers will be the sole source of heat for these buildings. A key part of the project is to run pipes underground to create a small-district heating system serving Putnam Hall, Barton Hall, Cole Hall, the Veterinary Diagnostic Lab, and the 10 MacFarlane greenhouses. 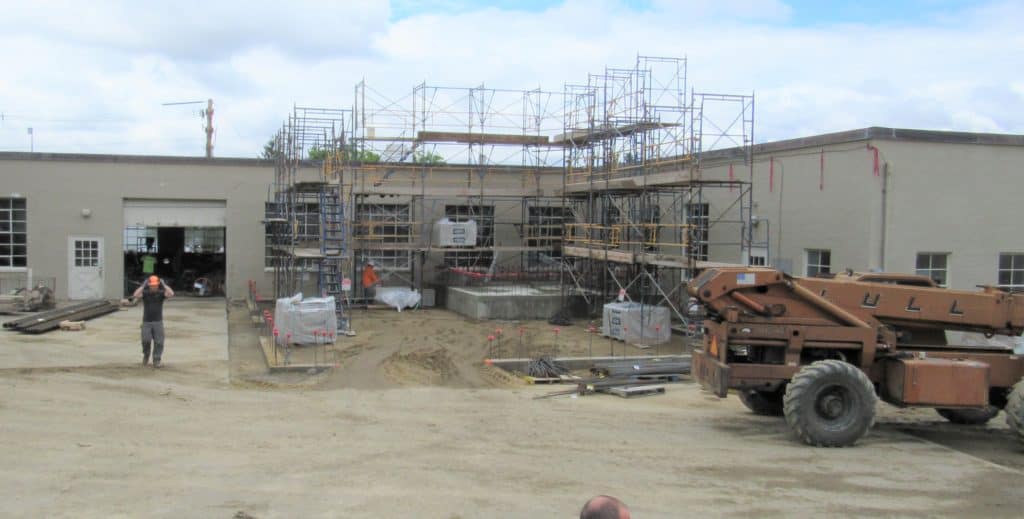 UNH’s central combined heat and power plant had provided heat to these buildings for many years, but the long pipe run-out to the Thompson School area was failing. Instead of spending money on replacing the old pipes, it was decided to create a new separate district-heating system fueled by one of New Hampshire’s important renewable fuels: wood chips.

UNH facilities officials calculate that the plant will consume 750 tons of semi-dry wood chips (PDCs), which is the equivalent of over 70,000 gallons of No. 2 fuel oil (or over 91,000 therms of natural gas). PDCs are screened wood chips with 25% to 30% moisture content, made from sustainably harvested trees sourced from forests in southwest New Hampshire and central Massachusetts. 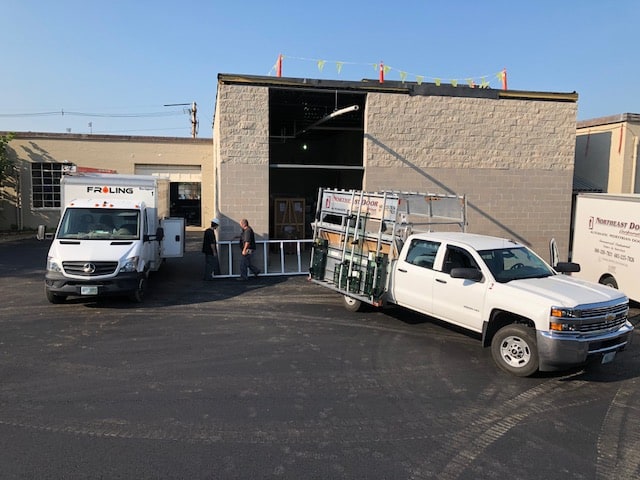 The biomass boiler is a 2.45 million BTU/hour output Viessmann Vitoflex 300-UF which employs gasification technology, oxygen sensor-based combustion controls, and a multi-cyclone in the stack to make this one of the most efficient, most reliable, and cleanest burning wood chip-fired boiler systems available.

A 45-ton capacity vertical PDC storage silo is being built into the boiler house. PDCs are delivered a bit like oil: from a truck that pumps it through a hose and into a tank. But with PDCs, a blower truck blows it through a 5-inch-diameter hose into the silo. The simplicity of this delivery method significantly reduced the project’s cost. Forty-five tons of PDCs have the heat value of about 4,300 gallons of fuel oil, but they are locally sourced and near carbon neutral. Locally sourced means fuel dollars stay here, which is good for the New England economy.

Froling Energy is acting as the general contractor on this project and it has also just received the contract for supplying PDCs for the coming winter.

The plant is expected to be operational in October, with final completion in December.