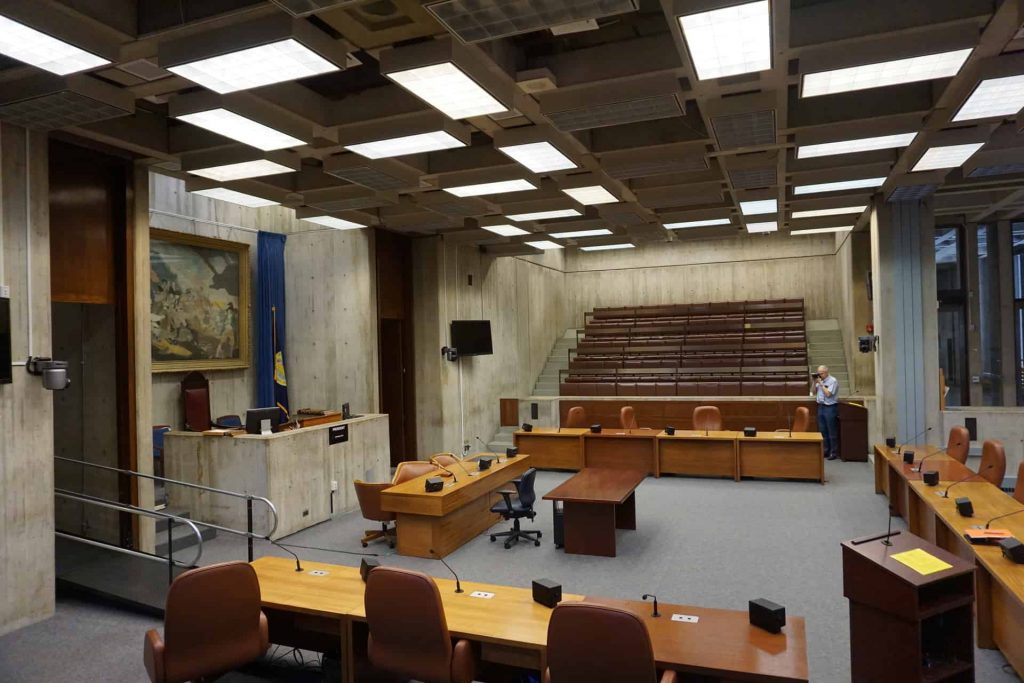 Boston – Finegold Alexander Architects announced that it has received approval to proceed with the redesign of the Boston City Hall Council Chamber to enhance handicap accessibility and implement technology and system upgrades. City hall is the seat of government for the city of Boston, housing the mayor’s office, the city council, numerous departmental offices, and the Boston Planning and Development Agency. 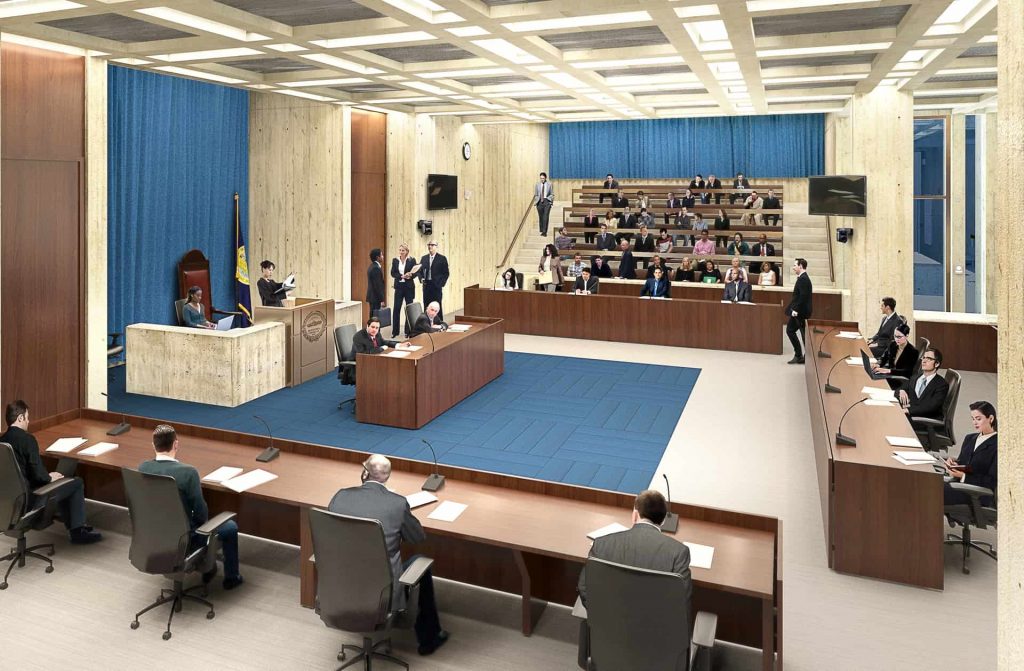 In the design for modifications, the councilors’ floor is raised to be flush with the surrounding main floor level. “Raising the floor will eliminate the ramps between visitor seating, the councilors, and the podium, and accessibility will be universal. Circulation will be as direct as it is now, but with no intermediate steps, and will promote a more casual atmosphere to the chamber as well,” said Christopher Lane, senior associate, Finegold Alexander Architects.

In addition to accessibility improvements noted above, improvements to the room’s acoustics, replacement of lighting fixtures, and upgrades to telecommunications and audiovisual systems will be included. The firm is working in collaboration with Meek Consulting Group for the design and installation of new carpeting, replacement of the councilors’ desks, and selective replacement of other movable furniture.

“We look forward to a space that will truly serve all residents and continue to connect us with the history of our building and our city,” said Boston City Council President Michelle Wu, “It has been wonderful to partner with this team to oversee renovations of the City Council Chamber that will provide universal accessibility while honoring the iconic nature of City Hall’s architecture.”

“The project is an interesting one as it relates to the preservation of this unique structure. Construction was completed in 1968, and the building is a prominent example of the monumental Brutalist architectural style of that time, featuring facades and interior surfaces of exposed cast-in- place concrete,” said Jim Alexander, Principal, Finegold Alexander Architects The original architects were Kallmann, McKinnell, and Knowles, and there will be no change to the building’s Brutalist concrete motif.