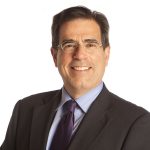 Innovation in construction usually calls to mind design technology and advanced building materials. In a tight real estate market where efficiency in all its forms is paramount, close collaboration between the architect, consultants, and the general contractor can make for an innovative and seamless construction process.

In July 2014, CDM Smith, a global engineering and construction firm, was facing an accelerated design and construction project to prepare for its global headquarters relocation from 50 Hampshire Street in Cambridge to 75 State Street in Boston. The firm desired a more current, collaborative, and engaging space that would appeal to its multigenerational workforce, but it needed to design, build, and move into its new headquarters by March 1, 2015.

From the start, the team was committed to meeting the tight schedule, and close collaboration between MPA, Structure Tone, consultants, and the internal team at CDM Smith made the success of this project achievable.

MPA outlined a conceptual schedule that featured an accelerated design phase, and Structure Tone advised that construction deadlines could be met if the project implemented a prefabricated wall partition system in lieu of stick-built construction. By using a partition system, the demolition and construction work would involve only the floor, ceilings, and MEP systems. Early partition drawings were prepared by MPA and submitted to the partition manufacturer, allowing fabrication to commence before final construction documents were completed.

By submitting early drawings for the construction permit, accelerating the construction phase, and having MEP consultant Bala|TMP collaborate directly with the design team and subcontractors, CDM Smith would be in its new space on schedule.

Strategic Workspaces designed the wall system, and the manufacturer, DIRTT, began fabricating it as soon as MPA finished drawing the design. MPA, Structure Tone, and Strategic Workspaces collaborated closely on the design schedule, and wall components started to arrive on-site within four to five weeks after they were ordered.

Approximately 5,000 linear feet of prefabricated walls with electrical and audiovisual integration were used in custom sizes and finishes. The walls were partially assembled off-site to allow for minimal site disruption and rapid final site construction. CDM Smith valued the flexibility the partition system provided, as well as the added assurance that the approach would deliver the project on time and on budget.

To improve acoustical privacy and reduce sound distraction in the open office environment, acoustical consulting firm Acentech was engaged to design and specify a sound-masking system. Most of the private offices are located on the interior, preserving natural light and views for those in open plan workstations. Flexibility was considered in the design of private offices and in furniture selection, enabling offices to double as meeting spaces. Overall, the quantity of meeting space increased by more than 133% in the new headquarters.

“The team did a remarkable job of delivering this project on time and on budget,” said Timothy B. Wall, president and chief operating officer of CDM Smith. “The success of this project is the result of great people working together exquisitely toward a team goal, understanding their individual and team roles, and having clear expectations of the strategy. Another team could have used the same design and not achieved the same outcome. Staying true to CDM Smith’s passion for client and team partnership, we are proud of the project teamwork that brought our new company headquarters to successful fruition.”