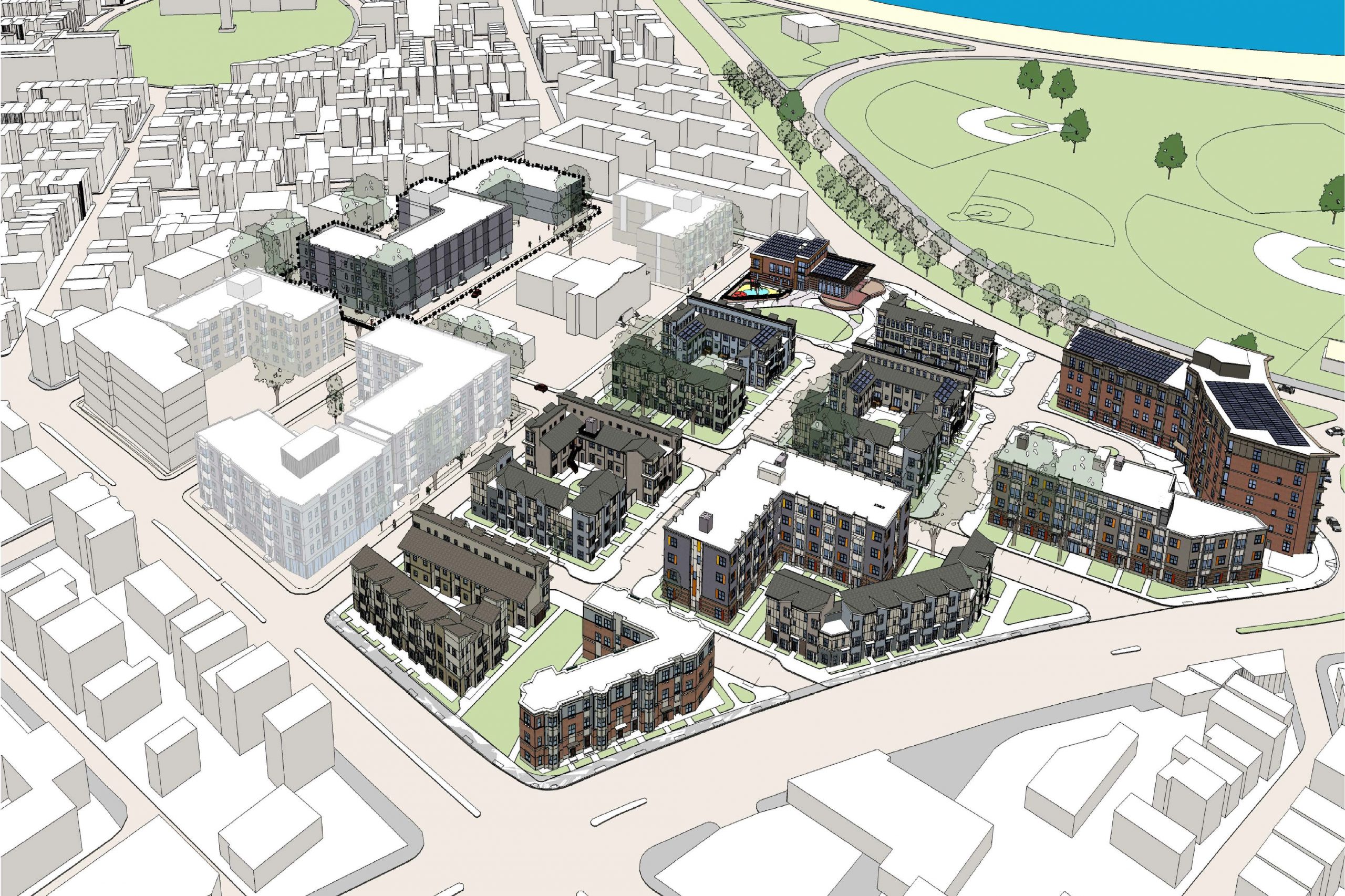 The project is the third phase of a larger multi-phase redevelopment effort that will replace the existing Washington Village public housing project. Designed by DKH Architects, Inc., the project is to be completed by summer 2021.

This new 105,000sf arena, designed by JCJ Architecture, will be built adjacent to the existing Freitas Ice Forum and will meet the requirements of Hockey East. The arena will seat up to 3,500 spectators.

The single-story east wing will include team-related program spaces for both men’s and women’s teams including coaches’ offices, training and weight rooms, hydrotherapy pools and team/coaches’ lockers, toilets and showers.