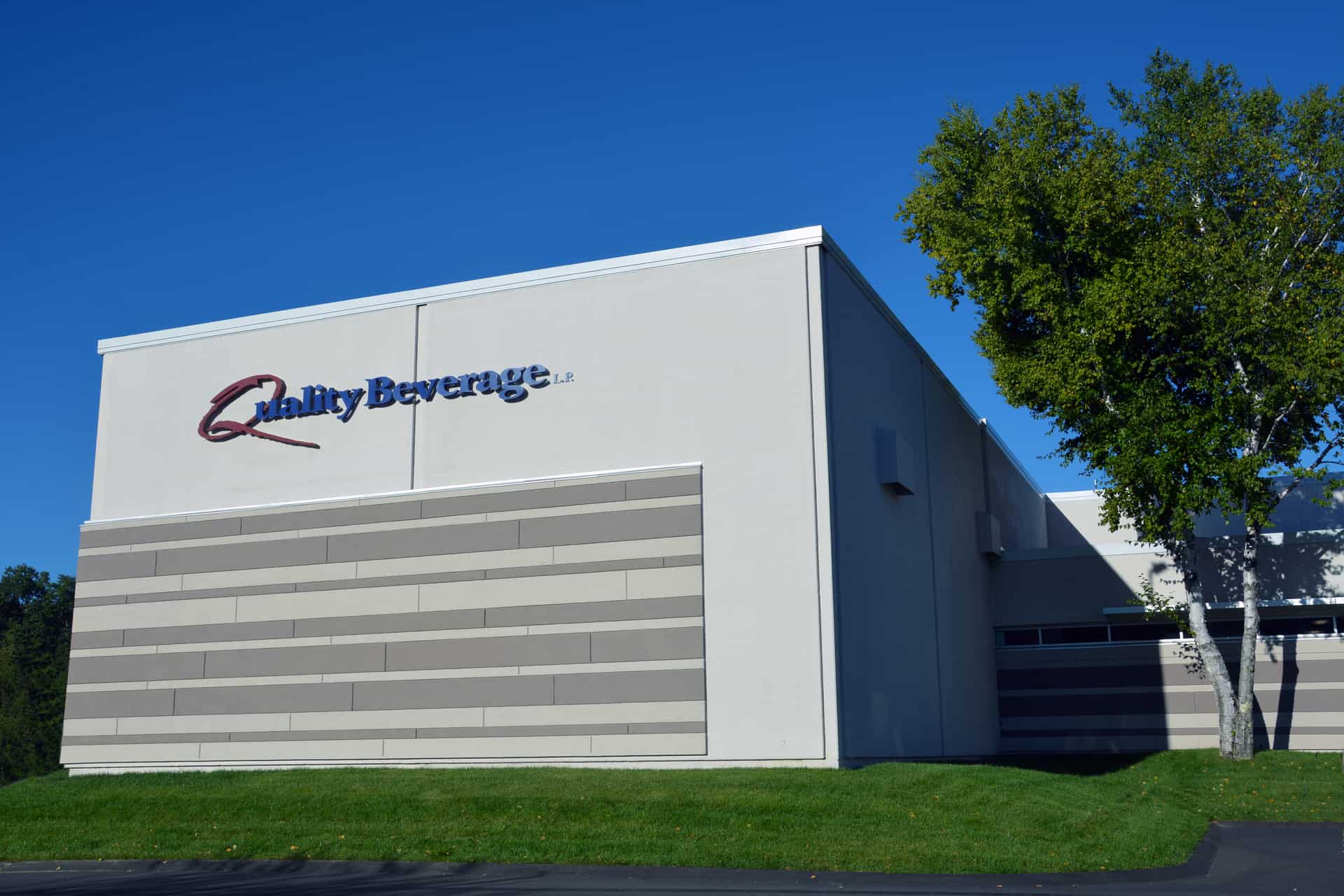 Taunton, MA – In early 2015, Quality Beverage, a distributor of Anheuser-Busch products, was seeking to renovate its facilities. Dacon collaborated with Quality Beverage and Dario Designs, Inc., the owner’s representative, to design, expand, and renovate the headquarters in Taunton and to renovate a second distribution center.

The first facility to be renovated was the 60,000sf distribution center in Auburn. This project included a complete update of the building façade, 7,000sf of renovated office space, a new roof, new pavement, parking, and landscaping. Dacon began construction in October 2015 and completed the construction in April 2016.

Dacon also implemented a phased approach and cost impacts in order to keep the existing facility operational. The project was completed in April 2017.

Similar to the Auburn facility, this project included 14,000sf of interior office renovations to reinforce Quality Beverage’s brand, including a space that could display its premium products. Along with the interior renovations, the project included a few building additions: a 2,500sf mezzanine, a 1,000sf pallet jack charging room, a 4,000sf exterior canopy, and an 8,200sf point-of-sale facility.

Dacon facilitated updating the exterior façade, installing a new roof, and renovating the parking lot and landscaping. The new hospitality suites now serve as an entertainment area for guests, employees, and clients and features a bar and tasting area, with a central elevator that services the entire facility.

The Dacon design-build process was recognized by Quality Beverage to have the ability to provide unparalleled project delivery as a one-stop-shop solution. The built-in ability to streamline resources and use experience to leverage projects early on is exactly what was needed, realizing what scope could be achieved for the budget, all along maintaining a schedule for the project and Quality Beverage’s management team.