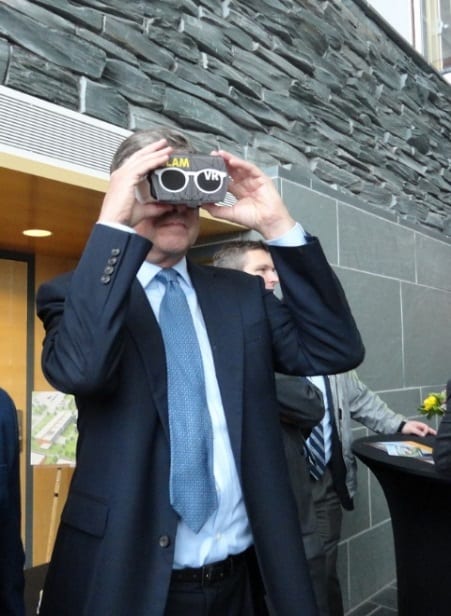 Chelsea, MA – A former 13 million-gallon oil tank farm on the bank of Chelsea Creek is currently under reconstruction to be transformed into a two-story, 5,349sf office space serving as the Rock Chapel Marine headquarters.

Landing Studio, the project’s architectural team, will handle all design elements of the construction. The studio’s design is characterized by low, flat horizontal lines meant to blend in with the flat landscape surroundings.

The renovation includes the development of office buildings, a salt storage unit, a distribution facility, and an urban park. The urban park element will include an amphitheater and a platform for viewing barges. The marine headquarters will also provide beneficial road salt for New England roadways and highways.

The reconstruction is projected to be completed by the fall of 2015.

“Our plan was to rehabilitate the original architecture in an innovative way by converting the previous industry plant into an amenity for the public,” said Dan Adams, principal of Landing Studio.

“The project presents logistical challenges due to its proximity to Chelsea Creek,” commented Bud LaRosa, chief business performance officer at Tocci. “Our enhanced communication processes created a reasonable budget while maintaining an excellent design that will result in a product that Rock Chapel Marine can be proud of now and in the future.”

The future benefits of this reconstruction include new salt piles that will shift in scale according to seasonal demand for salt. The redesign also offers a backdrop for artistic light projections.

“This engineered redesign will offer improved storm response efforts, while at the same time creating a useful recreational area for the residents of Chelsea,” said Brian Timm, a senior project engineer at DiPrete Engineering.