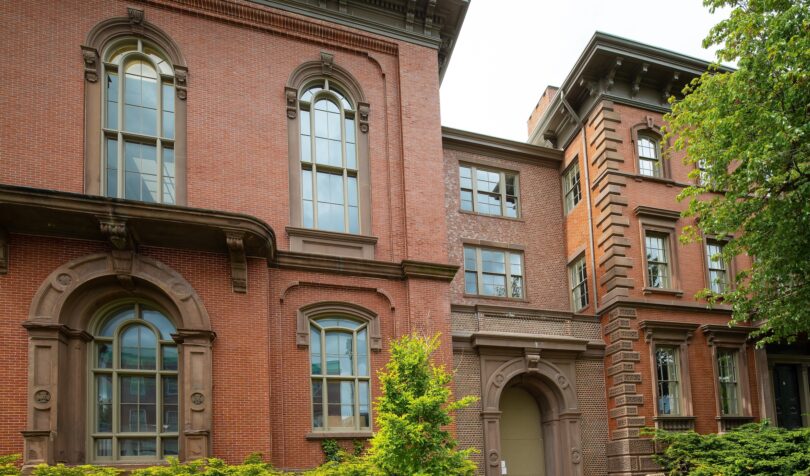 Tracing its founding roots to 1799 with the East India Marine Society, the Peabody Essex Museum (PEM) is a cultural gem and the oldest continually operating museum in America. The museum began housing what Salem sea captains referred to as “natural and artificial curiosities” in the East India Marine Hall in 1825. Today, this historic building is nearly as impressive as the famous artifacts that it houses, according to a recent article.

Over the years, the museum, colloquially known as the PEM, has added on to its original building including, most notably, the 2003 construction of an expansion designed by world-renowned architect and urban planner Moshe Safdie. As museum goers from around the world visit the PEM, they are greeted by an expansive structure that feels both contemporary and yet also in line with the rich history of Salem, Mass., including the original 1825 building.

While perhaps not as glamorous as the museum’s major 2003 expansion, keeping that original building in excellent condition for nearly 200 years is a maintenance accomplishment, and Connolly Brothers, a construction management firm founded in Beverly, Mass. in 1880, has played a behind-the-scenes role in doing so since before World War II and through four generations of the Connolly family.

PEM interim COO, Robert Monk, says, “Institutions like ours have to approach construction projects differently than most commercial operations, and Connolly has been a terrific partner, not only on the construction itself, but in working with us on estimates, scheduling, planning, budgeting, and management.”

Connolly’s most recent work for the PEM includes the exterior and partial interior renovation of Plummer Hall on Essex Street in Salem, in collaboration with Schwartz/Silver Architects. As the museum launches a campus master planning effort, a major focal point will be adaptive reuse of this critically important historic complex. The project involved installing a new fire protection system as well as historic restoration work on the exterior of the building, which is listed in the National Register of Historic Places.

Built in 1856, Plummer Hall was the original location of the Salem Athenaeum and was subsequently sold to the Essex Institute, a predecessor institution to PEM. As a historic structure, the renovation process requires the utmost care to ensure no unwanted marks are made on the architecture.

“There is a level of experience that is essential to being successful in a historic environment like that,” says Jay Connolly, president of Connolly Brothers. “When you’re talking about, for example, restoring the exterior of a very old brick building with a lot of ornate stone, copper, and slate roofing systems, and when you’re working in a building that is an active museum, you’ve got to be confident that everyone involved in the project understands that the level of detail needs to go above and beyond a typical restoration project.”

That attention to detail was also critical on the redevelopment of a building to serve as PEM’s Collection Center and Phillips Library and Reading Room in Rowley, Mass., a facility that houses original documents from the Salem Witch Trials, among other timeless pieces. Stephen Connolly IV, the company’s fourth president, notes that Connolly, which has experience in constructing clean rooms for tech sector clients in need of exacting precision, made sure it got the HVAC systems just right to control temperature and humidity for long-term preservation of historic documents and works of art.

According to Monk, “They are pros and their longevity is testament to how they treat and interact with their clients. Not many companies can say they have been family-owned for five generations, and in addition to professional practices, they are just nice people to work with.”

“We have experienced a lot of the growth that PEM has been through together with them, and we’ve had a wonderful relationship throughout all these many years,” affirms Jay Connolly, noting that Connolly Brothers is also a proud PEM corporate sponsor. “It is a special thing to have worked on so many projects for an institution that is a true cultural staple in our region and in our nation’s history.”