Holliston, MA – Construction manager Colantonio Inc. was recently selected by the Division of Capital Asset Management and Maintenance to perform a general renovation of the historic Senate Chamber and associated Senate Lobby of the Massachusetts State House. 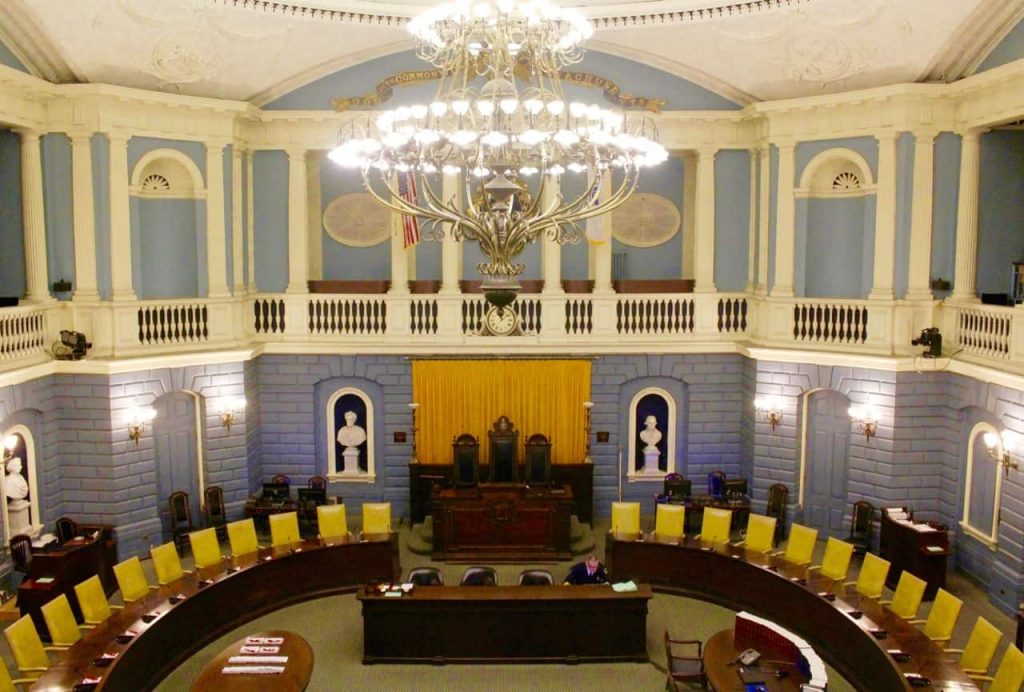 Senate Chamber / all photos by Colantonio

Colantonio is charged with executing the work while preserving the essential architectural elements of the chamber. The firm’s specialists will carefully catalog, remove, restore, and re-install each piece of historic interior architectural woodwork and stained glass. The same method will be applied to the light fixtures, which include a series of decorative wall sconces and the large, wrought-iron chandelier suspended above the center of the dome ceiling. The plasterwork in the dome will be repaired and repainted to meet current acoustical standards. 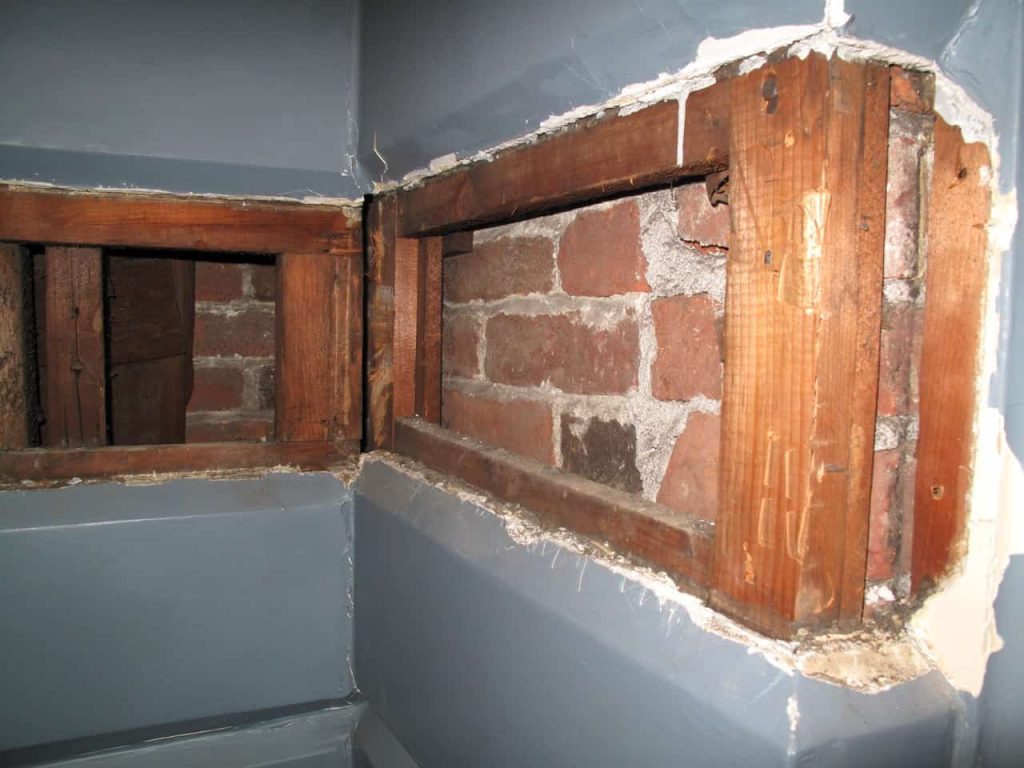 Rustication panel removed from wall at inside 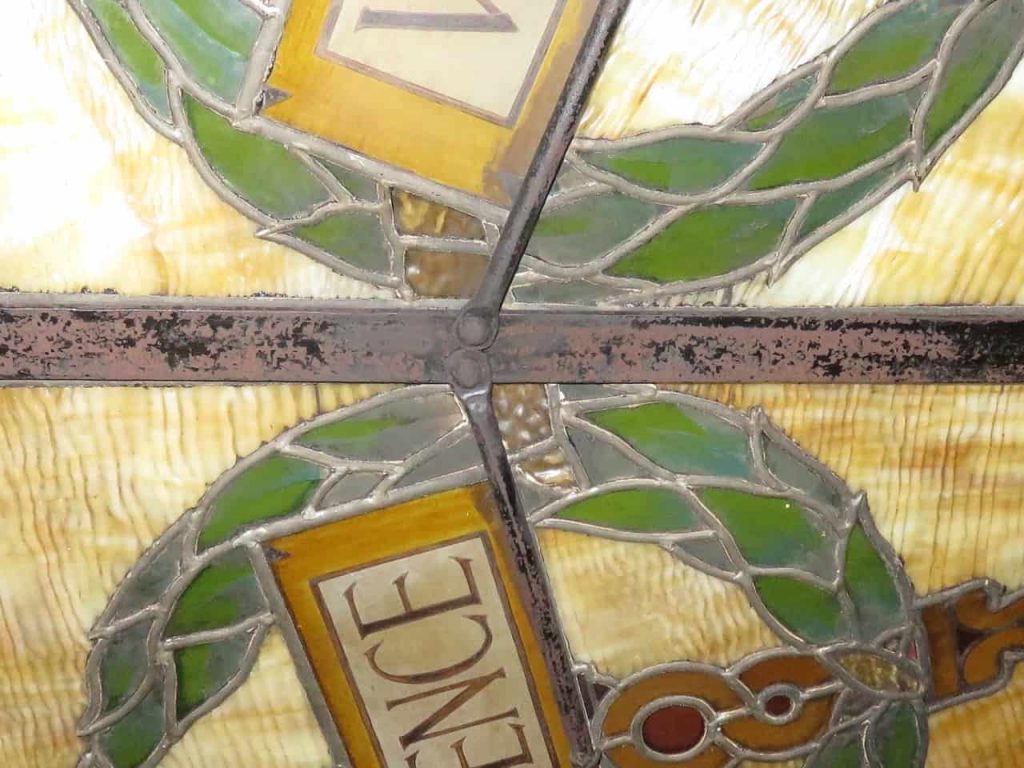 The firm must also protect the surrounding spaces that contain historic materials, finishes, and priceless antiquities while working around the daily operations of the state house.

“The state house is the face of Massachusetts and the city of Boston, and every part of it is meaningful to our nation’s heritage,” said chairman and CEO, Fran Colantonio. “We are honored to work with DCAMM, CBT Architects, and the state house staff to restore the Senate Chamber as its architectural showpiece.” 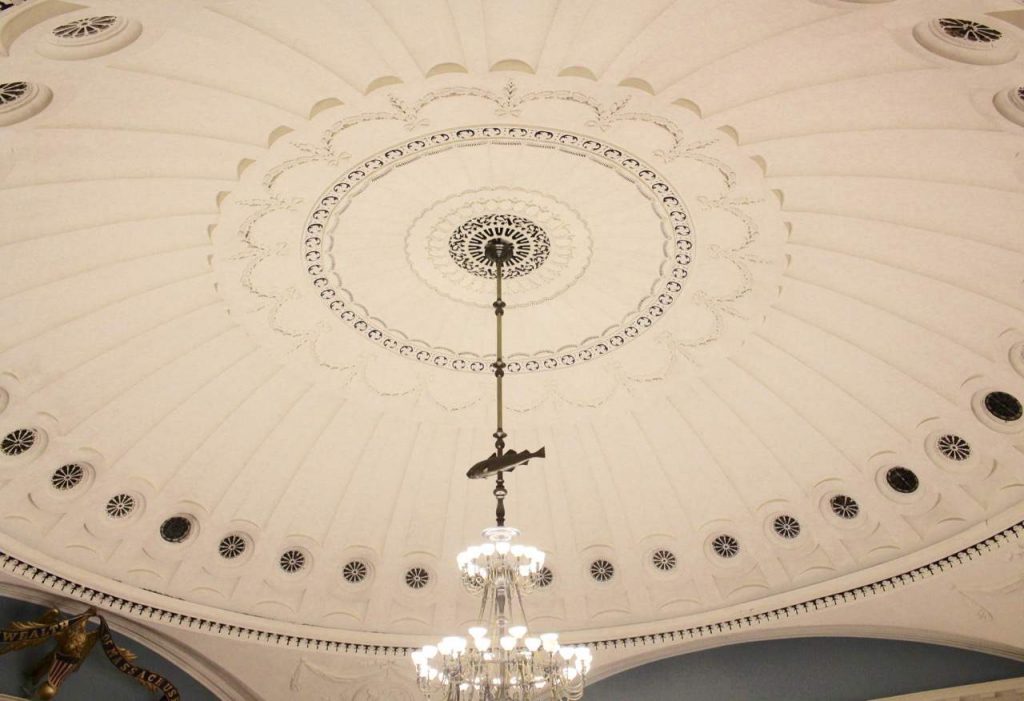 The dome’s sunburst ceiling is lined with 360 pieces of carved wood, each representing a degree of the compass. Carved emblems representing commerce, agriculture, war, and peace sit high on the corners of the four walls, which consist of 1,500 blocks of wood. Marble busts of state and national figures stand in the wall niches and behind the Senate President’s desk. 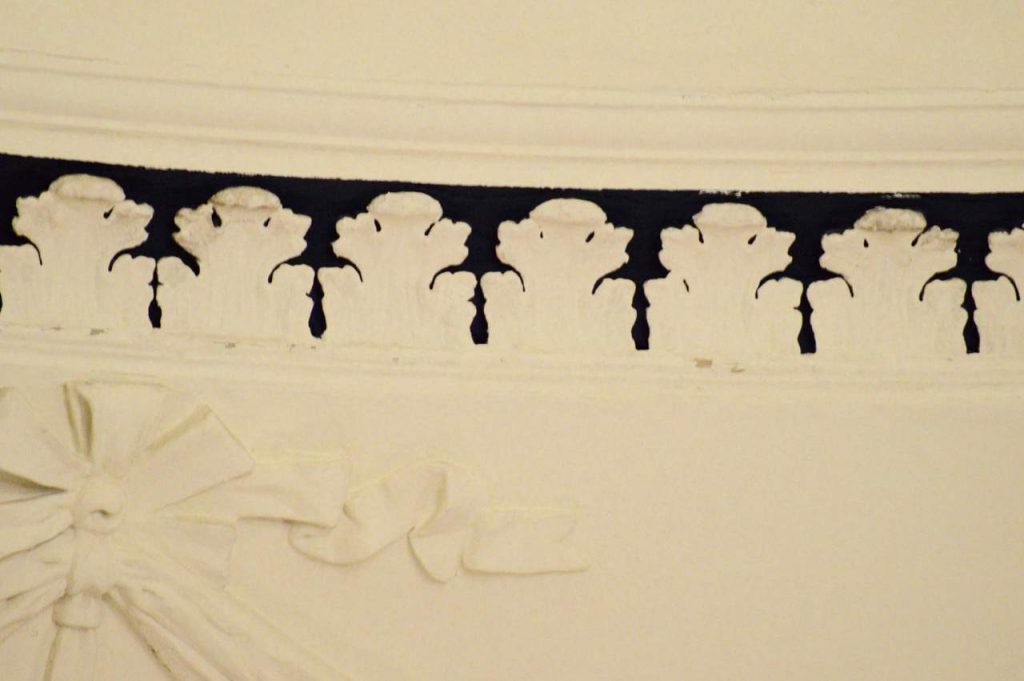 Although little has changed in the Senate Chamber since its last major renovation in 1898, age, wear, poor environmental systems, and more than 20 coats of paint have led to cracked cornices, falling ceiling pieces, and leaning columns. The space needs new or upgraded HVAC, safety, audio, and information technology/data systems. Accessibility and functional improvements must be made to the Senate rostrum, Senator’s benches, Clerk and Court Officer stations, and public gallery seating. Areas of related work include the Senate Reading Room, Lobby, Catering Room, Work Room, Bartlett Hall, and Governor’s Corridor. 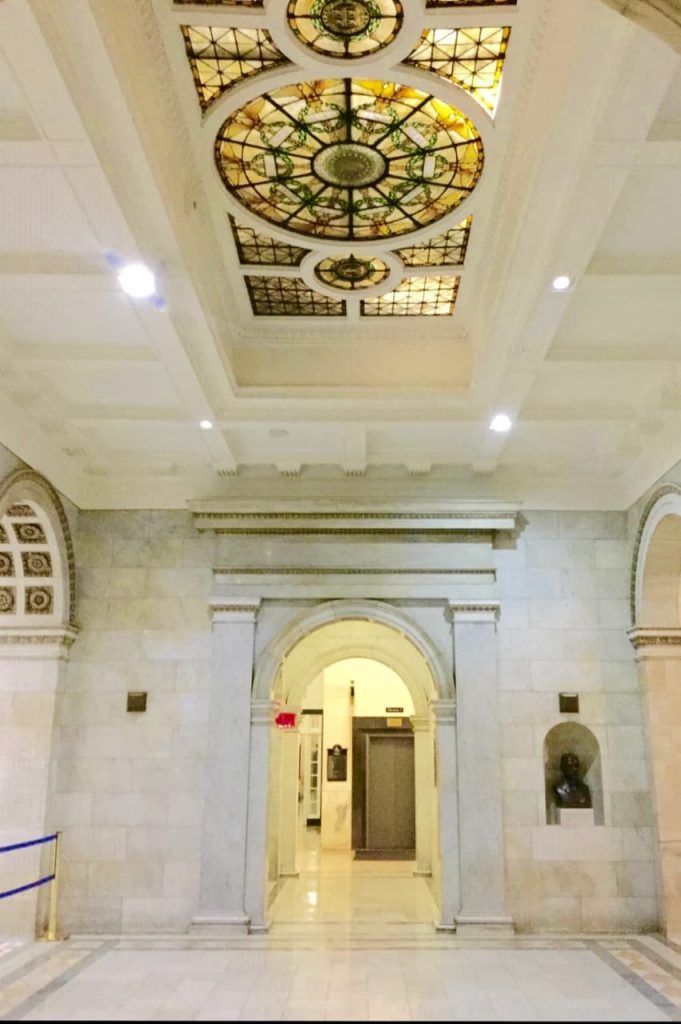 Legislators, who will meet in the Gardner Auditorium in the meantime, can expect to move back into the Senate Chamber in the fourth quarter of 2018.

The state house, designed by noted architect Charles Bulfinch, is considered a masterpiece of Federal architecture and among Bulfinch’s finest works. Built in 1798, it is designated a National Historic Landmark. The Senate Chamber sits on the third floor, directly below the iconic gold dome.