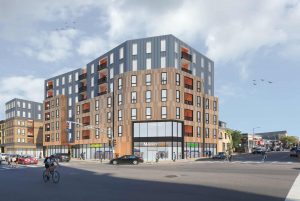 Incorporating the desires and goals of the local community, the project will revitalize the intersection which serves as the gateway to Allston-Brighton while maintaining the history that makes the neighborhood special. 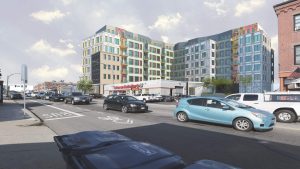 Allston Square will transform a vacant and underutilized stretch of industrial warehouses and parking lots into a vibrant town square of housing, retail, public art and open space connected throughout the project.

The proposed Allston Square development consists of six buildings situated around the prominent intersection of Cambridge Street and Harvard Avenue. The design plan will incorporate the preservation of two classic buildings: Allston Hall at 4 Braintree St. and the Allen Building, the former headquarters of Jack Young Auto Parts at 334 Cambridge St. 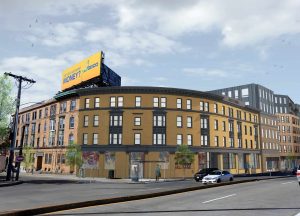 Allston Hall will return to its role as a community gathering space, with ground floor retail topped by one-of-a-kind loft apartments.  The Allen Building will be revitalized, converting from a patchwork warehouse back into beautiful homes, while continuing the iconic yellow brick row house style in a brand new addition. 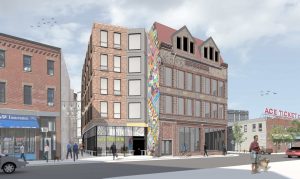 Allston Square will create 341 units of housing, including 237 condominium units and 104 rental apartments. The units will be a mixture of studios, one-bedrooms, two-bedrooms, and three-bedrooms along with several live/work units along the ground floor.

The project is perfectly situated for a myriad of transit options.  Allston Square is a short walk to the Boston Landing MBTA Commuter Rail Station and the MBTA Green Line, and is located directly along several major MBTA bus routes as well as the Mass Pike.