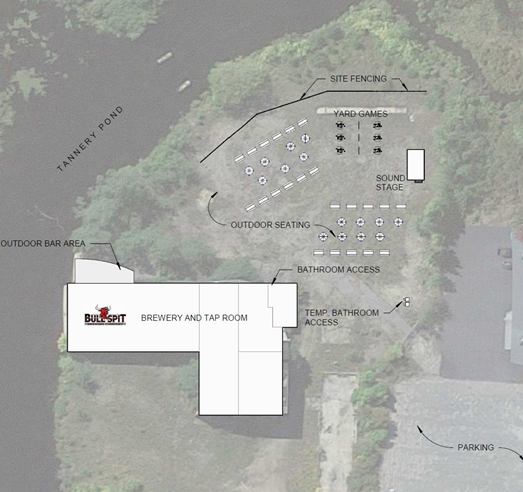 Winchendon,MA – MassDevelopment has awarded $150,200 from the Brownfields Redevelopment Fund to the Town of Winchendon to further assess and remediate a 1.33-acre site at 4 Summer Drive and Rear Extension that previously housed an iron foundry.

Bull Spit Brewing Company, based in Lancaster, is in the planning stages to redevelop the downtown parcel and convert an on-site vacant building into a second brewery and community and business event space on the property. The project includes revitalizing a half-acre section of the property that lies along the Millers River, which the town hopes will catalyze further investment in the area.

The site was formerly operated as an iron foundry by the Baxter D. Whitney & Son Machine Shop & Foundry from approximately 1885 until 1947. Various businesses have since occupied the site, and the last known use was by a trucking company more than 10 years ago. The Town of Winchendon received the property through tax title foreclosure in 2018. A preliminary site assessment commissioned by the town concluded that there are several environmental concerns in site soil and structures. Bull Spit Brewing Company’s anticipated purchase of the property is contingent on the environmental contaminants being addressed.