Boston – MassDevelopment has issued a $14,495,000 tax-exempt bond on behalf of Wilshire Westminster LLC, an affiliate of the Urban Edge Housing Corporation, which will use bond proceeds to renovate, furnish, and equip two multifamily rental housing facilities in the Roxbury and Dorchester neighborhoods: Westminster Court and Wilshire Apartments. 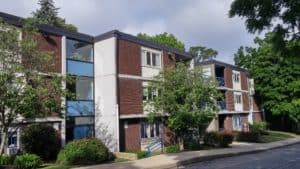 MassDevelopment also assisted the Massachusetts Department of Housing and Community Development with the approval of federal low-income housing tax credits, which will provide $9.6 million in equity for the project. Boston Private Bank purchased the bond.