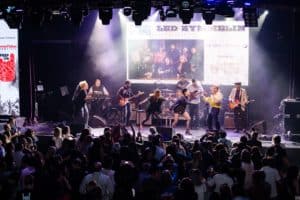 Boston – On May 30, four bands with members from all walks of the Biotech industry will compete, and 50% of the proceeds will be donated to the winner’s chosen charity.  The remainder will be split among the additional three bands’ chosen charities.

“We’re already on our sixth annual event and every year it gets more support and enthusiasm across the industry,” says Carly Bassett, principal at TotalOffice Interiors and BoBB co-chair. “Our fundamental objective has always remained the same across the life of this event: bringing together the talented people in this industry for some fun while supporting remarkable charitable causes.” 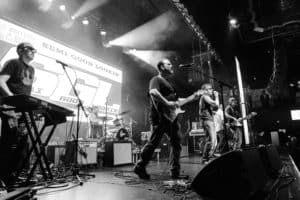 This year Semi Good Lookin’ is playing for IFOPA; Led Zymmelin is playing for Harmony4Hope; JC & The Beakers are playing for The Children’s Cardiomyopathy Foundation;  and Almost the Cure for Joseph’s Hope Scholarship Fund for the Epilepsy Foundation of New England.

Back again, Boston radio legend Candy O’Terry will be the celebrity emcee with an equally impressive judging pane: Charlie Farren (of The Joe Perry Project and Farrenheit); Carter Alan (WZLX Mid-day DJ); and Erica McDermott (SAG/AFTRA actress who starred in “The Fighter” and “Black Mass” to name a few).

“Battle of the Biotech Bands is an amazing opportunity for biotech companies and innovators throughout Boston to rock out with their vendor partners from the architecture, design, building, and supplier industries,” according to Brittany Sampson, marketing coordinator, New England Laboratory Casework Co., Inc

“Where else can you see scientists + charity + rock bands together on one stage. A networking event truly unlike any other – an evening not to miss that our industry looks forward to every year.