Renovating and repurposing a building can involve several factors: preserving existing features, updating building infrastructure, and energizing spaces for their new use. Warehouses offer their own challenges, especially “legacy” buildings that have long become obsolete. An antiquated warehouse in a high-profile location on Quincy’s Squantum Point is emerging as a modern, energy-efficient, and state-of-the-art global distribution center for Boston Scientific Corporation.

As worldwide demand grows for medical devices, the expansion and modernization of Boston Scientific’s global logistics center is an important milestone for the company and the state of Massachusetts. Boston Scientific Corporation, a worldwide developer, manufacturer, and marketer of medical solutions, has located its distribution center in the north building of the vast warehouse complex on Squantum Point since 1997. Located on the Neponset River and visible from Interstate 93 on approach to Boston, the buildings formerly served as warehouses for department store Jordan Marsh & Co. Seeking to expand and modernize its logistics — as well as deepen its roots in Quincy, Boston Scientific is now consolidating all of its operational and distribution functions into a new global distribution center in the south building on Squantum Point.

Half of Boston Scientific’s global product manufacturing, including medical device products such as life-saving stents, will come through this 24-hour distribution facility housing approximately 400 employees. Comprising 60,000sf of office space and a 550,000sf customer fulfillment center, the sustainably designed building will seek LEED Gold certification for existing buildings and features an energy-efficient “smart technology” conveyor system in the distribution center that only operates when a package is detected on it. Boston Scientific selected Margulies Perruzzi Architects (MPA) to design the interior fit-out and building envelope renovations to the state-of-the-art facility, which is expected to be complete in June 2017.

MPA inherited legacy building conditions that guided the repositioning of the warehouse and the development of the open office floor plan. Different weight-bearing capacities of the existing building’s slab limited the location of major building functions such as the warehouse and its accompanying storage. The interior office space was brought up to the Boston Scientific Global Workplace design standards that are being deployed around the world, including global headquarters in Marlborough, Mass. Like the headquarters, branding appears throughout the workspace, highlighting Boston Scientific’s products and patient stories.

The large south building features a unique, L-shaped footprint, so MPA stretched the office spaces along the building’s edge to distribute natural light throughout the office. Different corporate functions occupy each of the L’s wings, maximizing operational efficiency from the unique layout. To enhance the employee experience in the new building, Boston Scientific chose a variety of high-end amenities. As the jewel of the building, the roof terrace adjoining the full-service corporate dining facility offers stunning views of downtown Boston and Squantum Point and provides a compelling amenity for employees.

MPA’s design has repurposed the exterior skin and infrastructure of an antiquated warehouse building into an attractive, energy-efficient, and natural-light-filled office and distribution facility. By incorporating new technologies in logistics and providing an amenity-rich and sustainable work environment, Boston Scientific is investing in the future of this facility in Quincy. 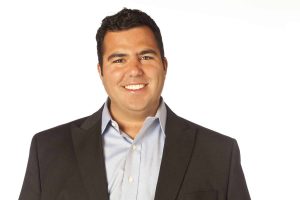