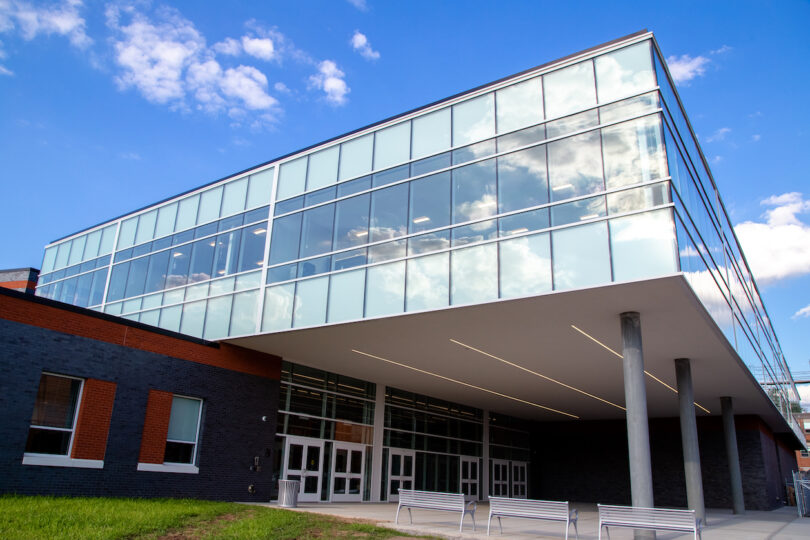 Antinozzi Associates first conducted a facility audit of the school site in 2009 in association with the Capitol Region Education Council, the school district, and the City of West Haven. Based largely on the firm’s delivery of a successful design and extensive public relations effort, Antinozzi Associates was selected for the 275,000sf, $130 million project. 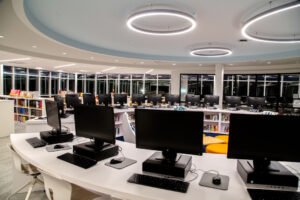 The existing high school site accommodated a 1963 building combining one-, two-, and three-story sections totaling nearly 300,000sf, as well as an extensive new athletic complex recently developed at the south end of the property. The school was occupied during the entire construction period, and the modernization of the facility was implemented in four phases with the majority of the new construction occurring in the common spaces: the auditorium, cafeteria, and gymnasium. 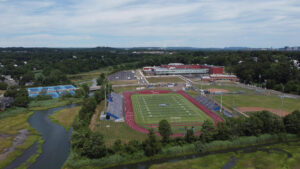 With the emerging focus on school facilities functioning as community gathering spaces, the auditorium and art/music areas were designed to be accessible after hours by the public. By virtue of their adjacencies to the academic section, the common spaces were isolated from the academic areas to control unauthorized public access into student spaces. The media center, located above the main entrance, serves as the primary focal point for the completely renovated facility, and aligns visually with the high school’s athletic facilities and a view of Long Island Sound.

The WHHS project was completed in August 2021. Antinozzi Associates has now begun work on the design of West Haven’s new Washington Elementary School facility, slated for completion in the summer of 2024.

“Antinozzi Associates worked seamlessly with the building committee and community to deliver the school we envisioned. The planning and management of phasing elements truly led to the successful completion of the project,” said Ken Carney, chairman of the WHHS Building Committee.