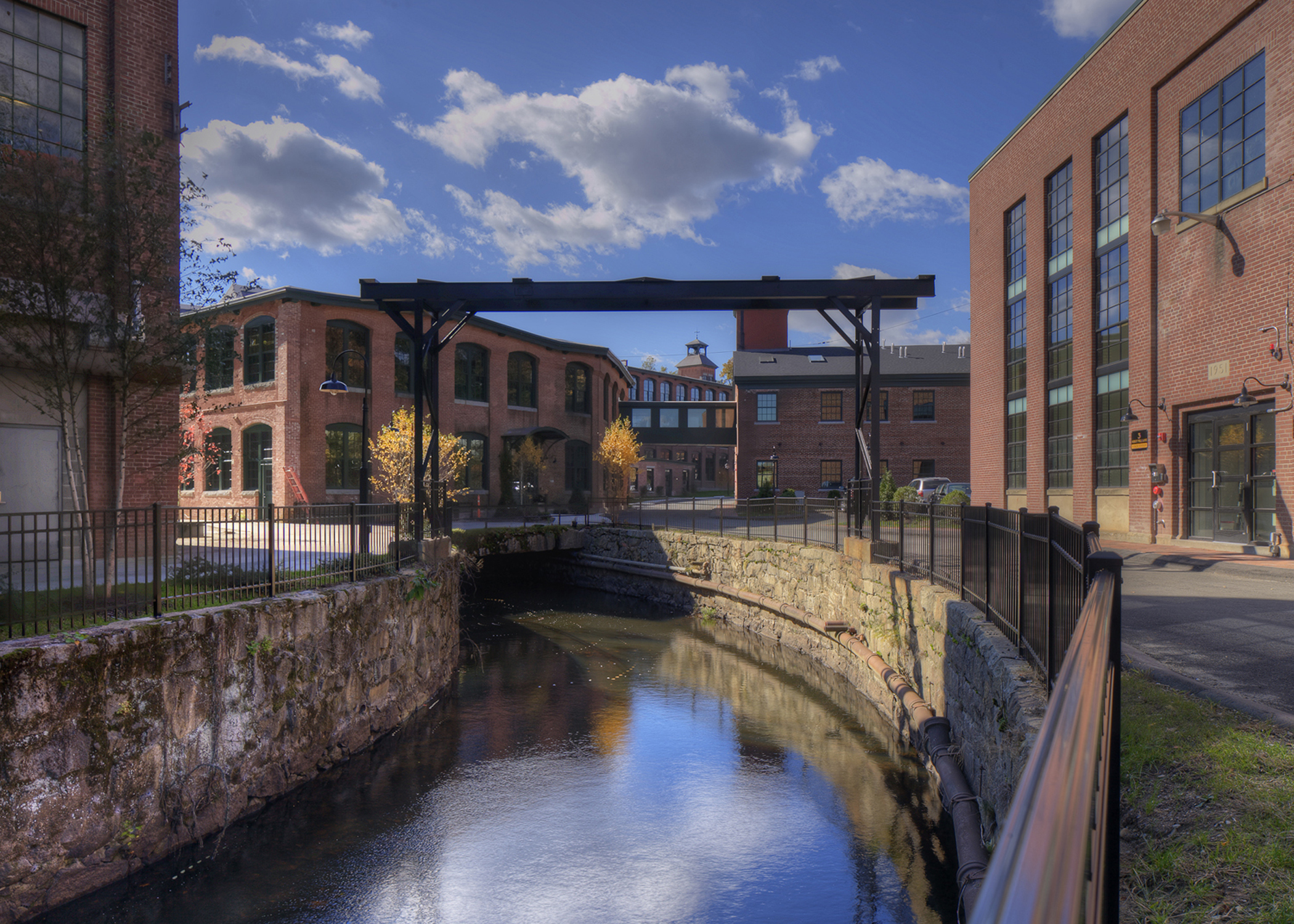 Westford, MA – Tocci Building Companies  was awarded Gold for Best Remodeling/Restoration: Best Multi- or Single-Family Re-Use or Conversion at the 2013 PRISM Awards for Abbot Mill in Westford. Tocci recently received the Build New England Award from the Associated General Contractors (AGC) of Massachusetts for the project as well. The AGC awarded Tocci and the Abbot Mill project team with the Honor Award, the highest level of recognition offered by this awards program.

The project at Abbot Mill entailed restoration, modernization, and reconfiguration of the 209,000sf mill to accommodate new manufacturing, office, or warehousing demands and residential units. With the help of subcontractors TCT Roofing, Inc., Tim’s Fabricators, and Covenant Fire Protection, the project team transformed the 150-year-old fabric mill into 131 residential units while maintaining the historic integrity of the structure and incorporating numerous sustainable practices and features.

Tocci and Ganek Architects, Inc. made extensive use of Building Information Modeling (BIM) during the design-build process, which greatly enhanced the project team’s ability to restore the historic character to the 209,000 square foot facility.

As a result, many features of the original Victorian building were either restored or replicated. Boarded-up saw-tooth skylights – originally constructed to draw natural light into interior spaces for mill workers – now allow light to flood into common areas and apartment units. Sustainable solutions intended to dramatically reduce heat and cooling loss were implemented by sealing and insulating each unit.  The project also prominently features a 40,000sf array of solar panels on the roof with the ability to produce 331KW of non-carbon energy. Abbot Mill was completed in September of 2012 and was occupied soon thereafter.

This project also has received recognition from the New England chapter of the Construction Management Association of America as the Building Project of the Year in the Renovation/Modernization Category for over $20 million .  Most recently, it was recognized by ENR as the Best Project of the Year in New England and is being considered for Best of the Best projects nationwide.

“Tocci was able to track a variety of design options and simultaneously manage different concepts throughout the construction process,” said Laura Handler, Director of VDC and BIM for Tocci. “The technology also enabled us to meet the owner’s sustainability requirements and give him design flexibility for his tenants.”

“These awards are a tribute not only to the entire construction team as individual components – the owner, architect, subcontractors and Tocci – but also to the spirit of collaboration that enabled the team to adapt and implement design changes in a timely and efficient manner,” said John Tocci, chief enabling officer for Tocci Building Companies.