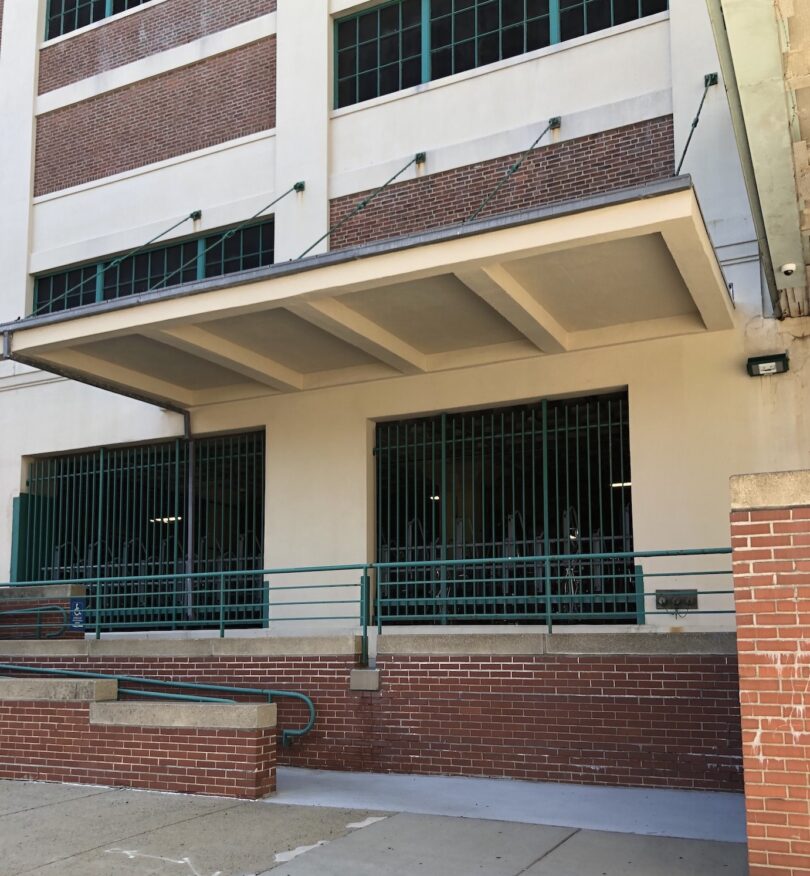 Based on Abbot’s longstanding relationship with this institution, Abbot was contracted to repair two deteriorated concrete awnings/overhangs on the garage across from the Center of Immunology and Inflammatory Diseases at 149 13th Street.

Abbot sound tested the concrete to determine areas of delamination, removed the loose and debonded concrete, and patched these areas with Euclid Chemical Eucorepair V100 repair mortar to match the existing profile. In certain larger areas where concrete forms could be used, Abbot added epoxy coated rebar where necessary, and poured the concrete repair mortar with aggregate into the forms.

When all of the repairs were completed, Abbot painted the awning with an elastomeric paint to match the existing color and texture. For access to the overhead work area, Abbot utilized a small scissor lift that provided a secure work platform for the crew.