Chelsea, MA – XSS Hotels and PROCON of Manchester, N.H. were recently honored with the 2017 Environmental Business Council of New England (EBC) Award for Brownfields. The award was given in recognition for urban brownfields redevelopment of the 145 Beech Street in Chelsea, resulting in the newly opened Hilton Homewood Suites. The upscale hotel is owned by XSS Hotels, who selected PROCON as the designer and builder. 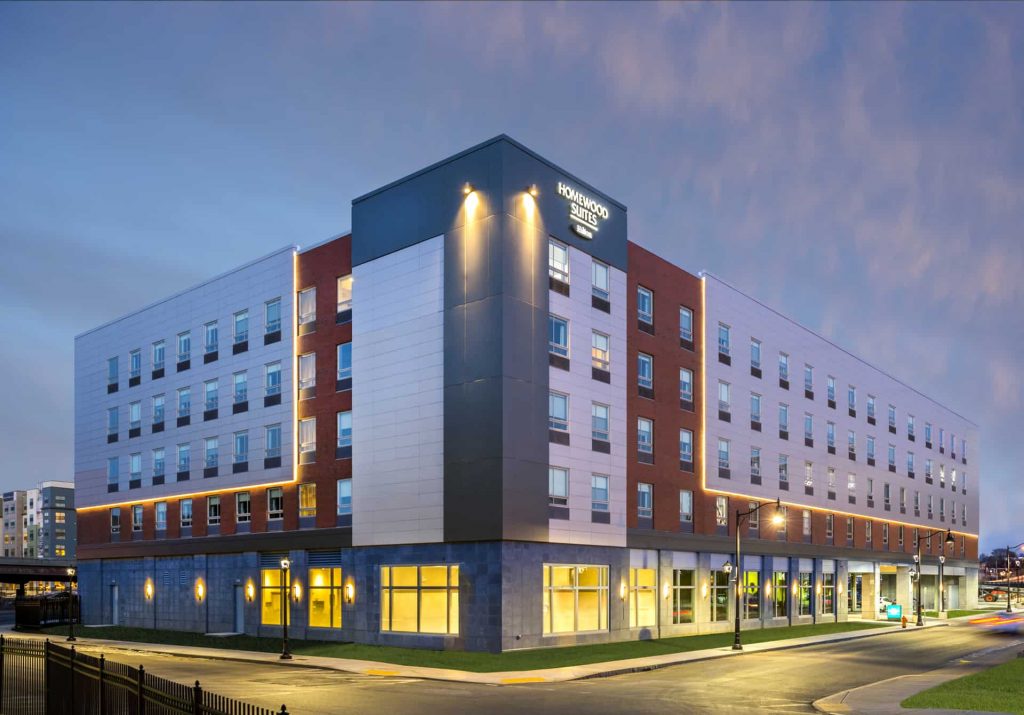 PROCON’s in-house architectural team designed a 116,390sf LEED-certified hotel and joined its efforts with the city and environmental officials by partnering with them on the clean-up efforts as part of the construction process.

On March 15, the Hilton Homewood Suites opened and effectively paved the way for additional developments in the future. 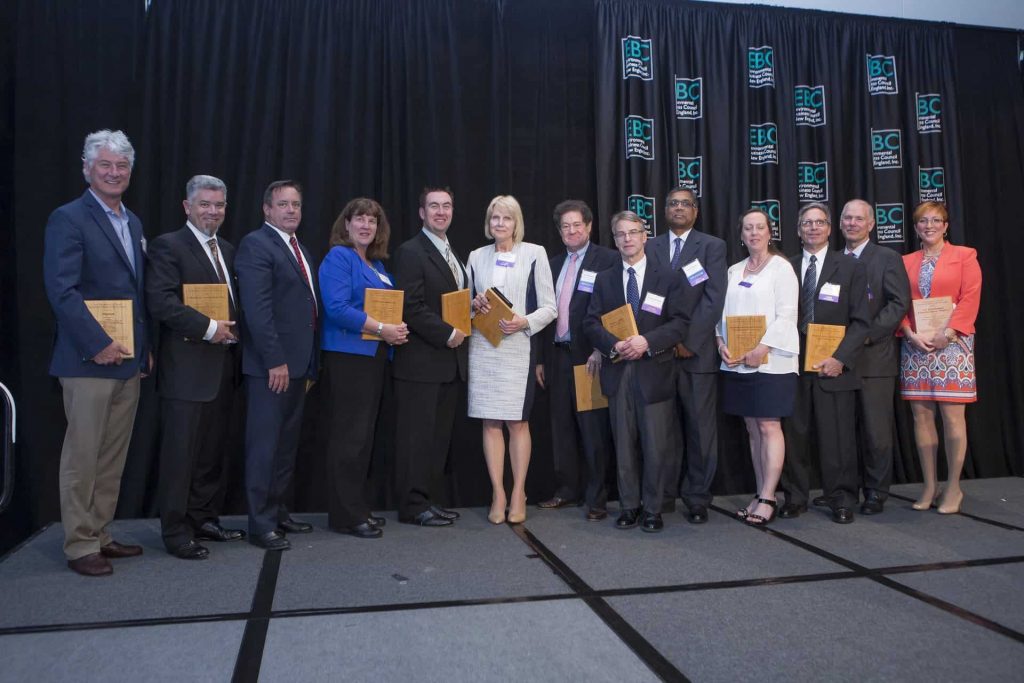 After becoming the city’s property, it was designated untouchable for development due to contaminated soils. The Beech Street site remained vacant for 14 years until XSS Hotels of Manchester, N.H., acquired the 1.2-acre parcel of land for redeveloping with a proposed hotel.

The site was occupied by the American Barrel Company until it was destroyed by fire in 1974, along with several surrounding blocks of property. It became home to the Lawrence Metal Forming Company in 1986 and was acquired by the City of Chelsea in 1999.

For Chelsea, the prospect of a new hotel represented a welcome economic boost for the city and the promise of increased future development of the Beech Street area. As a result, a Bay State task force conducted by leading environmental organizations focused their combined efforts towards an extensive cleanup.

XSS Hotels Development Partner Christine Thomas accepted the award on behalf of the developer. She stated, “We are honored to receive this award. It was a journey for us all – a collaborative effort by so many who were dedicated to the outcome, which was the redevelopment of the site. For Chelsea, for the neighborhood and for us, it has been a win-win situation, and we are proud to have been part of it all.”

PROCON Co-President James A. Loft, who also attended the gala event, later commented, “It was tremendous to be a part of reclaiming a site that really did not have a future. This project represented a milestone for Chelsea, and we were excited to be a key part of helping them rebuild their City. Our goal in the bigger picture was to protect the public and make it a safe, usable environment. I am really proud that we were able to achieve this.”

Each year the EBC recognizes companies, organizations, and individuals for outstanding environmental and energy accomplishment in the promotion of a sustainable, clean environment through the EBEE Awards Celebration. These awards were established by the EBC to encourage companies, government agencies, non-profit organization’s and environmental professional to serve as role models for others to emulate and, in doing do, further the mission and objectives of the EBC.