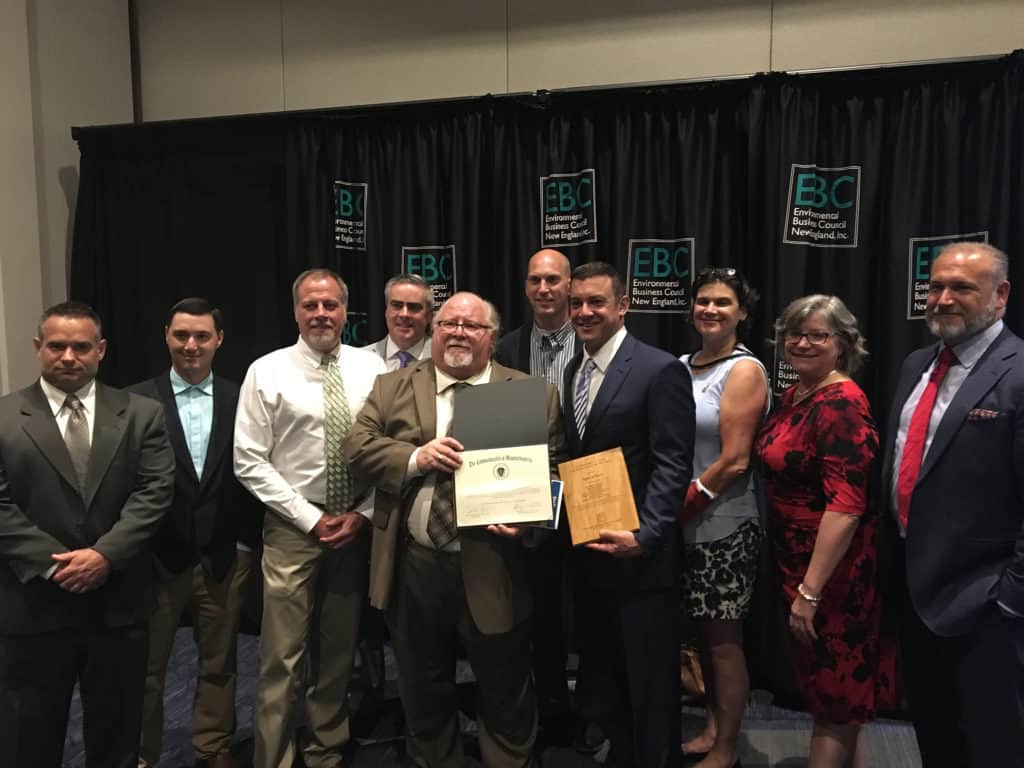 Westfield, MA – The Environmental Business Council of New England (EBCNE) recognized the new $18 million Worcester Ice Center with the James D.P. Farrell Award for Brownfields Project of the Year during its recent annual meeting and celebration. The event highlighted the multi-million-dollar remediation and redevelopment of the abandoned GKN Sinter Metals Manufacturing Complex into a 38,000sf state-of-the-art recreational facility on Harding Street in Worcester.

The James D.P. Farrell Award for Brownfields Project of the Year recognizes brownfields projects in which an EBCNE member organization has had significant involvement and that serves as an example of excellence. Each year, the EBCNE recognizes companies, organizations and individuals for outstanding environmental / energy accomplishments in the promotion of a sustainable, clean environment through the EBEE Awards. These awards were established by the organization to encourage companies, government agencies, non-profit organizations, and environmental professionals to serve as models for others to emulate and, in doing so, further the mission and
objectives of the EBCNE.