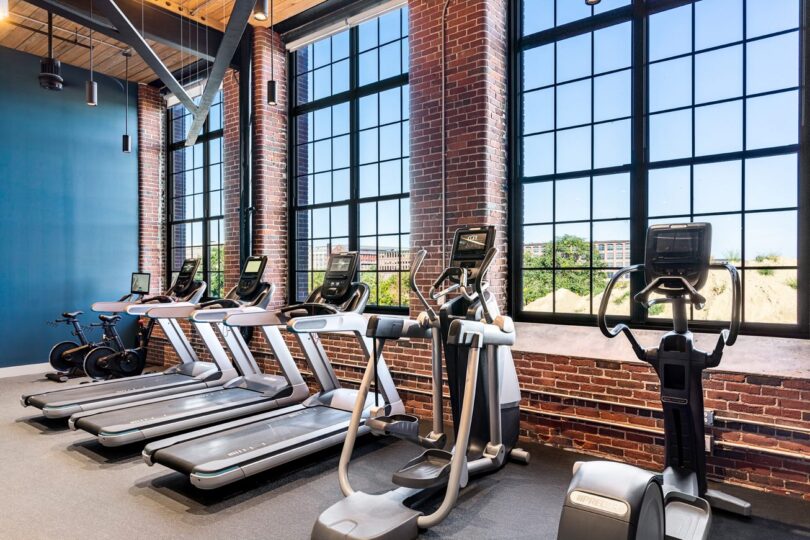 Submitted by Universal Window and Door

The last of the historic windows are being installed as the transformation of the former Worsted Wood Mill into Riverwalk, a nearly 4 million sq. ft., mixed-use development by the Lupoli Companies, enters its final phase.

Over the past decade, Marlborough-based Universal Window and Door, a manufacturer of custom window solutions for historic restoration and commercial construction projects, has supplied over 10,000 historically accurate, energy efficient replica windows from the 400 and 800 Double Hung Series towards the renovation, which were installed by J&R Glass. The renovation of the 46-acre property in Lawrence, Mass. from a dilapidated mill into a vibrant live, work, and play redevelopment comprised of commercial, retail, manufacturing and residential space is one of the cornerstones of the economic revival of this gateway city. 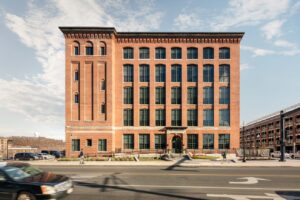 “As Sal Lupoli’s long-term vision for Riverwalk began to take shape, it brought new life to the Merrimack Valley by protecting and rebuilding the Worsted Mill and the entire Riverwalk project,” said then-mayor of Lawrence, Daniel Rivera, of the redevelopment, when Lupoli Companies was presented with the 2018 Mayor Thomas M. Menino Legacy Award by Preservation Massachusetts, the historic preservation organization dedicated to preserving the Commonwealth’s historic and cultural heritage. “Sal harnessed the power of historic preservation to give the people who live in Lawrence great opportunity to achieve success now and in the future through job creation, economic improvement and community outreach.” A year later, another of the commercial phases within Riverwalk, the Wood Worsted Mill Office Building, was also honored by Preservation Massachusetts with the 2019 Paul & Niki Tsongas Award, which recognizes the very best in historic preservation efforts across the Commonwealth.

The original mill building was constructed between 1906 and 1909 in the Romanesque Revival style for the American Wool Company, and was known by locals as the “eighth wonder of the world” due to its enormous size. A 6-story brick building that measured 1,300 feet long and 125 feet high, it was once the largest textile mill in the world. By mid-century, however, the textile industry had begun moving to the southern states, and the Worsted Mill, like many of the mills located along the Merrimack River, closed its doors and sat vacant for decades.

The developer began acquiring and renovating buildings within the mill complex in 2004, building it out in phases and adding additional properties as each successive commercial building leased up. He focused on bringing in smaller tenants such as state agencies, educational institutions, medical companies, energy companies and startups, and opened Salvatore’s restaurant, which provided tenants on-site dining as well as a function and conference facility, laying the groundwork for his live, work, play vision. Riverwalk is now home to more than 200 medical, technology, and educational companies that employ over 4,000 people. As the Great Recession began to ease, he began adding the residential component to Riverwalk, constructing over 650 apartments throughout the development while continuing to add amenities, including restaurants/cafes, a fitness center and retail.

The redevelopment of the vacant mill in Lawrence is a prime example of how well-constructed historic buildings can be repurposed for other uses and serve as an economic engine in gateway cities. “Working on projects such as Riverwalk, which is transforming the community through job creation and economic development in Lawrence, is a tremendous source of pride for our company,” said Jim Finn, president and CEO of Universal Window and Door. “We look forward to continuing our work with developers who are transforming obsolete historical structures into useful assets with increased energy efficient windows for the historic market applications.”