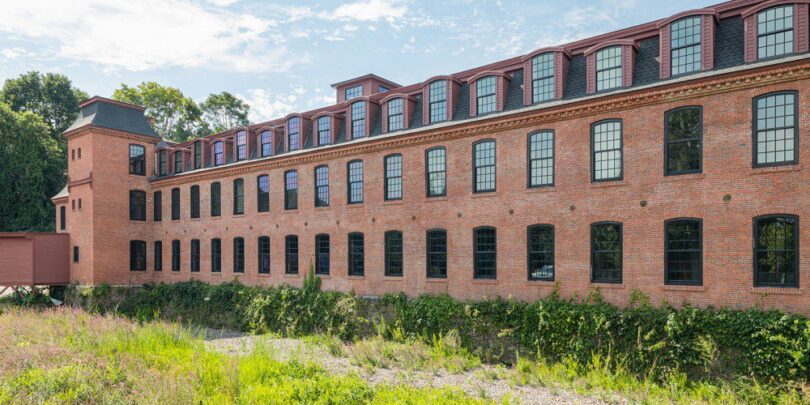 Marlborough, MA – Universal Window and Door, a manufacturer of custom window solutions for historic restoration and commercial construction projects, provided windows for three separate historic restoration projects that were honored with awards this spring, as well as an award from the Urban Land Institute late last year. All four projects involved historic structures that had been converted into affordable and market-rate housing. 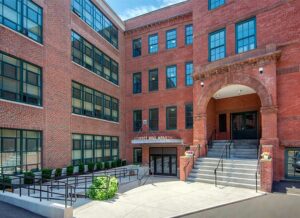 The renovation of the Cobbet Hill Apartments in Lynn, a 1930s-era school converted into an affordable 117-unit complex, earned the Paul & Niki Tsongas Award from Preservation Massachusetts; The Tyler, a vacant former school built in 1936 and transformed into 70 mixed-income apartments for seniors by the Winn Companies, was presented with a Merit Award recognizing “the rescue, re-use, or recycling of historic Connecticut places,” by Preservation Connecticut; and the Lofts at Cargill Falls Mill, the 1807 site of one of Connecticut’s first successful cotton mills converted into 82 residential rental units above commercial storefronts, was awarded first place in the Large Multi-Family/Mixed Use category by the Connecticut Building Congress (CBC).

In late October of 2020, the Montgomery Mill Apartments in Windsor Locks, Conn., a historic, long-vacant mill building transformed into 160 units of mixed-income housing, was awarded the annual Urban Land Institute’s Jack Kemp Excellence in Affordable and Workforce Housing award. The project had also earned a Merit Award from Preservation Connecticut in 2020.

In recent years, projects for which Universal has supplied historic replica windows have earned multiple honors from historic preservation entities. Universal windows have also been installed in hundreds of projects that are listed with the National Register of Historic Places.

“Being part of so many projects that were recognized by state and national organizations is a testament to our growing reputation among architects, developers and construction firms as the go-to window manufacturer for historic renovation projects, and bodes well for our future as we continue to expand into other markets” said Jim Finn, president and CEO of Universal Window and Door.