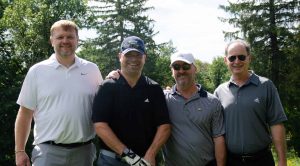 Woburn, MA – Unified Construction Group of Woburn hosted its third annual charity golf tournament recently at Turner Hill Golf Club. The annual tournament brings together over 100 golfers to raise money for a different cause or charity each year.

Its first tournament in 2017 benefited the Make-A-Wish Foundation and allowed a young boy a trip to Disney World while the 2018 tournament raised money to benefit the DiStefano Family Trust. Peter DiStefano, a long-time colleague and friend to Unified Construction Group, was diagnosed with stage IV glioblastoma and the proceeds from the tournament have been used to benefit DiStefano, his wife, and children. 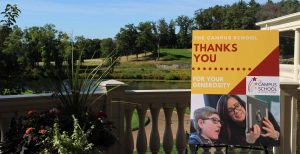 This year, the Boston College Campus School is the beneficiary of the funds raised from the event.

The BC Campus School utilizes a trans-disciplinary approach to special education to encourage the potential of its students who attend the school due to complex educational and health care needs. The Campus School’s services include occupational therapy, physical therapy, and communication and vision services for its students. The school relies on fundraising donations to upgrade equipment, technologies, augmentative communication devices and partake in experimental programs to continue to improve the quality of their programs and therapies.

Players teed off at 12:30 p.m. and enjoyed various stations along the course including Rumson’s Rum tastings and a cigar bar. They also took shots from an air cannon for a chance to win a trip to the Masters. The day ended with dinner at Turner Hill’s ballroom where awards and raffle prize winners were announced. The evening wrapped up with a speech made by Jason Grieves, president of Unified.

Unified truly thanks each and all participants of the tournament who have contributed to this year’s event and is grateful to be collaborating with The Campus School at BC for the 2019 tournament.