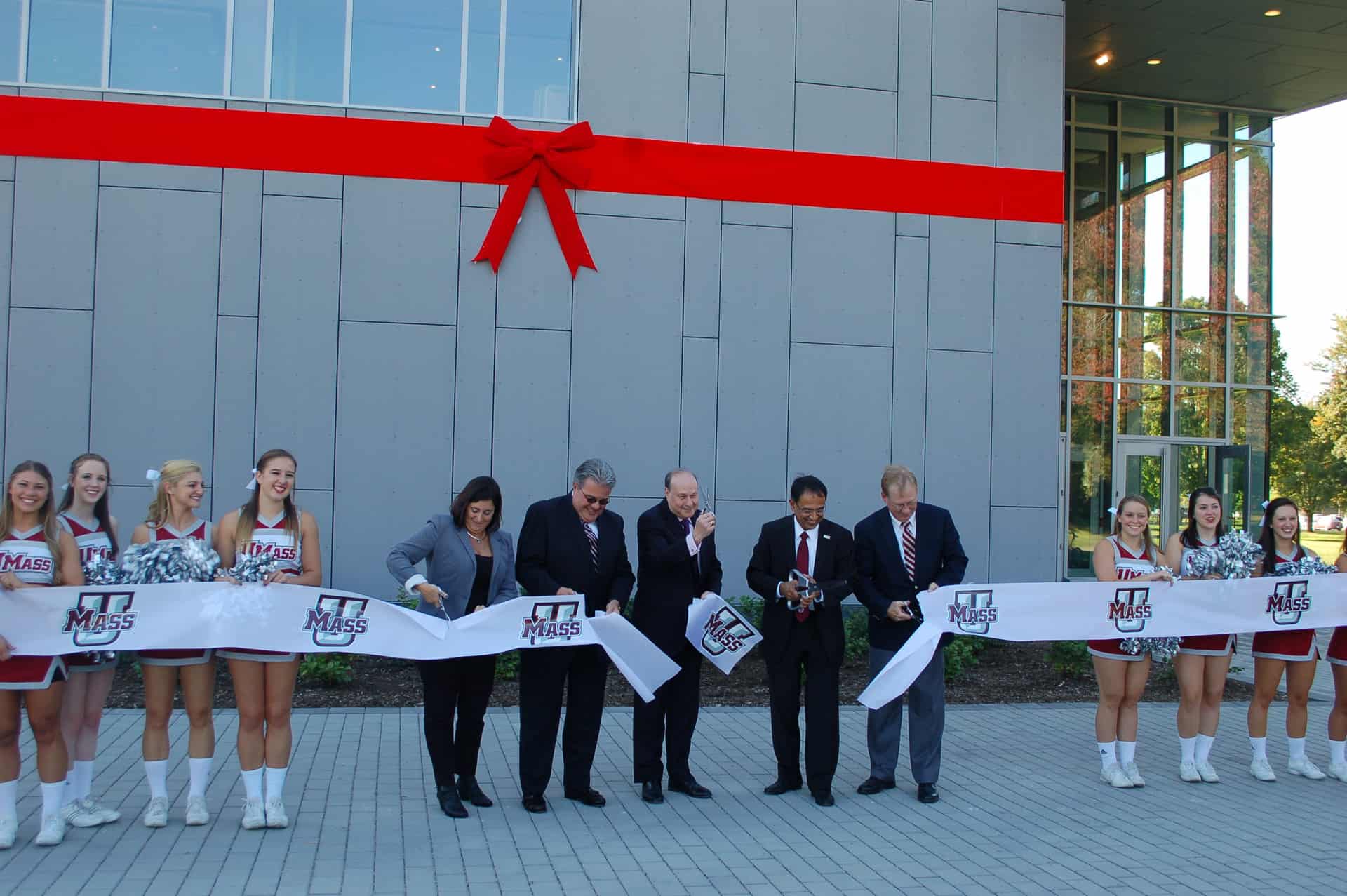 Amherst, Mass –  – As part of the 2014 Homecoming festivities, the University of Massachusetts celebrated the opening of the new UMass Football Performance Center with an official ribbon cutting ceremony.

The new state-of-the-art Football Performance Center marks the first-ever dedicated facility housing all support elements for the UMass football program. The 55,000 square foot, two-level complex will greet visitors with a foyer displaying proud moments in the program’s history while providing a dynamic vision of the future. Office space, meeting rooms, a multi-purpose/formal event space and a terrace overlooking the field highlight the upper level. The lower level houses the locker room, equipment room, strength and conditioning space and the athletic training room. Ground was officially broken in April 2013 with the center opening for team use this past August. 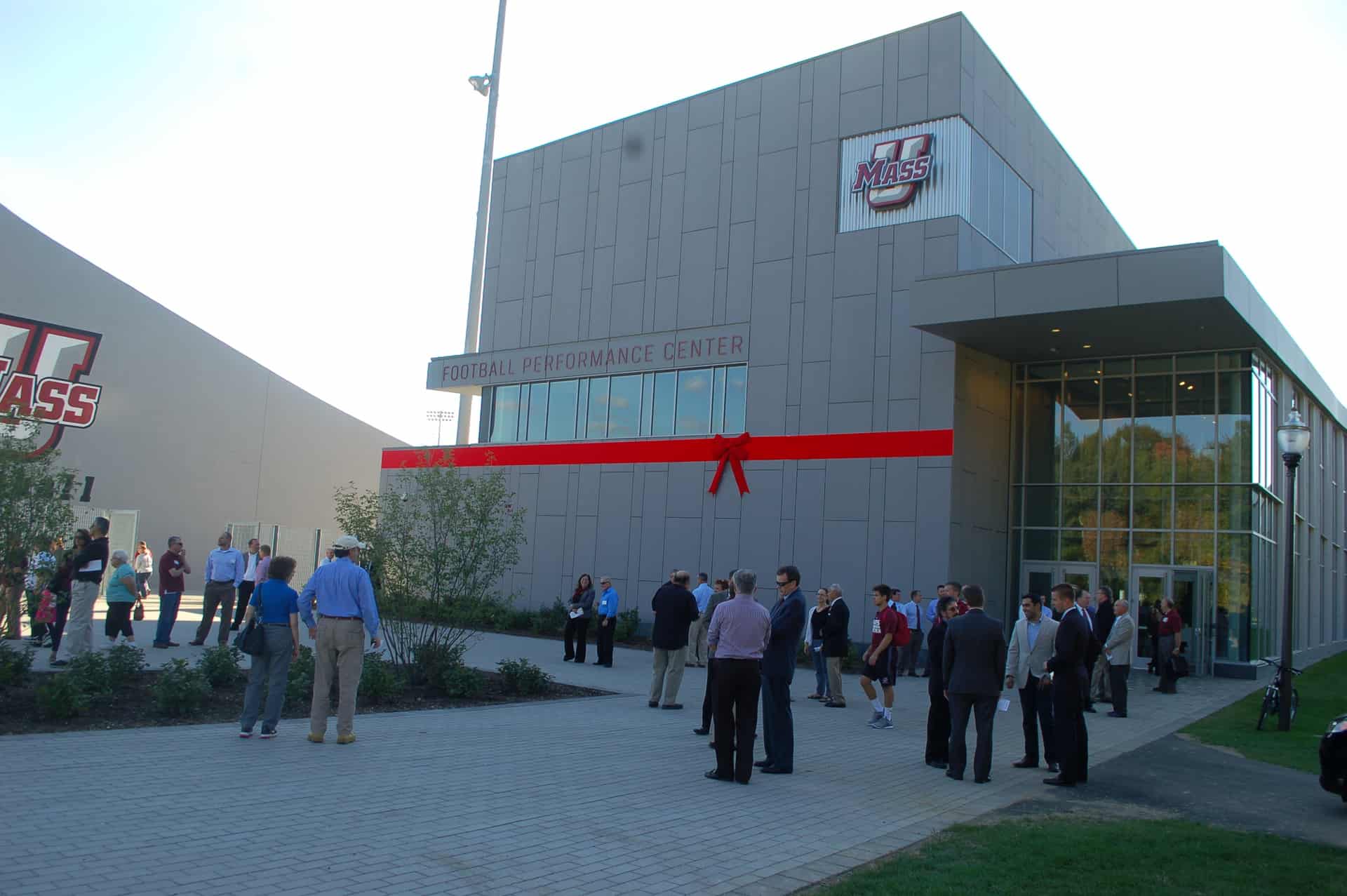 The Press Box measures 5,800 square feet and will be designed to accommodate a range of media with a primary focus on television production accessibility. It has suites for Game Day use, broadcast rooms for radio and television, dedicated instant replay for officials and will be the base of operations for game day staff. The press box can serve as a working facility for over 100 members of the media.

The total cost of the projects was $34.5 million. The project designer/architect is Perkins & Will, Inc., while the contractor is Consigli Construction Co., Inc.

The UMass Building Authority is currently managing a $3.1 billion capital plan with more than 40 construction projects that will significantly improve teaching, learning and student life on all five campuses. Working together with UMass President Robert L. Caret, the Board of Trustees, and the campuses UMBA strives to deliver the most cost-effective, highest quality construction of world-class buildings to support the mission of the University.