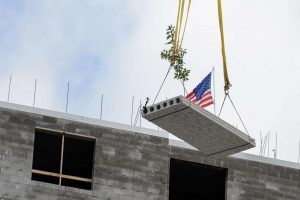 A flag and a live tree are lifted to the roof during topping off ceremony. /all photos by Peter Morenus/UConn Photo 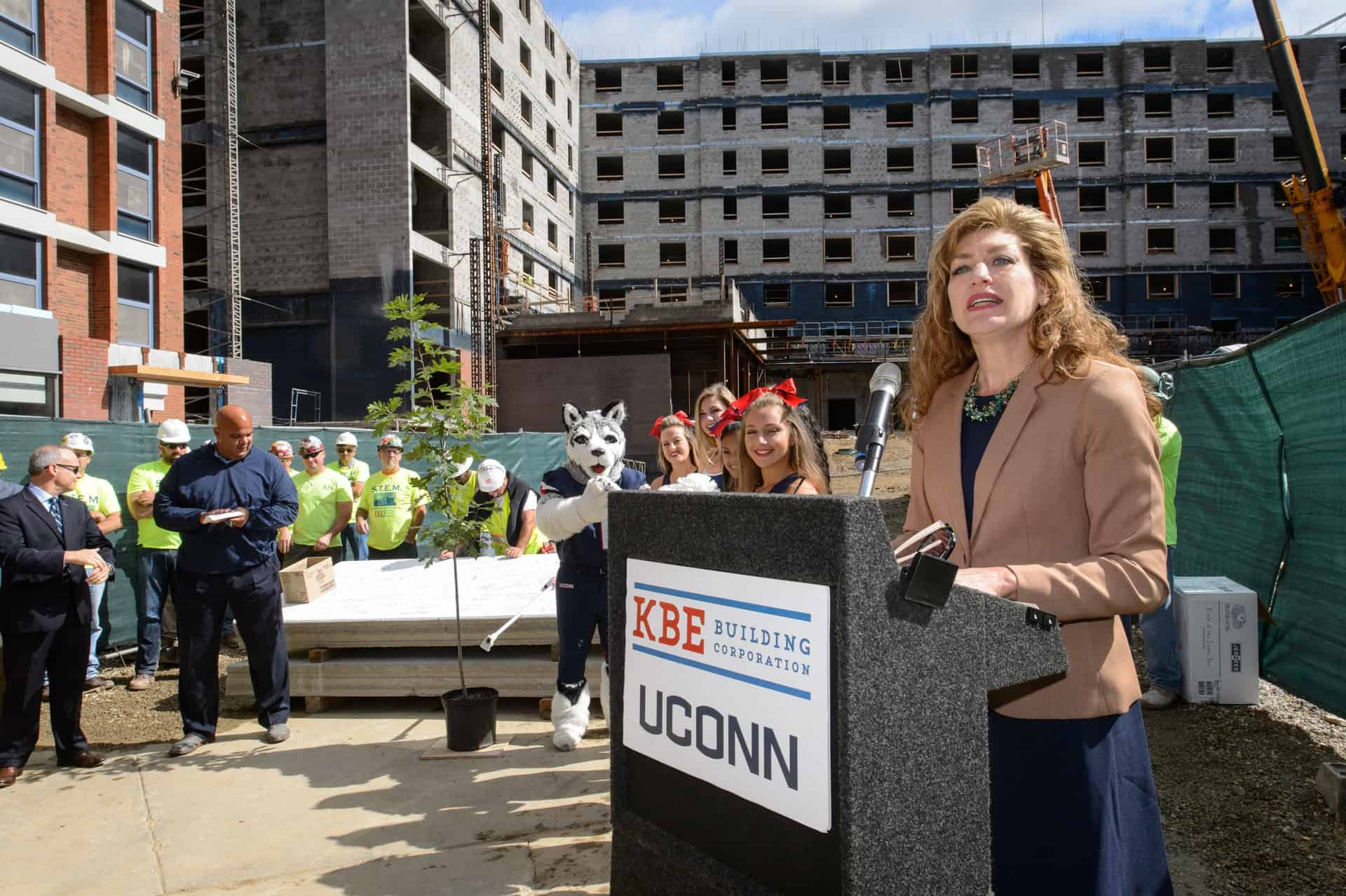 Storrs, CT – The Science, Technology, Engineering, and Math (STEM) residence hall at the University of Connecticut held a topping-out ceremony on Sept. 14.

Hosted jointly by UConn and the project’s design-build team leader, KBE Building Corporation (KBE), the traditional ceremony was held in celebration of the latest milestone for the $79 million construction project.

In the week leading up to the ceremony, all project subcontractors were invited to sign the building’s last two precast planks. During the ceremony, KBE staff members placed the final two planks, which were attached to an American flag and a live potted tree to symbolize pride and the building coming to life, respectively.

The STEM residence hall is part of Governor Dannel Malloy’s Next Generation Connecticut (NGC) initiative, designed to greatly expand educational opportunities, research, and innovation in the STEM disciplines at the school during the next decade, with the overall goal of creating an infrastructure that supports Connecticut’s most important industries, including high-tech manufacturing. 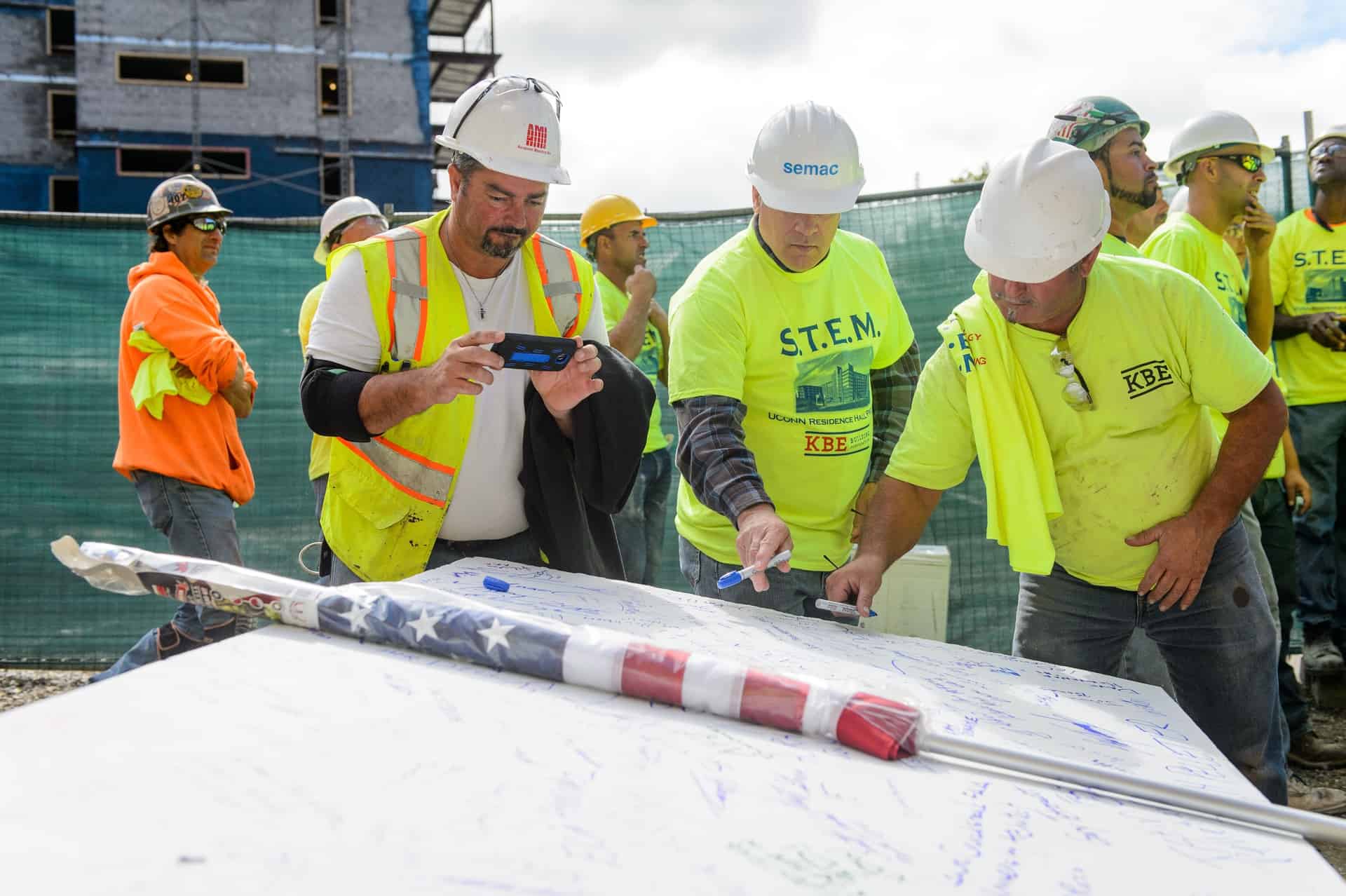 Construction workers sign a panel that was hoisted to the roof during the topping off. 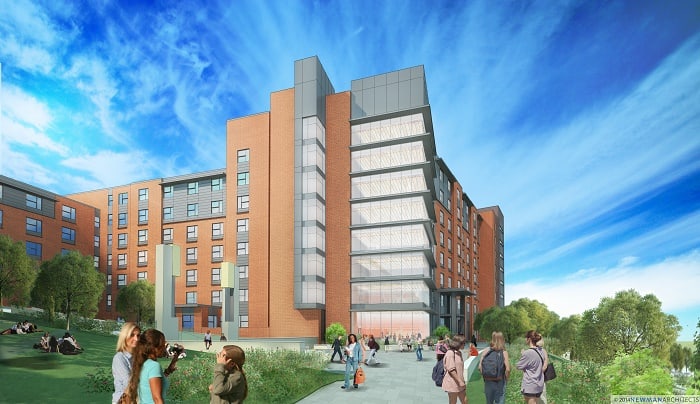 One of the most ambitious state investments in economic development, higher education, and research in the nation, NGC will transform the university into a top public research institution that fuels Connecticut’s economy through new technologies, highly skilled graduates, and the creation of high-wage jobs. 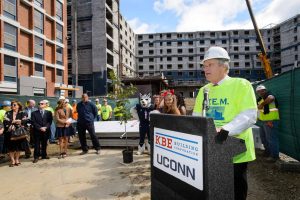 Simon Etzel, senior vice president and and principal of KBE speaks during the ceremony.