The U.S. Department of Labor’s updated overtime rule and increase of salary thresholds for qualifying exemptions under the Fair Labor Standards Act (FLSA) are here, effective as of January 1, 2020.

On Sept. 24, 2019, the U.S. Department of Labor (DOL) announced its final rule, updating the salary thresholds necessary for an employee to meet the FLSA’s minimum wage and overtime pay requirements.  Through its updated rule, the DOL also establishes that an employer can count a portion of certain bonuses and/or commissions toward the minimum salary threshold.

Under the updated rule, the DOL:

The DOL estimates that its new rule will either make 1.3 million American workers eligible for overtime pay, or will result in an increase in these employees’ salaries to at least $684 per week.

Although this newly enacted rule represents a palpable increase to the minimum threshold salary requirements to both employers and employees, its imposed $684 per week threshold is significantly less than the $913 per week threshold that the DOL attempted to impose on May 23, 2016.  The DOL’s 2016 efforts were thwarted by court litigation, resulting in a declaration from the U.S. District Court for the Eastern District of Texas that the rule was invalid, and the U.S. Court of Appeals for the Fifth Circuit holding of the appeal in abeyance pending completion of the DOL’s rulemaking.

Complying with the salary thresholds is critically important when meeting the FLSA’s exemption for overtime and minimum wage.  However, the analysis does not end there.  Indeed, an employee’s duties lie at the heart of an answer to the question of whether an employee qualifies for an FLSA exemption. The FLSA focuses on that the employee’s primary duties are, and whether the employee satisfies the primary duty test for the exemption.  For example, generally, to satisfy the executive exemption, in addition to meeting the salary threshold, the employee must: (a) have as a primary duty the managing of the enterprise (department or subdivision); (b) customarily and regularly direct the work of at least two or more other full-time employees or their equivalent; and (c) have the authority to hire or fire other employees, or influence the decision to hire/fire.

Employers should assess with this care and seek assistance of counsel to determine if in fact an employee is exempt. 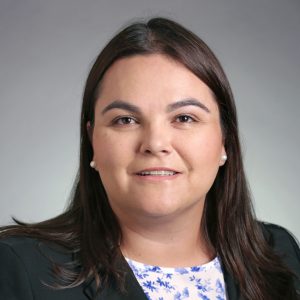