Senior living. There’s not a more coveted market to be in, even though it’s still relatively new. The first assisted living facilities popped up in the late ’80s in the Pacific Northwest. Basically, it’s been nonstop construction across the country ever since in anticipation of the Baby Boomers coming of age.

We were fortunate in 2000 to work with one company that has become a top 10 provider in terms of number of units in the country. The question we asked then was, “We have all these facilities that are now 10+ years old; what should renovations look like?”

Initially, renovations meant freshening up hallways, dining rooms, and common space. The renovation price for larger buildings generally ran $750,000 to $1 million. Then came a shift to the “First Impression” concept. More money was allocated to exteriors— e.g., elaborate landscapes and hardscapes — and specialty rooms such as cafés, lounges, and cyberlounges. Subsequently, renovation budgets grew from that $750,000 to $1 million to $1.3 million to $1.5 million. The thought was more amenities and nicer exterior space would help in census and rate increases.

The First Impression trend led to something a little more meaningful — memory care units. The first time I discussed it with a client, we literally drew a plan on the back of a napkin on how to convert traditional assisted living rooms into a memory care unit for Alzheimer’s and dementia patients. With a growing number of Alzheimer’s and dementia cases, we started seeing cosmetic renovations, exterior space creation/upgrade, and memory care conversions bundled together, with project costs creeping toward $5 million.

The creation of memory care units took off like wildfire, and suddenly our company had work in 13 states, working for seven of the top 10 providers of senior living nationwide.

Ironically, while all these various trends were appreciated by residents, industry studies revealed the single most important upgrade to raise census and potentially increase rents was — not surprisingly — the residential units themselves. The challenge for GCs then became how to cost-effectively renovate rooms in a timely matter.

To that end, we came up with a great idea. We went to a national supplier of millwork and said we need 120 kitchens and bath vanities — but not all at once. We asked if they would stock the kitchens and baths in the different styles and, as we needed them, we would draw down on the stored millwork. They not only agreed to this arrangement but did not bill for the cabinets until we took delivery. This enabled us to make an offer to owners that we could completely renovate five rooms in 10 days — new kitchens, baths, granite, lights, millwork, crown molding, premium floorings, and three-color paint scheme. This program has been used by many of our clients in many states.

Today, we typically do renovations between $5 million and $15 million. These can include features like walls with internal waterfalls, custom wine racks in the wine cellars, gas fire places, common space reconfigurations, health clubs, beauty salons, pubs, putting greens, penthouse units with showers built for two, along with finish and lighting packages typically found in high-end custom homes. With many of these buildings aging, we see a lot of MEP upgrades, elevator upgrades, and envelope renovations as well.

The future? It will include many of the things we’ve done recently, like repurposing an old mill into a high-end senior living facility and urban-based facilities (we’ve done a few of them in New York and Pennsylvania). You’ll see facilities continue to add rooms and amenities. I hear there are plans to look at tying in senior living to college campuses.

Yes, a lot has changed in the design and renovation scope of these facilities, but one thing remains — these are occupied spaces where the activities of daily living must be maintained. Our ability to successfully serve these occupied renovations has resulted in us working in more than 200 facilities in 13 states. And that trend we look forward to continuing. 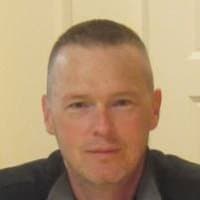 Tom Quinlan is the president of South Coast Improvement Company, of Marion, Mass..