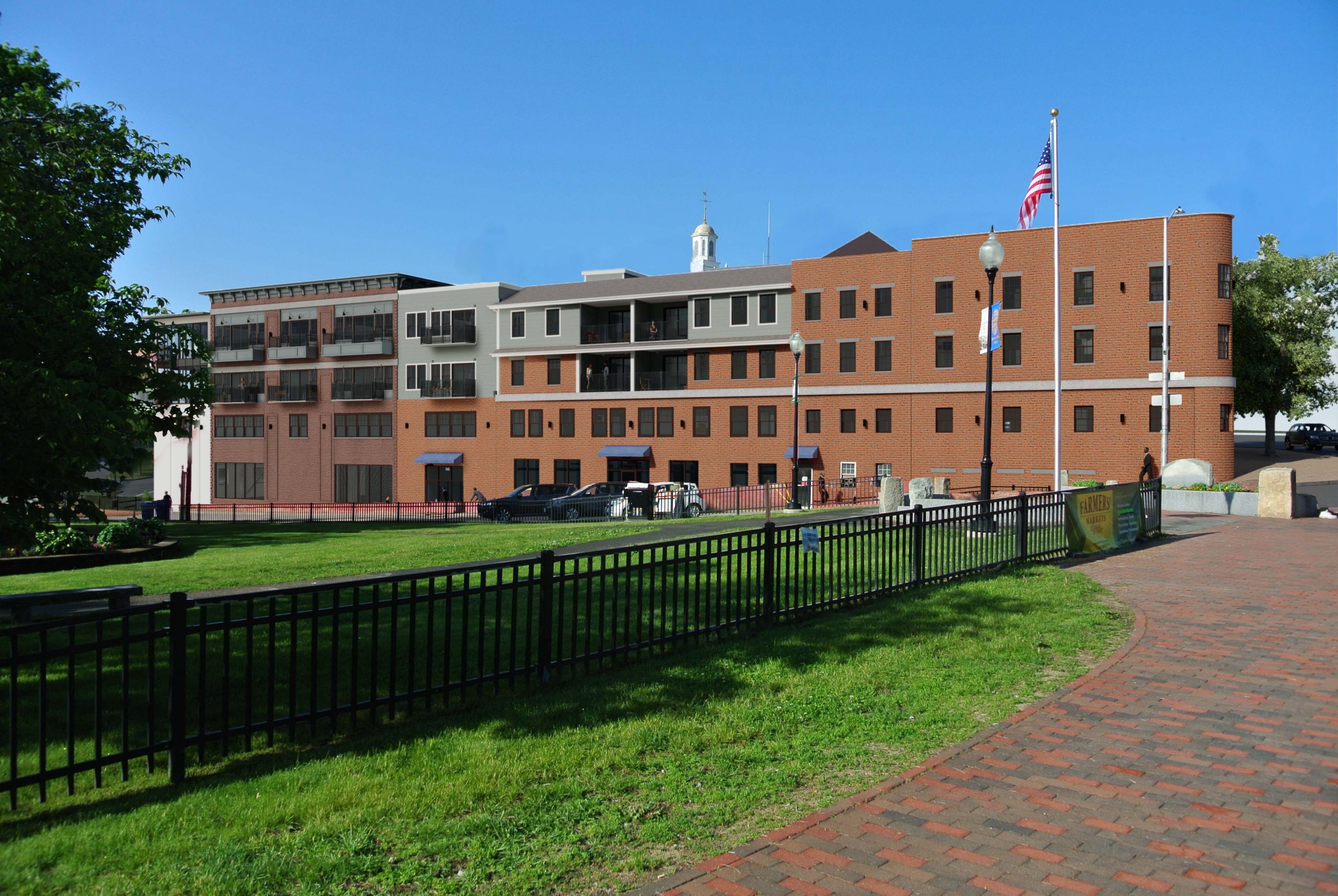 Dover, NH – The Foster’s Daily Democrat building, a fixture of downtown Dover for over 100 years before its closing in 2006, has a new lease on life through the efforts of Hellenic Realty Partners. In its latest incarnation, Foster’s Place features modern apartments, as well as commercial and restaurant space that preserve the charm and history of the former newspaper headquarters.

The Fosters Daily Democrat of Dover first opened its doors in 1872. These headquarters resided in the heart of downtown and provided hundreds of jobs for the Dover community. As times changed, Foster’s sold to Seacoast Media Group and this building closed, leaving residents wondering what was next. 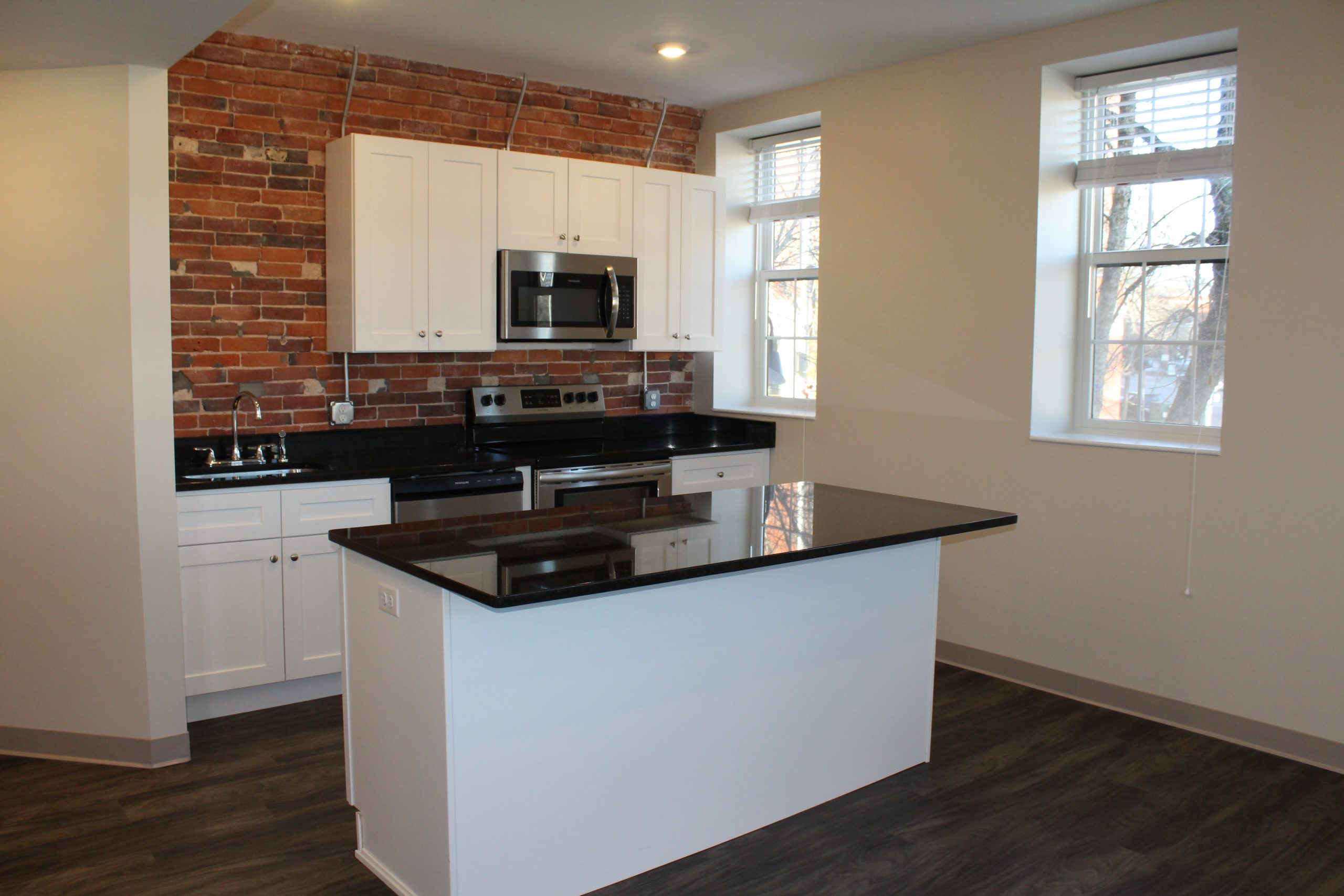 While Dover has seen its fair share of growth recently, this iconic landmark sat vacant for over 15 years. In 2018, the building was purchased by a father and his three sons who make up Hellenic Realty Partners. The Kostis family, who are lifelong residents of Dover, were thrilled to take on the restoration of the building.

Over recent years, this team has witnessed several historic buildings that had been demolished and it was their goal to keep this landmark for the city. A lot of advice came with the suggestion of a complete teardown and thankfully, this didn’t happen. 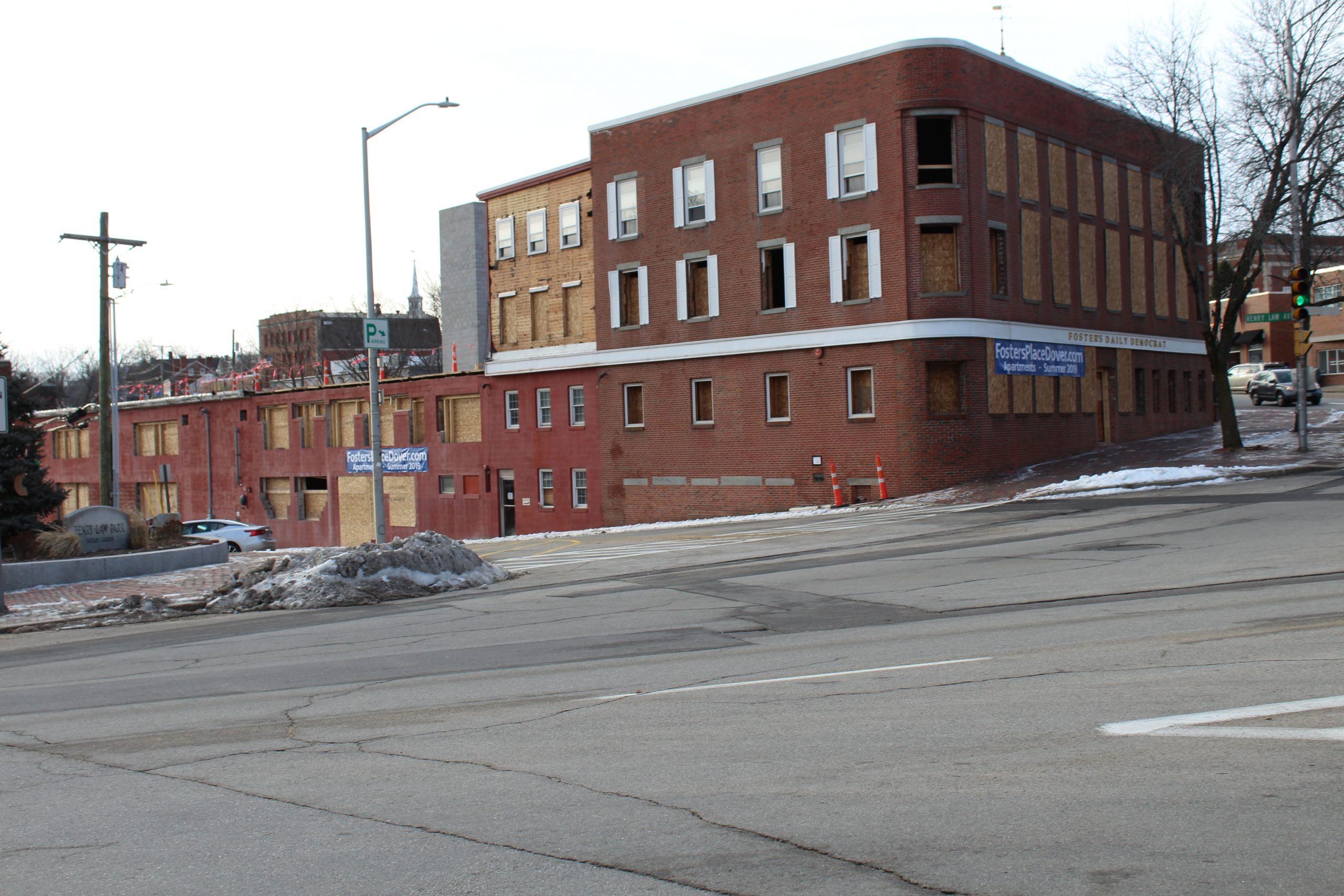 Foster’s building when purchased in 2018

“The biggest challenge on this project was not tearing this building down. With old buildings, you have no idea what’s under anything or what something is eventually going to cost. This has been a long road, but all worth it,” said John Kostis.

The key players that made these plans come full circle were TMS Architects of Portsmouth, MJS Engineering of Newmarket, and DeStefano Associates of Portsmouth. Subcontractors like Metro Walls of Manchester also had a significant role in the project’s success.

“This transformation is nothing short of an architectural and engineering marvel. We could not have asked for anything more,” George Kostis said of the teams chosen for this project. 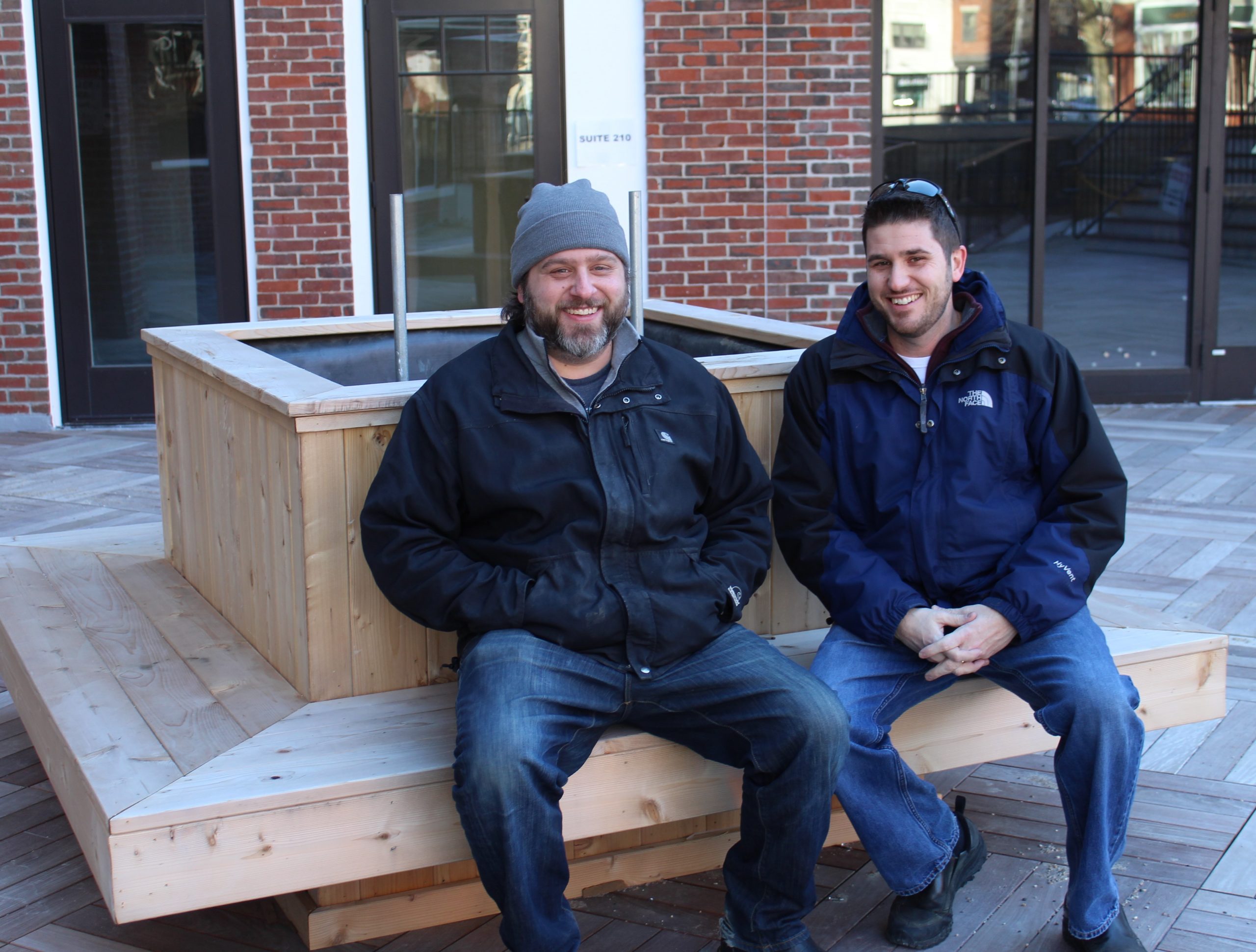 In a world of new construction, walking through the Foster’s Place renovation feels different and special. While modern, each apartment has its own unique character. No two units are alike and, according to George Kostis, this has become a real selling point for new residents. The building’s original exposed brick adorns many of the spaces and the views of downtown Dover are unmatched.

Phase 1 of the project has been completed and only two units remain unrented. Phase 2 is underway and will be completed this summer. Vintage newspapers and even an original printing press are some of the plans for displays in the front lobby.

Hellenic Realty Partners has transformed a neglected piece of Dover history to an iconic hub that will house families and serve the community for years to come.