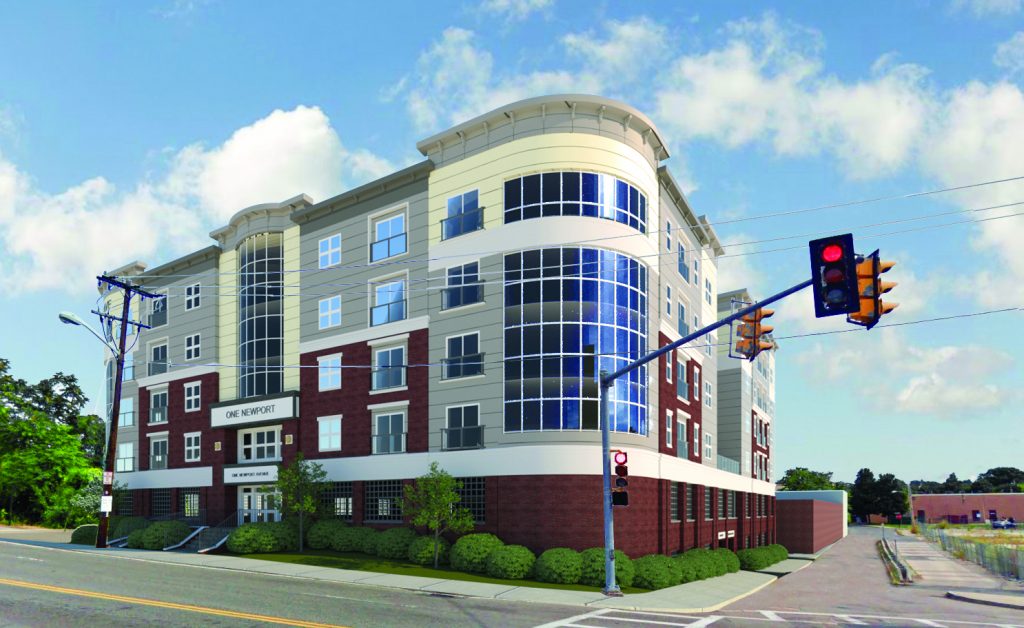 Quincy, MA – KFP Architects of Hingham, Mass., and TFMoran of Bedford, N.H., provided architectural and structural engineering services for the new construction of a six-story, multifamily residential building. The project is located on Newport Avenue, between West Squantum and Arlington streets in Quincy, Mass.

Demolition of the existing industrial building is expected to occur early spring 2018, with foundation work slated for mid-to-late spring 2018. The general contractor, RESKON Group, expects an overall completion of this new apartment building for fall 2019.

Located within the footprint of an existing industrial building that is to be demolished, soil conditions were determined to consist of granular urban fill over a former marsh deposit of organic silt. Traditionally, these conditions would not be suitable for shallow spread footing foundations. Instead, in conjunction with Terracon Consultants, soil improvement techniques such as aggregate piers and stone columns were considered to help provide a suitable bearing surface for shallow foundations while keeping foundation costs to a minimum. 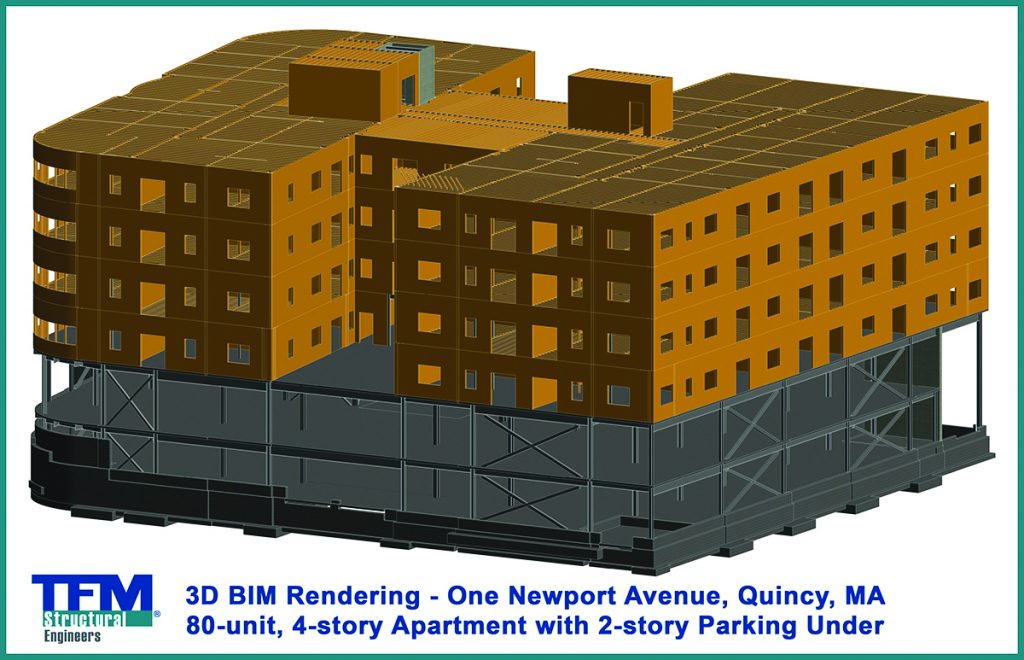 The superstructure itself is considered “podium” style, consisting of wood-framed residential levels over concrete slabs on steel framing at the parking levels. A mix of one- and two-story units will be provided with ample parking, elevated patio spaces, spacious exercise and meeting rooms, and a roof deck overlooking the Quincy Bay.