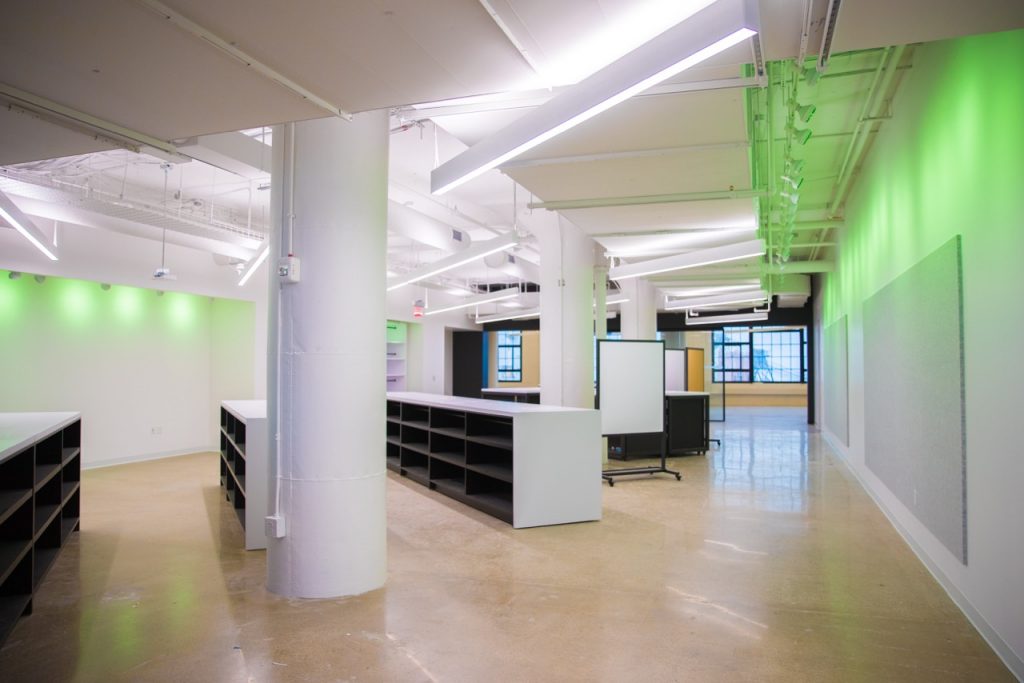 The expansive new global offices are spread over five floors and three buildings of the IDB. The company moved from its former home office campus in Canton. 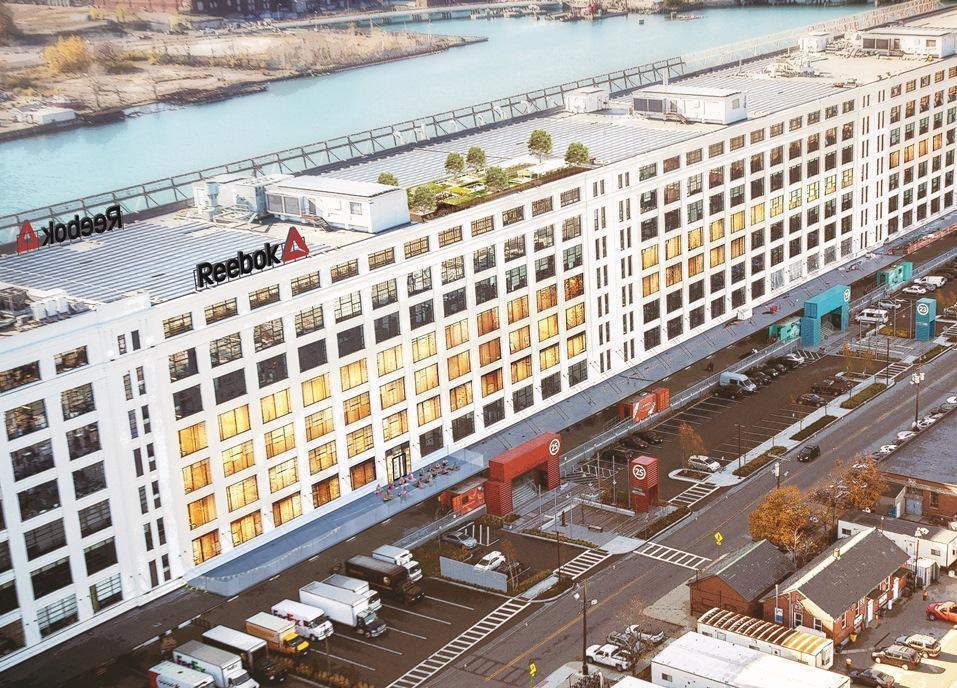 The new Reebok headquarters house the international footwear and sports gear company’s corporate offices, meeting spaces, and a state-of-the-art design lab, located on the third floor. The facility also features a 7,600sf Reebok flagship retail store with a customization shop on the first floor and a two-story, integrated 30,000sf fitness center, complete with a boxing ring and studios for Pilates, CrossFit, yoga, and spin.

The facility, designed by the architectural firm Gensler, of Boston, features a modern, open work environment design and an open ceiling concept.

The architect for the project was Gensler of Boston. Other team members were EE: WB Engineers & Consultants, and GC: Gilbane Building Company both of Boston.

SullyMac’s installations required highly detailed workmanship, as both the electrical infrastructure and office’s elaborate lighting are visible to Reebok employees and clients.

SullyMac commenced work in May 2017 and met the aggressive project schedule, completing work on the 33,000+ hour project in November 2017, when Reebok began moving into its new headquarters. The electrical contracting firm, among the Northeast’s largest, worked on a project team headed by general contractor, Gilbane Building Company, based in Boston.

Commenting on the demands of the project, PM Worobey said, “The Reebok project had a very aggressive schedule given the amount of electrical scope that was required. The SullyMac team had more than 33,000 hours of work to complete in six months, with multi-turnover phases. Our prefabrication coordination team was critical to expediting construction, and achieving Reebok’s project timeline.”