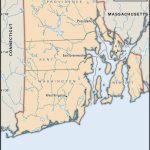 Providence, RI – The construction industry is often an indicator of the economic ups and downs in communities. In Rhode Island, Shawmut Design and Construction is forecasting a year of tremendous growth. Overall, projected revenue will see a 51% increase from $76.6 million in 2014 to $115 million in 2015. With new facilities upgrading R.I. communities, new jobs, and a new approach to collaborative business, Shawmut is excited for what 2015 will bring to the industry and the state.

In Rhode Island, the investment in education has been a constant; in 2014, Shawmut completed numerous projects with Providence universities, including: RISD’s 189 Canal St. building for the Apparel Department, Johnson and Wales’ new Physicians’ Assistant Building, and several projects for Brown University such as extensive renovations to the John Hay and Rockefeller Libraries as well as a new High Density Library Storage Module. Academic institutions will continue to be a major driver of construction in 2015 as well. Shawmut is kicking off several exciting new projects this year, including: Brown University’s New School of Engineering and the New Applied Math Building, St. George’s Science Building renovation and expansion, and Moses Brown’s New Performing Arts Center, to name just a few.

Growth in the construction sector typically translates into job creation. In addition to the hundreds of tradesmen employed through local subcontractors to build these projects, Shawmut’s Rhode Island office increased its operational staff by 10% in 2014 and projects another 22% increase in 2015.

“Shawmut has been a major player in the Rhode Island construction market for almost 20 years now, and the company and our people are both very involved in supporting the local community, so the prospect of adding jobs in our community is very exciting,” said Ron Simoneau, vice president of Shawmut Design and Construction. “We are thrilled to be seeing such amazing growth in Rhode Island. We strive to differentiate ourselves by providing superior results, a highly collaborative approach, and certainty of outcome on every project for our clients. Many of these projects are utilizing Lean Principles and Alternative Delivery Methods such as design-build and integrated project delivery to enhance collaboration and deliver even more value for our clients.”

In addition to the strong outlook in Rhode Island, Shawmut is projecting 22% growth nationally in 2015, across all of our business sectors and all eight of our offices. Shawmut is excited to see the future of construction on the rise in Rhode Island and across the country, providing state-of-the-art facilities and jobs to communities.