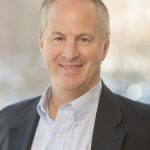 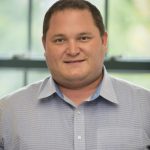 Boston – Shawmut Design and Construction recently announced the promotion of two project executives to directors of its hotels and sports venues divisions.

As director of hotels, Tobin will grow Shawmut’s market share of the hotel industry while continuing to deliver top-notch client service. A key member of the team since joining in 2008, he has cultivated and maintained relationships with some of the firm’s most prestigious clients, including Le Bernardin and The New York Palace.

As director, Geisler will continue to maintain relationships with existing clients and foster new ones. Recent work includes multi-year renovations to TD Garden in Boston.

Tobin’s promotion comes on the heels of the hotels division’s 246% growth over the past three years, and a projected overall 1,000% growth by the end of 2015. As they grow, the team will continue to focus on highly complex luxury hotel renovation projects drawing on extensive experience within occupied environments in tight urban areas.

Geisler’s promotion to director of sports venues is a result of his exceptional leadership, especially on projects for Santa Anita Park and all 30 Major League Baseball parks. Other recent work includes left field renovations to Petco Park in San Diego, extensive renovations to Chase Field in Phoenix for Levy Restaurants, site improvements to Madison Square Garden in New York City, and significant renovations to Santa Anita Park just outside of Los Angeles.

“At Shawmut, we value strong leaders and promote from within whenever possible,” said Randy Shelly, vice president of Shawmut Design and Construction. “Both our hotels and sports venues divisions are in the midst of unprecedented growth and we are excited to watch John and Eric take them to the next level.”

The sports venues division, launched in 2011, has experienced 230% growth over the past three years, with $100 million in revenue projected for 2015. Under Geisler’s leadership, Shawmut will target luxury suite and VIP spaces, food and beverage improvements, team stores, technology and infrastructure upgrades, and base building renovations.