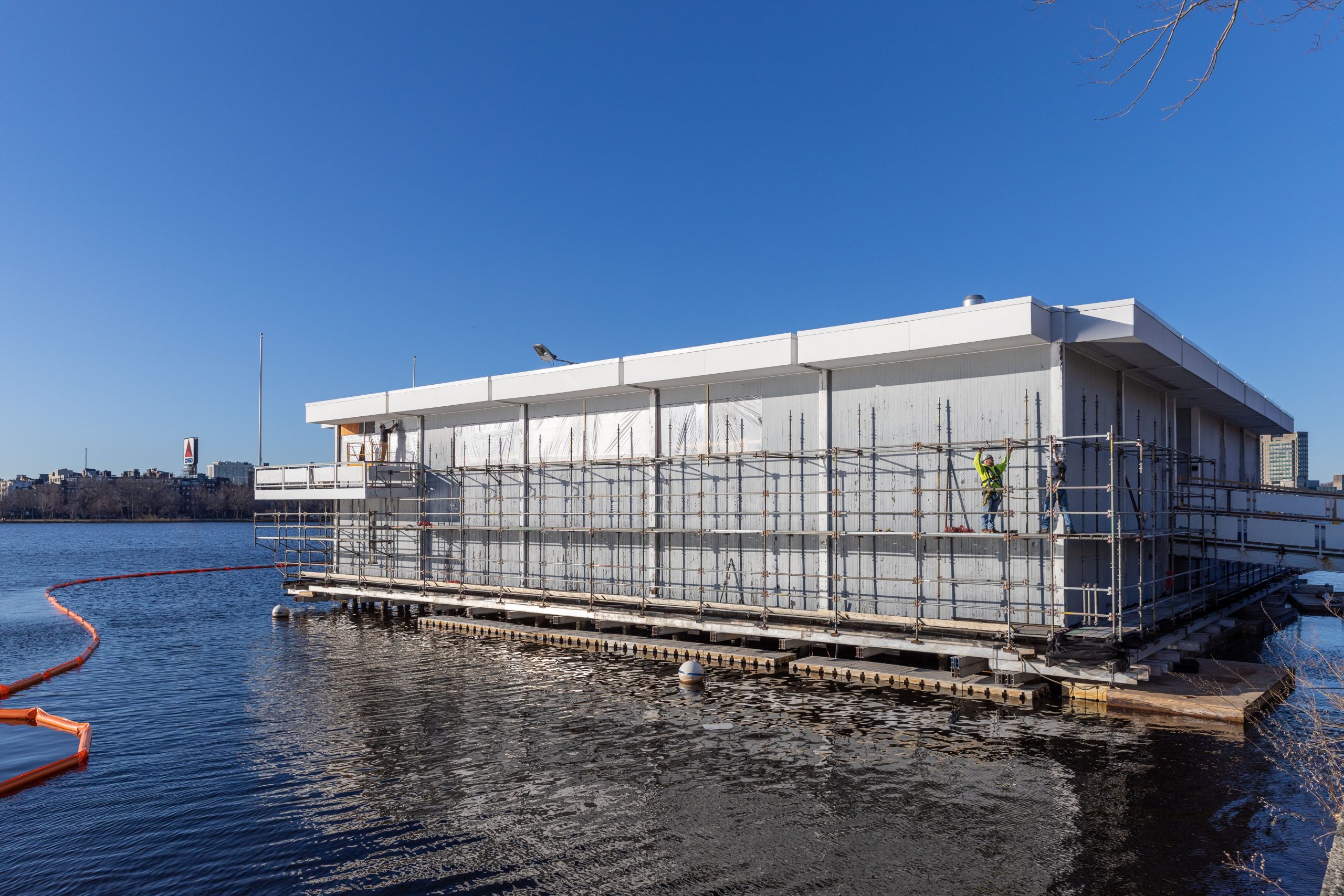 Marr installed systems scaffolding over the water’s edge for renovation work at MIT’s boathouse in Cambridge.

To support the program’s accelerated growth and enhance the experience of the student-athletes and local community, MIT’s 22,000-gsf building is undergoing a complete exterior and interior renovation. 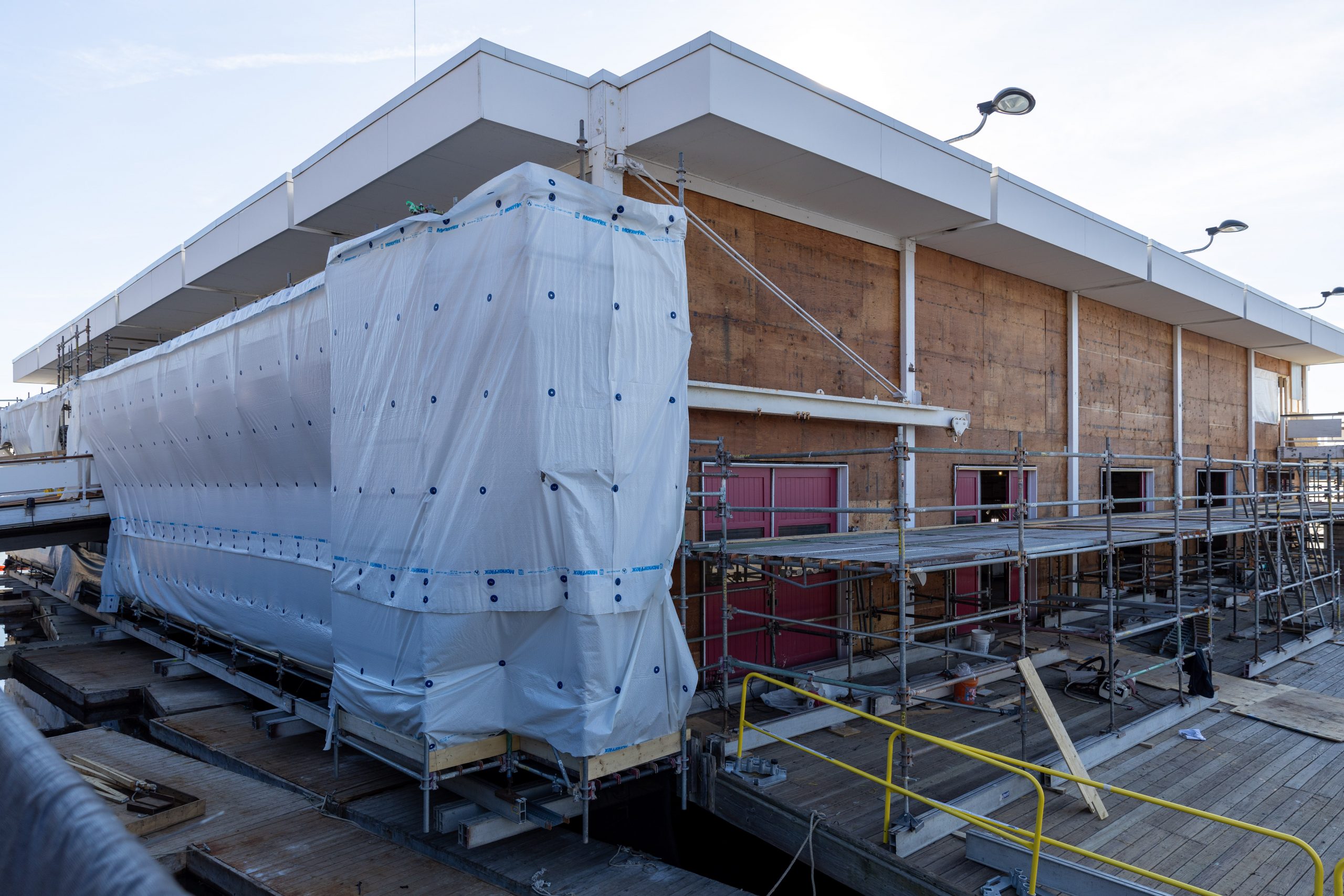 Marr wrapped the boathouse staging in scaffold sheeting to protect workers against the elements.

This revitalized, state-of-the-art facility will receive new windows, a replacement dock for improved accessibility, and a perimeter deck extension for added access.

Inside, a variety of updates include redesigned locker rooms, offices and meeting spaces, and increased training and workout spaces.

In February, Marr Scaffolding Company’s Scaffold Division began work for Shawmut Design and Construction to provide access to the boathouse’s exterior. Given the Charles River location, Marr’s challenge was to develop a scaffolding system over the water’s edge in the absence of a stable base.

After extensive discussion with Shawmut, Marr’s engineering team designed a scaffolding system over steel beams anchored to the underside concrete slab of the building.

Black Dog Divers were enlisted to submerge fifty 18-foot beams underwater and clamp them into place using threaded rod and angle iron. Once the beams, debris netting and planking were in place, Marr’s crew was outfitted in life vests and proceeded with the installation of systems scaffolding around the building’s perimeter, spanning 400 feet at 28 feet high.

Fortunately, moderate weather conditions and low winds allowed work to run smoothly, despite the more vulnerable location on the water. To ensure future protection against the elements going forward, Marr wrapped the building in scaffold sheeting.

Scaffolding will remain in place through construction completion.