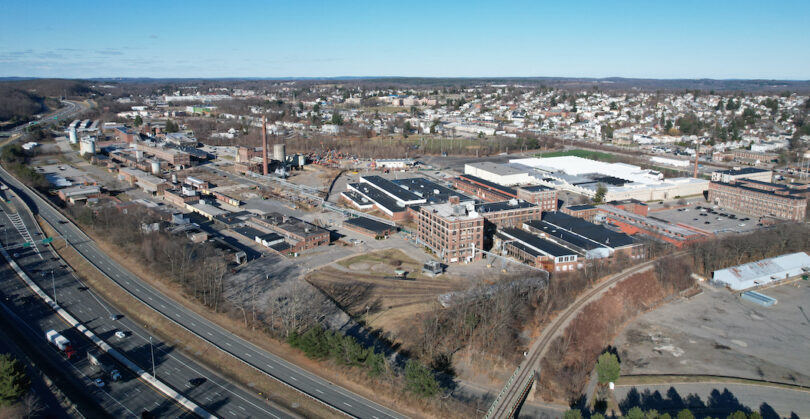 Worcester, MA – Saint-Gobain and the Worcester Business Development Corporation (WBDC) announced its partnership has resulted in Saint-Gobain transferring approximately 51 acres of underutilized land for redevelopment by the WBDC. This revitalization project will be led by WBDC and will focus on restoring and redeveloping unused areas of the company’s campus in Worcester into new, productive commercial uses for sustainable growth.

“For the past several years, Saint-Gobain has explored opportunities to develop the underutilized portions on our Greendale Campus,” said Patrick Dwyer, vice president for Saint-Gobain Abrasives North America. “Through our partnership with the Worcester Business Development Corporation, we found the best solution that will ensure the right sizing of our campus while also providing economic growth for the city. For 137 years, we have been part of the Worcester community, and our partnership with the WBDC and continued investments in our current operations, such as our new $22.3 million electrical powerhouse, signify our long-term commitment to growing in Worcester, remaining a trusted employer, and deepening our community engagement.”

This initiative aligns with Saint-Gobain’s commitment to unlocking long-term value for its stakeholders while maximizing its positive impact on the environment and communities where it operates. The prospective changes will also provide Saint-Gobain with additional resources to support its 1,000-person local workforce in Worcester and enhance its operations there as the business continues to evolve.

“This major initiative is an exciting project for the Worcester Business Development Corporation,” said Craig Blais, president of WBDC. “The WBDC looks forward to assisting in the retention of Saint Gobain in the city of Worcester. In addition, this project plays an important role in the revitalization of this major industrial area of the city. Lastly, and most importantly, the project offers the WBDC the opportunity to turn an industrial site into a green modern efficient development, enhancing the Greendale neighborhood and supporting its residents.”

This project is an extension of the WBDC’s ongoing work with businesses and the city to revitalize the Greendale neighborhood by redeveloping existing commercial properties and improving infrastructure.