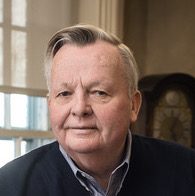 According to the firm, Verrier will be remembered for his pioneering work in historic preservation and adaptive reuse. He made an impact in reviving dozens of mill buildings, schools, and wharf structures for new life as housing and other community assets.

A fellow of the American Institute of Architects, Verrier is also remembered for his support of community and charitable groups, his devotion to family, and his mentorship of young architects.

The following statements are excerpted from an obituary prepared by Verrier’s family:

“Verrier was an exemplary leader, an architectural visionary, and an inspiring mentor. He made a profound difference in the architectural industry, in communities across New England, and in the lives of countless individuals. Verrier inspired generations of architects with a steadfast belief in the potential of architecture to engender civic pride, revive local economies, and transform communities.”

“In his early 30’s, Verrier had begun exploring how architecture practice and adaptive reuse techniques could be a way to restore local landmarks for the benefit of varied communities. Through professional leadership, Verrier promoted the safeguarding and use of our nation’s architectural historic buildings as a civic touchtone, a key to urban revitalization, and a living record of shared history.”