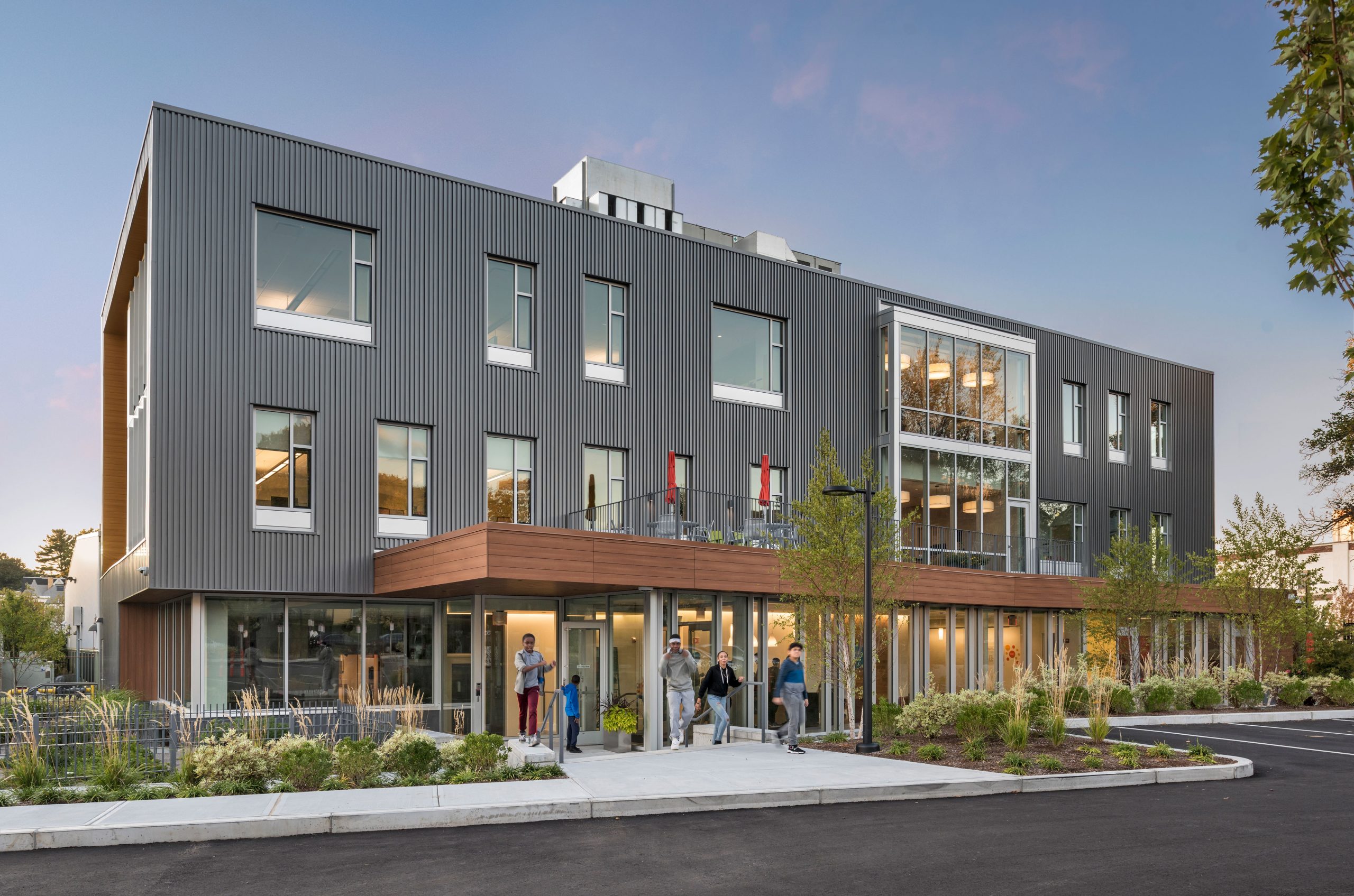 The updated facility, located at its longtime home in Jamaica Plain, allows the nonprofit to triple production of nutritious, medically tailored meals, double the capacity for daily volunteers, and increase the number of food service job training graduates.

Shawmut, in partnership with architect Jacobs, development adviser QPD, and Bohler Engineering, completed the $25 million renovation and expansion, which includes a three-story addition at its 179 Amory Street complex.

The renovation included reconstruction of the existing building to provide additional classrooms, a kitchen extension, and storage. The Shawmut team also expanded the facility with a three-story, 17,000sf building that includes a commercial kitchen, administrative space, and community areas.

Shawmut broke ground in May 2018 and completed work while the organization remained operational on site, eventually relocating administration offices into the three-story addition while the existing kitchen, volunteer meal preparation, and food-service training spaces were expanded throughout.

The new campus positions the organization to expand its service footprint and begin feeding even more critically and chronically ill individuals and their families across Massachusetts. It is set to begin operation in January 2020.