A recent advisory opinion from the Massachusetts attorney general provides important guidance for listing so-called “Paragraph E” vendors – i.e., specialized sub-subcontractors – on trade bid forms for jobs bid under M.G.L. c. 149A.  In a nutshell, the opinion states that trade bidders may make such listings even where the awarding authority has not specifically requested them. Indeed, failing to do so could result in a possible challenge to a successful low trade bid.

“Paragraph E” listings were created as part of the traditional c. 149 approach to public bidding.  Because certain work is almost always sub-subcontracted out – e.g., temperature controls work within the HVAC trade – the bid laws had to allow such delegation, albeit with certain limits.  First, the awarding authority must make clear in the bid documents what work may be sub-subcontracted and even then, it can only do so if that work is: (1) customarily sub-subcontracted within the trade and (2) worth more than $25,000.  If these criteria are met, the sub-bidder must list who will perform this work, and at what price, on Paragraph E of the statutory bid form contained in M.G.L. c. 149, § 44F.  A sub-bidder may also list itself if it customarily performs such work, in which case it need not state a price.

Many trade bidders assumed c. 149A worked the same way, as the bid process is similar.  There are key differences, however.  First, as the advisory opinion notes, there is no statutory bid form in M.G.L c. 149A, § 8, which governs trade bidding.  Hence, unlike under c. 149, § 44F, trade bid forms need not include language restricting bidders to listing only those sub-subcontractors “for which the provisions of the section of the specifications for this sub-trade require a listing.”  Rather, c. 149A, § 8 requires “certification that the trade contractor will perform the complete trade work with employees on his own payroll, except for work customarily performed by sub-trade subcontractors within the trade; and the names of all sub-trade subcontractors to be used if awarded the trade contract and each sub-trade contract sum [emphasis added].”

Hence, the attorney general concluded that listing a sub-subcontractor on a c. 149A trade bid form, although the specifications do not call for such a listing, does not necessarily require rejection on grounds it is an “addition not called for.”  Of course, if the awarding authority’s trade bid form contains the traditional c. 149 “Paragraph E” language quoted above, the result could be different (And even then, the awarding authority may be able to waive the error).  But short of that – or unless the Legislature rewrites c. 149A, § 8 – trade bidders on c. 149A job must list all sub-subcontractors they intend to use, as long as the work is “customarily performed by sub-trade subcontractors within the trade.”  If you are unsure as to whether to make such a listing on a c. 149A job, the safest course would be to make a pre-bid inquiry asking the awarding authority to confirm the listing is appropriate. 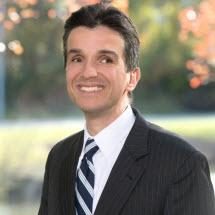 Emanuel Bardanis is a partner at  Corwin & Corwin LLP.