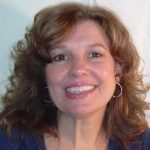 Many retail malls are turning to interior renovations to reignite interest from shoppers. Locally in Taunton, Mass., MGHerring Group and Tricom Real Estate Group are spending $5 million for interior and exterior improvements, including a new escalator in the center of the East Taunton mall. Interior upgrades will include the food court and bathroom renovations as well as enhanced inside lighting throughout the mall.

The Westfarms Mall in West Hartford, Conn. is busy at work on its own building project — a multi-million dollar facelift to the 40-year-old facility. “The company is constantly reinvesting in the mall to keep it fresh and relevant,” said Westfarms general manager Kevin Keenan. “It doesn’t look or feel like a 40-year-old shopping center when you walk through it.”

After a sluggish stretch following the recession, U.S. malls are beginning to show signs of life, with new developments being considered in several states. Second largest contributor nationally, General Growth Properties, is floating a new mall for Norwalk, Conn. as early as 2017. In East Rutherford, N.J., developers hope to create the largest mall in the world, complete with an amusement park and indoor ski slope. In Minnesota, the iconic Mall of America is embarking on a $325 million expansion in an effort to build on its estimated 42 million annual visitors.

While the size of a mall’s roof can be comparable to a football field, maintaining it is a full-time job, but investors know that an ounce of prevention is worth a pound of cure. Large commercial real estate investors and corporations often specifically set aside money in their budgets for preventive roof maintenance. Due diligence in their risk managing has them paying special attention during the winter months when roof collapse incidents are commonly heard throughout the country.

The threat of roof collapse not only poses thousands in costly repairs, but also in lost business income, and more importantly the immeasurable threat to the lives of those in the building. Regular inspections of the roofs and their drains are a vital part to the roof’s integrity and sustainability. Viewing just some of the stories and videos of mall roofs collapsing across the country leaves one to appreciate the vital importance of maintaining the roof’s drains and snow loads.

While interior decorators and design engineers are hard at work to bedazzle and amaze us with their interior designs attracting shoppers to spend their time and money, the investors have to keep their eye on the exterior to protect their investment. As winter approaches, we encourage everyone to be sure a preventive roof maintenance plan is in place. Roof drain flag markers can make regular routine inspection of the drains faster, safer, and more affordable.