Methuen, MA – Portland Stone Ware commemorated its 170th anniversary with a ceremonial groundbreaking for a new, second building on Sept. 18. 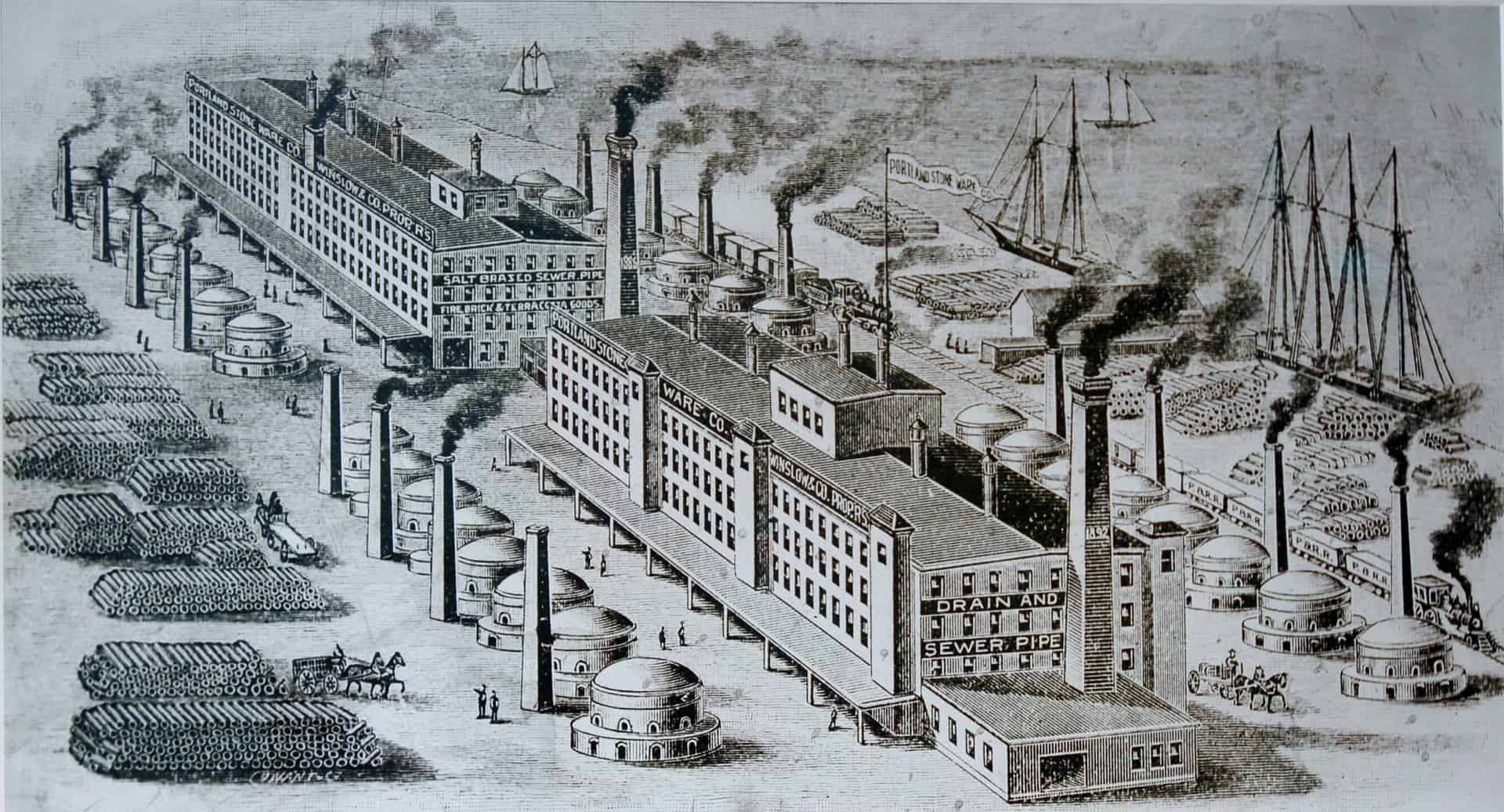 The Schuler family will build a new, second facility on an adjacent property, just over the Dracut town border in the city of Methuen, Mass.

Portland Stone Ware was founded in 1847 by Edward B. Winslow in Portland, Maine. Starting with simple clay pots, jugs, and food storage products, the business quickly evolved into one of the largest fabricators of vitrified salt-glazed sewer pipe and firebrick on the east coast. The company expanded to Boston in the early 1900s, and in 1954 Ronald A. Schuler Sr. joined the firm as a sales representative.

In 1970, when the Portland facility was forced to close to build I-295, Ronald Schuler Sr. purchased the Massachusetts operation in Cambridge and shifted the focus from clay sewer pipes to the Portland concrete-filled columns.

In the late 1970s, Ronald Sr.’s children, Donna Morgan, Ron Jr., and Robert, joined the business and helped expand the product line to serve the lumber and masonry industries.

Walk into the corporate headquarters of Portland Stone Ware in Dracut, MA and you will notice the photos and artifacts which demonstrate the rich history of this family owned company.  After you are greeted by the Schuler family’s dogs and enter the warm, welcoming offices, it should come as no surprise that Portland Stone Ware is marking 170 successful years as a family owned business in 2017.