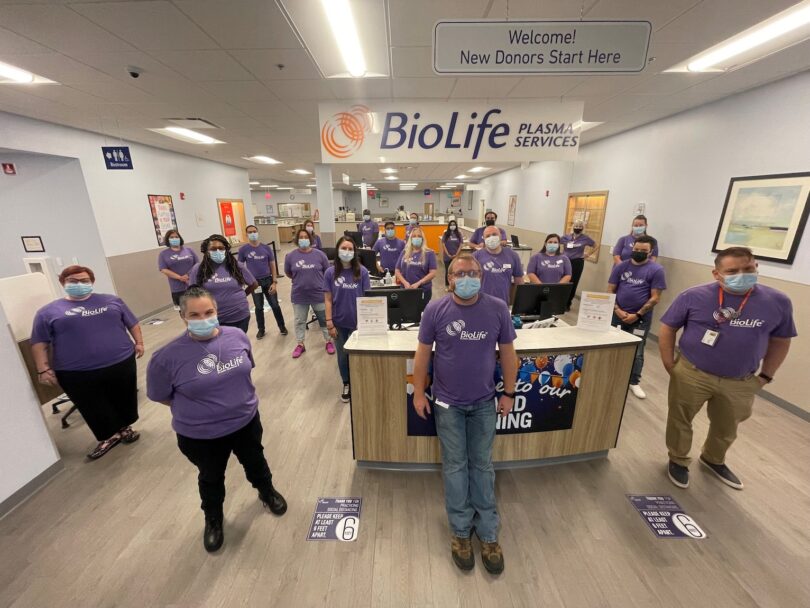 Worcester, MA – BioLife Plasma Services, part of the global biopharmaceutical company Takeda, announced the opening of a new plasma center in Worcester. Plasma donations received at BioLife centers are used to make established therapies that treat a range of rare and chronic complex diseases, such as immunodeficiency disorders, for which there are often no alternative treatments.

“We’re excited that BioLife is opening its doors in Massachusetts, the same state in which Takeda’s U.S. hub is located. This expansion represents our growth around the country, which is a key component of BioLife’s mission to address an urgent need for life-saving plasma, a need that has become even greater during the pandemic,” said Hema Tallman, senior vice president/global head of BioLife.

The Worcester center, the first BioLife center in Massachusetts, will be followed by a second center opening in Medford in the spring of 2022. The Massachusetts centers join a growing network of more than 160 state-of-the-art plasma donation centers in the U.S. Each center will contribute approximately $2-3 million annually to its local community through donor compensation and bring up to 70 new jobs per center.