by Ned Abelson and Justin Rheingold

This Advisory provides a brief summary of both the Massachusetts Brownfields Tax Credits program and the recently enacted Regulations.

The Brownfields tax credit program was initially successful, and continued to be so for a number of years. As the program grew in popularity, however, taxpayers began to experience significant delays in the consideration of their applications. There has also been growing uncertainty about the application review process. In response to these issues, the DOR made available prior drafts of the Regulations in 2020 and 2021, which were just finalized in an effort to provide greater certainty for the program.

The new Regulations supplement the guidance that was previously available in the form of DOR-issued Technical Information Releases and Letter Rulings. The Regulations offer a clearer picture of what response costs are considered “eligible” and provide a more streamlined process for the review and approval of applications.

The Regulations for the first time set out a detailed list of “Eligible Costs” and costs that are not considered “eligible,” as well as a number of examples of each. Among the helpful clarifications is the inclusion of certain costs associated with the removal and disposal of asbestos or asbestos-containing material from a building prior to its demolition, if the soil beneath the building must be accessed and remediated in order to achieve regulatory closure. The applicant must be able to demonstrate that they knew, at the time the asbestos was removed from the building, that oil and/or hazardous material were present beneath the building.

Also eligible for tax credits are costs incurred for the removal of soils that are uncontaminated, if the removal of such uncontaminated soils is necessary to access previously identified contaminated soils. The Regulations also clarify that costs incurred for assessment activities prior to reporting a release to the Massachusetts Department of Environmental Protection (“DEP”) pursuant to the MCP may be eligible under certain circumstances. However, depending on how the DOR implements the Regulations, some of the examples regarding which costs are eligible may be problematic.

The Regulations clarify that an applicant may aggregate net response and removal costs over a 3-year period where there are multiple contaminated sites or “releases” at one property, provided the applicant has not already sought tax credits for the same sites. This will help applicants satisfy the eligibility threshold that the relevant net response costs are equal to or greater than 15% of the assessed value of the property in some instances where the costs associated with individual releases would be insufficient to satisfy this 15% requirement.

The Regulations require DOR to provide a written notification to the taxpayer explaining why a credit was denied and detailing the procedure for appealing the denial. An appeal, which must be filed within 30 days of the date set forth in the notification of the denial, will in most instances only involve the review of the credits denied, and not the credits granted. This is an important change from the Regulations as initially proposed, which would have made a taxpayer’s entire application subject to de novo review.

Taxpayers who have submitted Brownfields tax credit applications to DOR have recently experienced significant delays (often a year or more) in the review of their applications. In connection with the Regulations, DOR released an administrative procedure document, which clarifies timelines and sets forth an expedited review process. Pursuant to the newly released procedure, DOR will contact applicants within 30 days to notify them of their assigned examiner, and applicants will receive an update from their assigned examiner every 60 days. DOR has also established an expedited review process for applicants seeking tax credits of $250,000 or less.

DOR has also communicated that it is planning to hire a dedicated environmental engineer as well as three additional audit staff members. This may help speed up the review process and reduce DOR’s current backlog.

The Regulations provide detailed new guidance concerning how to apply for Massachusetts Brownfields tax credits and which costs are eligible. The Regulations are intended to clarify and expedite the process. Although the requirements remain numerous and are quite complicated, and some are potentially problematic, if you have spent the money and you qualify, then you should make sure to get the credits you deserve. 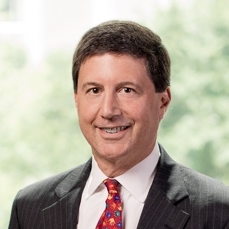 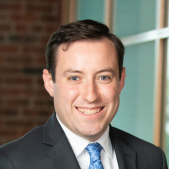 Ned Abelson is director, and Justin Rheingold is associate at Goulston & Storrs PC.