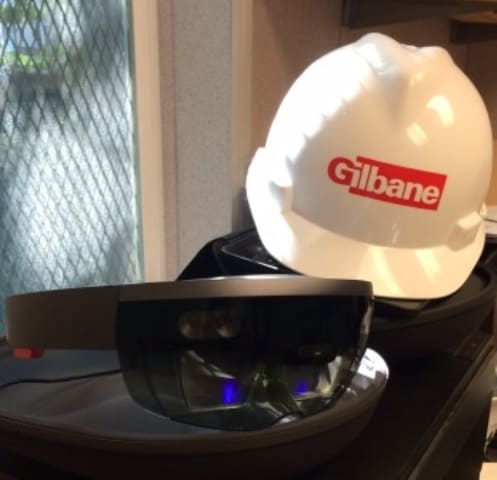 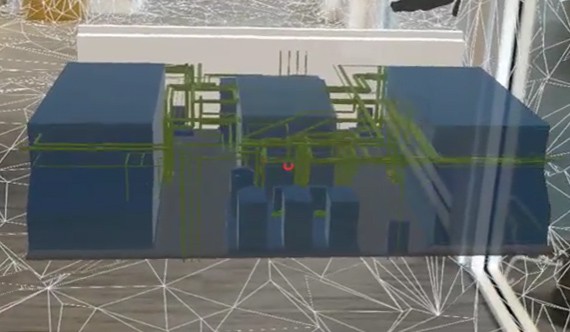 Emerging technologies like mixed reality (MR) are among the new tools available to support resolution of issues in a collaborative, real-time environment before they translate into lost time and money on an active construction site. MR combines real and virtual worlds through the use of wearable devices to merge simulated images into real-world environments.

MR tools bridge the gap between the drawn images in architecture to the final product created by construction. When there is a highly technical and complex construction detail requiring the input of multiple team members, such as the engineer, architect, construction manager, and trade contractor, these technologies offer benefits never before experienced.

As an early adopter of mixed reality technologies, one of the first projects where Gilbane tested MR technology is at the city of Boston’s Dearborn STEM Academy in Roxbury, Mass. The project team has not only demonstrated and recognized the advantages of the realistic features of the technology, it is also being offered as a live teaching tool for use with students in real-time education not typically offered in the classroom.

Microsoft HoloLens mixed reality headset places high-definition holographic images in the user’s actual environment, enabling interaction with the hologram in a fully immersive experience. HoloLens is a head-mounted holographic computer with a transparent lens that allows the user to input 3D BIM images and become immersed in the 3D image, while still seeing the actual physical environment in the background. The result is a truly immersive experience for clients, allowing them to interact with their building before ground has been broken.

The HoloLens, which can be utilized without a hard connection to a computer, is more conducive to onsite utilization, as the device enables the user to still be present in their actual physical environment. HoloLens works with building visualization software from companies like Autodesk and Trimble. Gilbane was selected by Microsoft HoloLens to be one of the first to receive the development edition of this game-changing technology and received the headset in May 2016.

Gilbane’s project teams have successfully utilized the Microsoft HoloLens in a variety of applications, from enlarging a 3D hologram mock-up of steel structures, to viewing the BIM model of the mechanical, electrical, plumbing, security, and technology systems above the ceilings during construction. On the Dearborn STEM Academy in Roxbury, through the use of the HoloLens, an issue with the structural frame was identified that would not have been represented on the two-dimensional plans. Due to the building geometry, the structure as designed would not fit within the building envelope.

Utilizing the HoloLens during MEP coordination, the team mitigated potential “hits” before the systems were installed, saving valuable time and budget during construction. Incorporating lessons learned and information discovered during preconstruction and coordination with the HoloLens, fabrication and installation durations have improved. The HoloLens has also been utilized to demonstrate the location of important mechanical and electrical equipment to building officials and end users, allowing them to effectively plan for eventual turnover and operation of the building.

According to John Myers, senior virtual design and construction manager with Gilbane in Boston, the use of MR to increase the effectiveness of design, construction, and operation of facilities is becoming more commonplace and could potentially become customary in the next few years as affordability improves. “We build buildings in 3D, we think about them in 3D, so why wouldn’t we portray them in 3D?” notes Myers.

Gilbane has invested heavily in technology accelerators that add value for its clients and their stakeholders. Through the use of the HoloLens, BIM, and other advanced mixed reality tools, Gilbane continues to power efficiency on Lean construction projects.