According to data from the CDC, each year in the U.S. there are on average over 700 deaths, 900 hospitalizations, and 67,000 emergency room visits due to heat. The problem is exacerbated in dense urban areas that are predominantly impervious surfaces with very few trees for shade and cooling. In fact, there can be as much as an 18-degree temperature difference between shaded areas and areas in full sunlight.

An urban heat island (UHI) effect occurs when dense, urban areas with high concentrations of impervious surfaces amplify ambient air temperatures in comparison to surrounding, less developed areas. The major causes of the UHI effect include release of heat from equipment, lack of vegetation, and increased heat absorption by materials like asphalt. 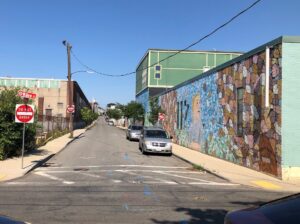 The City of Chelsea, advocacy group GreenRoots, and Weston & Sampson used funding from the Massachusetts Municipal Vulnerability Preparedness (MVP) program to study the UHI effect in Chelsea, Mass., the second most densely populated city in the state and an environmental justice community. This status indicates that residents are disproportionately more vulnerable to environmental conditions such as extreme heat due to several socioeconomic factors.

Nine “hot spot” areas were identified and categorized into “existing hot spots” and “emerging hot spots.” Based on the type of land cover and social vulnerability index, three out of the nine were selected as potential candidate areas to prioritize. The project team then determined one site, centered around the local Boys & Girls Club, as a “cool block” project area to implement pilot UHI mitigation strategies. 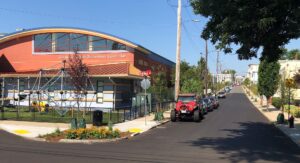 The Chelsea UHI project will serve as a proof-of-concept in Chelsea and other areas for modeling urban heat and identifying, testing, and implementing new mitigation strategies.

Installation of these improvements began this past spring and summer and the city is pursuing partnerships with private owners for pilot retrofits of mid-lifecycle synthetic rubber roofs. The project also involved placing a series of sensors in strategic areas to measure actual changes in air temperature, relative humidity, and dew point during pre- and post-project periods. The project is expected to serve as a proof-of-concept in Chelsea and in other areas and for modeling urban heat, identifying heat mitigation strategies, and testing and implementing new strategies. 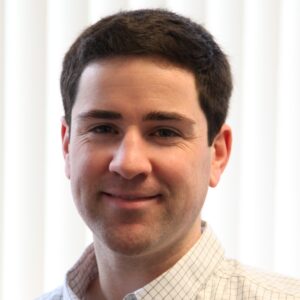 Tim Corrigan, PE is a team leader at Weston & Sampson.