… and it Could Affect Your Project in Construction

You may have heard about the new national elevator code, and you may be trying to make heads or tails of it.

Windover Construction’s manager of MEP services, Charlie Romano, explains the new code and how it may affect current projects in construction.

As of January 1, 2018, Massachusetts adopted the 2015 International Building Code (IBC) with amendments, also known as the Ninth Edition. Among other changes to the international code, this update eliminated the need for hoistway ventilation in elevators. However, Massachusetts published the following amendments to Chapter 30 of the Ninth Edition, which references elevator building code: 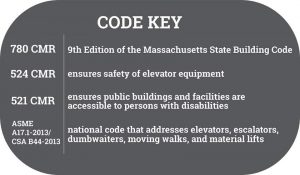 What does it mean?

Essentially, the Massachusetts amendments to the ninth edition of the IBC were published to conform with 524 CMR, which incorporates ASME A17.1-2013/CSA B44-13, which, as of December 1, 2018, requires (in Part 2, Section 2.1, paragraph 2.1.4) control of smoke and hot gases. The only way to comply is to ventilate the shaft of the elevator.

Therefore, for projects that are in construction, elevator installers in Massachusetts are being required to submit a ventilation plan with their elevator permit application. We feel the best way to comply is to refer to 780 CMR Eighth Edition, Chapter 30, Section 3004 which outlines hoistway ventilation design.

In addition to hoistway ventilation changes, 524 CMR by inclusion of ASME A17.1-2013, Section 2.2, paragraph, 2.2.2.3 requires that “permanent provisions shall be made to prevent accumulation of ground water in the pit.” If a gravity drain cannot be installed, a pump will now be required in elevator pits if the elevator is equipped with Firefighters’ Emergency Operation, per 2.2.2.5. Pumps shall have a capacity of 3,000 gallons per hour and shall be provided with a positive means to prevent water, gases, and odors from entering the hoistway. Drains and pumps must comply with applicable plumbing code. Most jurisdictions will require an oil minder pump to prohibit the pump from operating when oil is present (hydraulic oil). 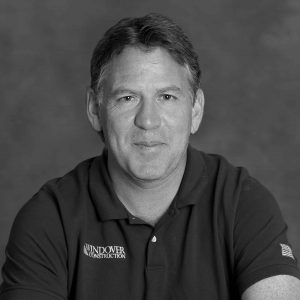 Charlie Romano is manager of MEP services at Windover Construction.