On March 28, the U.S. District Court for the District of Massachusetts held that an employer was entitled to $1.6 million in damages for lost profits as a result of a former employee’s breach of non-competition and non-solicitation restrictions.

In short, NuVasive, a manufacturer of products used to treat spinal disease, filed a lawsuit against its former sales representative, Timothy Day, alleging that Day breached his non-competition and non-solicitation obligations after he ended his employment at NuVasive. Day’s non-competition restriction prevented Day from working for a competing business for a 12-month period post separation from NuVasive, and his non-solicitation restriction prevented Day from soliciting or calling upon customers with whom he had worked during his time with NuVasive for any purpose other than for the benefit of NuVasive.

Day worked for NuVasive from August 2011 through April 2019. Rather than adhere to his 12-month non-compete, Day immediately joined a competitor, Alphatec Spine, Inc., on April 1, 2019. After joining Alphatec, Day repeatedly and successfully called upon customers with whom he had worked during his time at NuVasive to sell Alphatec products. As a result, NuVasive endured a significant loss in profits.

Day failed to preserve text messages by replacing his phone and lost all text messages from the time before he left NuVasive, along with text messages from his initial time at Alphatec. The court did not credit Day’s argument that he inadvertently lost the data on his phone, and the court adopted an adverse inference because of Day’s spoilation of evidence relating to, among other things, NuVasive’s lost profits. 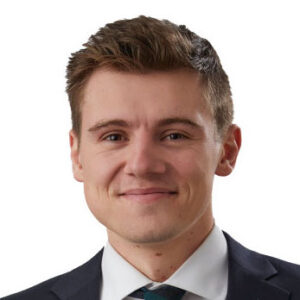 Andrew Winston is a litigation associate for Kenney & Sams.