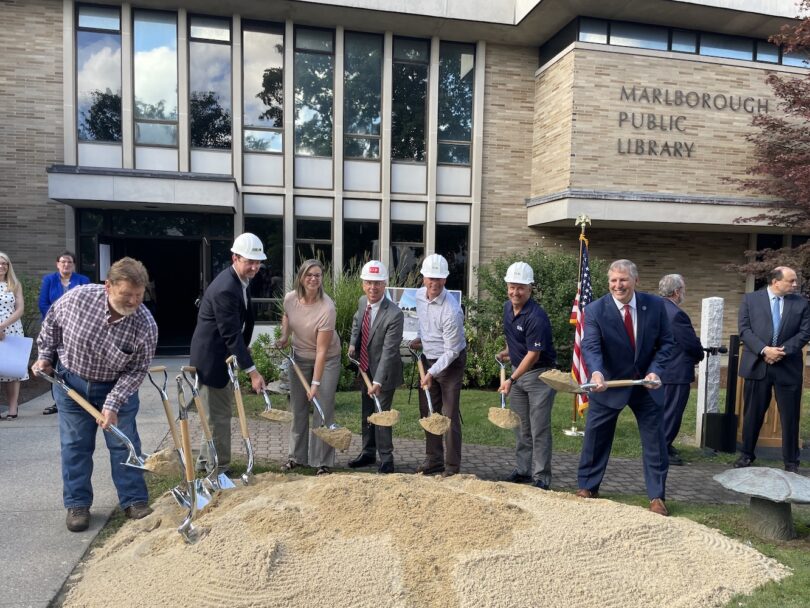 Marlborough, MA – Community leaders from the city of Marlborough gathered in September to celebrate the groundbreaking for the 16,000sf expansion of the Marlborough Public Library.

Built in the early 1900s and last renovated in 1969, the current library lacks room for meetings and quiet study. The design and construction plan will expand the existing facility from 22,300sf to 38,306sf. Most of the existing building will be demolished and replaced with a new addition, but the historic facade and front rooms will be retained and have been incorporated into the design.

During the groundbreaking ceremony, Library Director Margaret Cardello said, “The library aspires to be one of the engines that creates and sustains community in Marlborough. We’ll have the space to achieve this in our new facility.”

To support the expansion project, the City of Marlborough has been granted $10.1 million by the Massachusetts Board of Library Commissions Construction Program. The entire project is expected to cost nearly $24 million, and is slated for completion in the spring of 2023.