by Matthew A. M. Lash 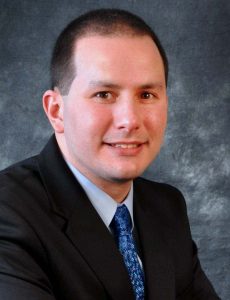 The sun will soon set on solar job creation in Massachusetts if lawmakers don’t turn up the heat.

Net metering, a mechanism allowing customers to offset consumption by selling excess power their solar electrical systems produce back to the utility grid, is in the cross hairs. It is a crucial catalyst for solar deployment. Because of the solar industry’s explosive growth — Massachusetts had the fourth most new capacity nationally in 2014, with 12,000 jobs born to date — caps on net metering were quickly met in National Grid’s service territory, effectively stalling future projects in shovel-ready regions.

The State Senate recently passed legislation to raise the cap but still needs approval from the House of Representatives and, ultimately, Gov. Charlie Baker. Until then, the commonwealth’s green economy will languish under current caps that constrain how much energy utilities must accept from local solar projects. Without the ability to trade excess power, solar’s full economic benefits go unrealized.

Generally, 20 electricians are hired per megawatt of solar installed. The 7,500 members of the International Brotherhood of Electrical Workers Local 103 and over 200 National Electrical Contractors Association employers are already suffering the repercussions of harmful regulatory obstacles: mass job loss while the construction industry still recovers from the Great Recession. Even worse, the short New England construction season is quickly slipping away while politicians do nothing.

Waltham’s Mass Electric Construction cut its workforce by over 100 employees because two $14 million, six-megawatt municipal solar farms — one of them developed with former Congressman Joseph P. Kennedy II’s Citizens Energy — are on hold. A 1-megawatt, $2.5 million solar investment in Newburyport slated to be installed by Bradford’s All Pro Electric was axed after net metering obstacles scared labor-friendly investors. Almost 18 megawatts of municipal solar with union-friendly Ameresco, including 3 megawatts for MassDOT along the Massachusetts Turnpike, are delayed — robbing communities of clean, affordable energy. At IBEW Local 223 in Taunton, 100 solar electricians are collecting unemployment instead of building projects.

Over 48 megawatts of solar in National Grid’s area are currently on hold, according to the Massachusetts System of Assurance of Net Metering Eligibility, placing almost 1,000 electrical jobs in harm’s way. What’s more, every day the legislature fails to raise the caps, $3 million in private investment to Massachusetts is squandered, as well as $1 million in federal solar investment tax credits.

Job loss as a result of economic factors beyond our control is awful, but it’s especially egregious when a bureaucratic logjam is the culprit. Make no mistake: House lawmakers and Gov. Baker can save the 12,000 jobs supported by solar and thousands more that could be created by raising net metering caps as soon as formal session begins in September. At a minimum, they must raise the net metering caps to align with the 2016 federal solar tax credit expiration as legislators craft a longer-term plan. Anything less will undoubtedly destroy the solar marketplace.

Visionary leadership and a cutting-edge workforce have positioned Massachusetts as a national renewable energy leader. Now is not the time to cut the lights.

Matthew A. M. Lash is the director of business development for the International Brotherhood of Electrical Workers Local 103 and the National Electrical Contractors Association of Greater Boston.