When Kaplan’s first female project manager was hired in 2013, the company was on the precipice of a generational shift. In the years since this transition, some significant female-centric changes have taken place. First, the company became majority-owned by a woman, COO Jane Kaplan Peck, who ushered her family business into its second generation. Second, Kaplan Construction became certified as a Women Business Enterprise (WBE). Third, Kaplan expanded its project management team to 60% female. Today, Kaplan’s staff includes five female project and assistant project managers. 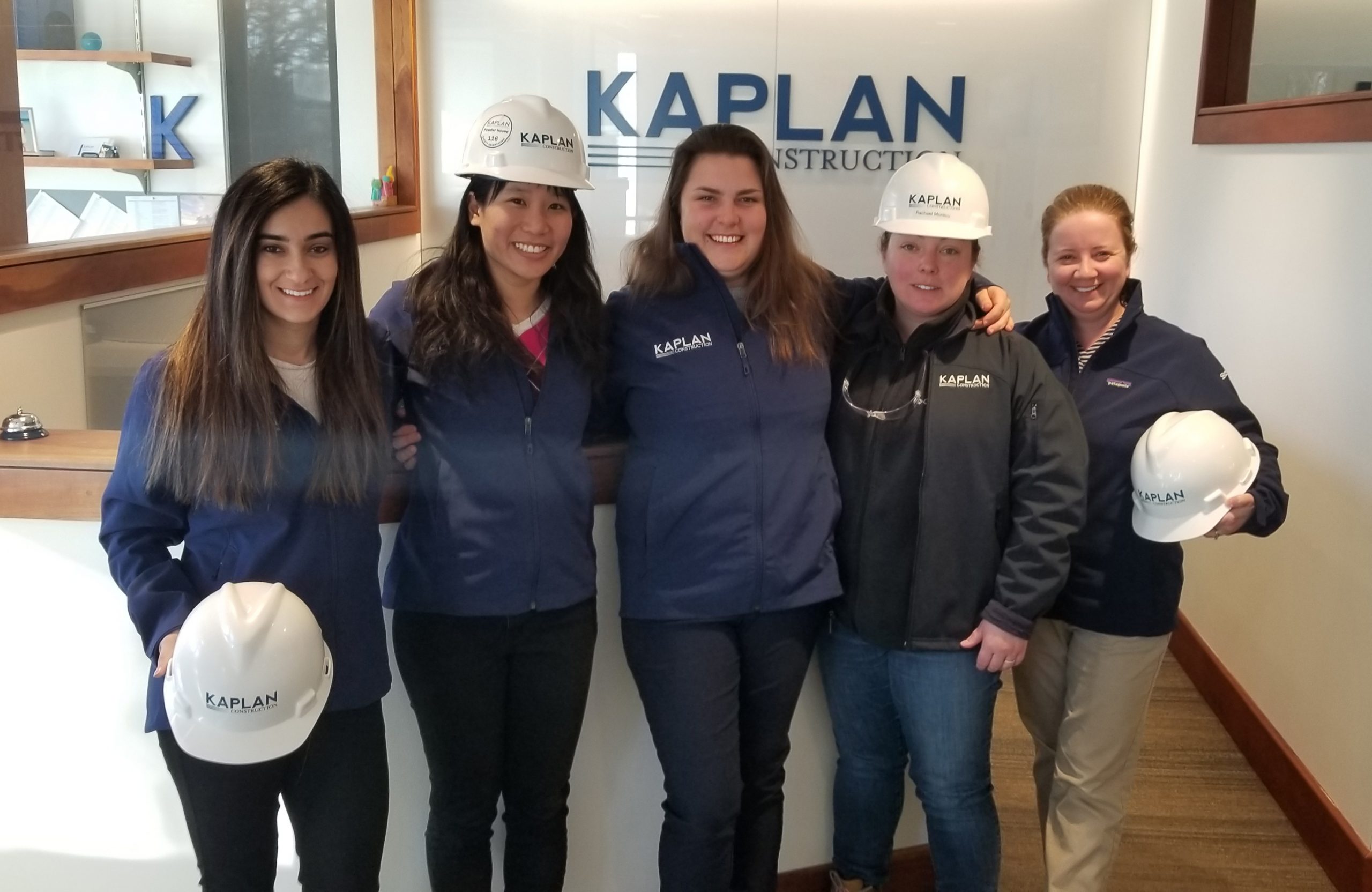 A 16-year industry veteran, Rachael is used to being one of the few women in a room. After earning her degree at Wentworth Institute of Technology, Rachael began her career as a field engineer and held various positions on and off site before settling into her current role as project manager. Today, Rachael not only serves as a mentor to Kaplan’s PM staff, but outside the office as well, recently speaking at a local school’s GAINS (Girls Advancing in STEM) Club. Mental toughness and an ability to “let things roll off my back” have been her secrets to success.

With nearly 20 years in the industry, Heidi started her career in design before transitioning into project management. Heidi’s background, along with a degree in architectural engineering technology, gives her a unique, binary perspective in design and construction – one that serves her well with owners, architects, and engineers alike. Heidi is currently managing the ground-up construction of a five-story, 20,000sf education center in Brookline, Mass. for the Center for Partnership in Early Education (CPEE).

Jacqueline’s interest in architecture and construction was sparked at an early age when her father designed and built her childhood home. This eventually led her to pursue her master’s in engineering management at Cornell University, where she was mentored by “amazing” professors with backgrounds in building materials and construction management. Jacqueline’s advice for future women in construction? “There is power in asking for what you want, and being afraid of hearing ‘no’ shouldn’t stop you.”

Rochelle is Kaplan’s newest assistant project manager, serving as a crucial liaison for the project team, as well as ensuring a consistent line of communication to achieve design and construction goals. Rochelle recently helped bring to completion a new 42,000sf mixed-use apartment building in Brookline’s Coolidge Corner. “I really appreciate the gender-balance that Kaplan offers,” Rochelle expresses. “Kaplan is a female-forward company from the top down.”