For many years, Boston has been the world leader in the life science industry, with startups and global giants alike competing for talent, as well as real estate. Last year, a report from commercial brokerage firm CBRE ranked the area as the number one destination for recent graduates interested in the field, as well as first in funding from the National Institutes of Health. It also ranked the region second in total sciences employees, right behind San Francisco.

Meanwhile, earlier this year, the Massachusetts Biotechnology Education Fund reported the industry would add 12,000 more jobs in the next five years, bringing the total to approximately 100,000. That makes Boston the second- fastest-growing region in new jobs, a close second to Seattle. For a long time, it has been hard to imagine this momentum – which has driven so much of our historic development boom recently – ever slowing.

Of course, 2020 has been largely defined by the impacts of the coronavirus. And when it comes to the region’s real estate, COVID-19 has reshuffled the deck, even threatening one of Boston’s premier economic drivers. However, recent developments suggest the region’s life science industry will continue to thrive, with an eye toward expanding beyond the Kendall Square corridor.

For a long period, the city’s life science real estate boom focused on a few key clusters, such as Watertown and Cambridgeport, sidestepping Somerville and Charlestown and other parts of the Boston metropolitan area. And the Seaport District remains the fastest-growing urban life science hub in the country, with numerous large companies such as Vertex anchoring the neighborhood. However, now the industry is expanding well beyond those districts and other pockets long associated with MIT and Kendall Square. Developers are increasingly seeking alternatives to traditional spaces by eyeing new projects in places like Boynton Yards and Assembly Square in Somerville, as well as Charlestown’s Hood Park campus. And outside Somerville’s Union Square, the debut of a new lab facility will coincide with the completion of the new Green Line trolley extension.

In other parts of Massachusetts, a $473 million renewal of the 2018 Massachusetts Life Sciences Initiative emphasizes workforce development, public school education, and geographic dispersion of life science activity in central and western Massachusetts. An additional $150 million has recently been made available in tax credits tied to new hiring in regions across the state.

Greater Boston’s life science industry’s recent growth is a natural extension of the city’s world class-institutions, namely its schools and medical facilities. This ecosystem remains the ideal setting for life science companies whose technologies and products often take years to develop. That is why over 500 life sciences and biotechnology firms are based in Boston and Cambridge alone, with over 100 more located in the suburbs. As long as the Commonwealth’s dominance in funding and talent is maintained, the life science industry will become more than a Boston, or even eastern Massachusetts tentpole, but flourish as an economic engine statewide. 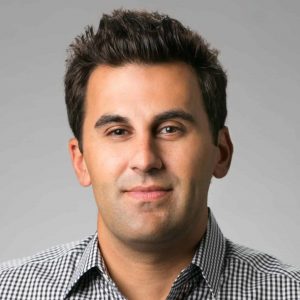 Matthew Guarracino is a principal at JM Electrical Company.