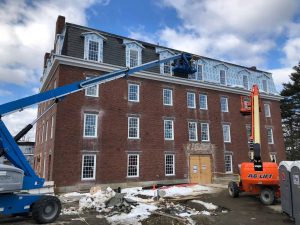 A 196-year-old, 20,000sf building in Newton, Mass., will soon serve as a home to senior and guest residents. The historic five-story structure, known as Farwell Hall, is now part of a 55,000sf senior living community that was upgraded for Benchmark, a provider of senior living in the Northeast, by Erland Construction and Bechtel Frank Erickson Architects.

In addition to the renovation, the team constructed a 35,000sf addition to support both resident and guest members as they age, focusing on a new approach to memory care. This renovation and new construction will provide the space for innovative programs and practices to those interested in preventing or managing memory loss. 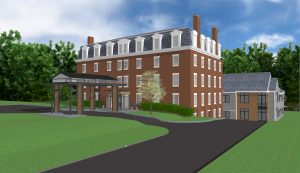 Residing on approximately 23 partly wooded acres in Newton Centre, the location of this new community was originally the site of an 18th-century country estate. It was once the site of the Andover Newton Theological School and has sweeping views of Boston and the Blue Hills. The community is a short walk from Newton Centre village with many shops, restaurants, and an MBTA station with trains to downtown Boston and Cambridge. With trees lining the site, it is a rare open space in a densely developed Boston suburb. 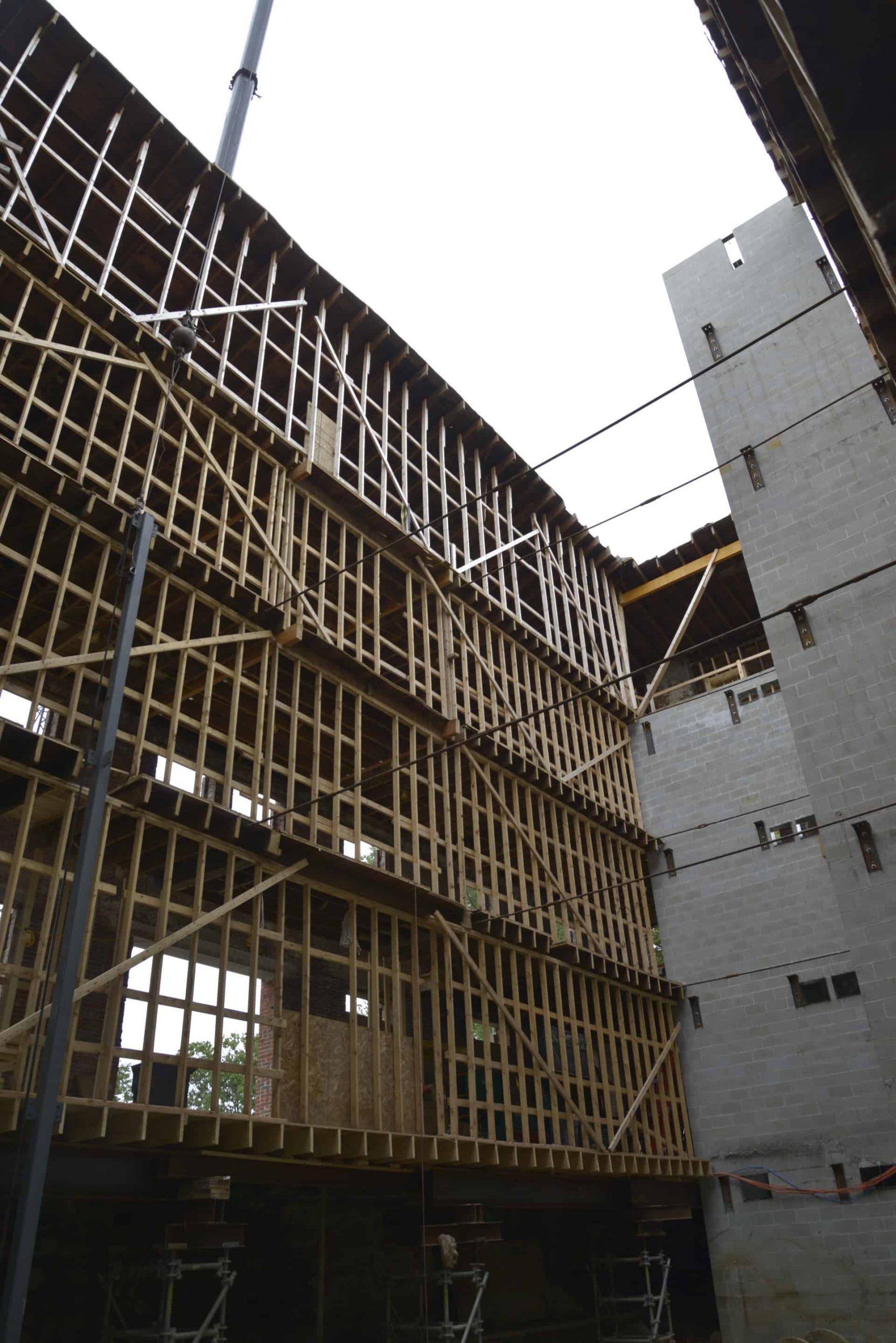 Farwell Hall was constructed in 1828. It is a substantial wood-framed structure with brick exterior and a mansard roof. Over the years, there have been several renovations/additions to the centuries-old building, including added steel supports and stairs, an addition to the fifth floor, and MEP upgrades.

To meet today’s industry standards, modifications to the existing building include lowering the ground floor slab on grade by 3 feet, adding two new sets of stairs and an elevator, upgrading structural supports and seismic systems, installing new utilities and windows, and completely renovating the interior.

After weeks of evaluation and deliberation, the project team decided that the existing wood-framed structure would need to be partially gutted. This meant the centuries-old exterior brick façade would need to be temporarily supported while the masonry stair and elevator shafts were installed and its new steel skeleton was in-filled.

Erland teamed with Safeway and Shawnlee for the shoring and SMS Services for the demo within Farwell Hall. The shoring process had to be done from the ground up, floor by floor. Safeway provided the shoring within the basement, and Shawnlee contributed the shoring for each additional floor. Once that was completed, SMS services came in and demolished each floor in sections to accommodate the installation of lateral bracing and construction of the stair and elevator shafts.

In addition to determining the best plan of action for demolition and reconstruction, the project team also had to decide just how they would erect the building’s steel skeleton. It was decided that after each floor was completely shored, Erland and Shawnlee would use the 24-foot x 85-foot opening in the roof to use as the entryway for steel delivery. After this was done, Jay Steel installed the steel clips and anchors needed inside the building to prepare the space for steel erection.

In a matter of days, Jay Steel arrived back onsite to erect Farwell’s steel frame. Piece by piece, through the roof of the 196-year-old building, the interior successfully came together. The centuries-old exterior was able to withstand the complete gut renovation and steel in-fill.

Today, the historic building stands with a brand-new skeleton — soon to be home to many memory care residents.